A Searing Take on Black Male Anger and Rage 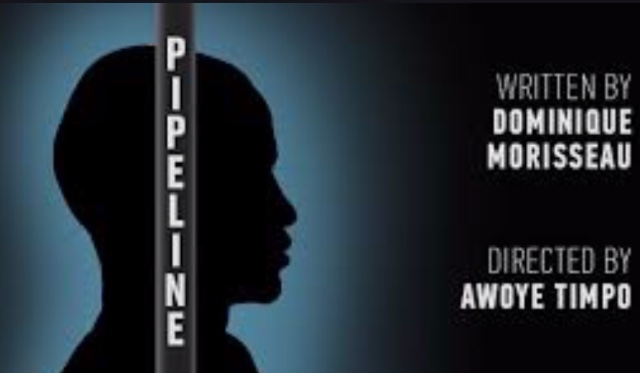 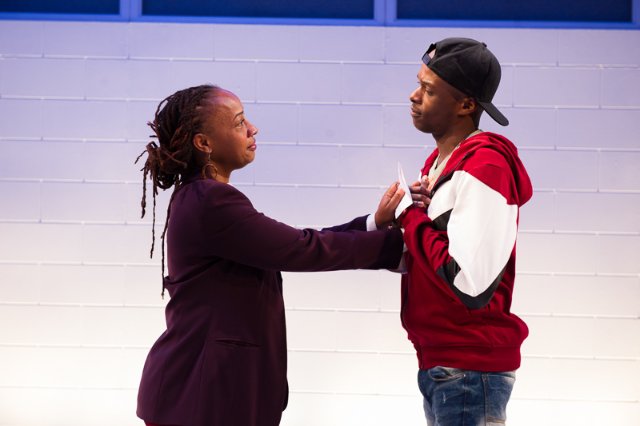 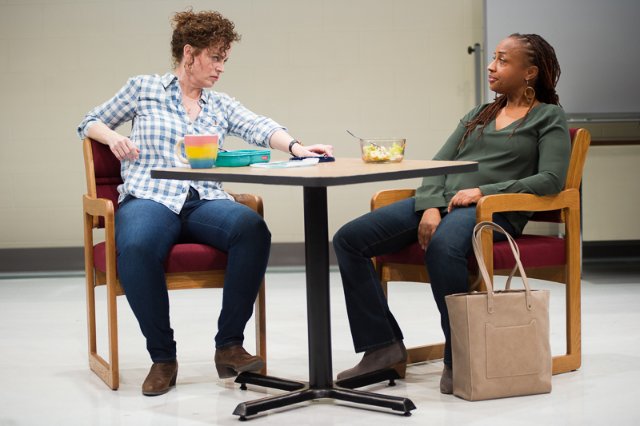 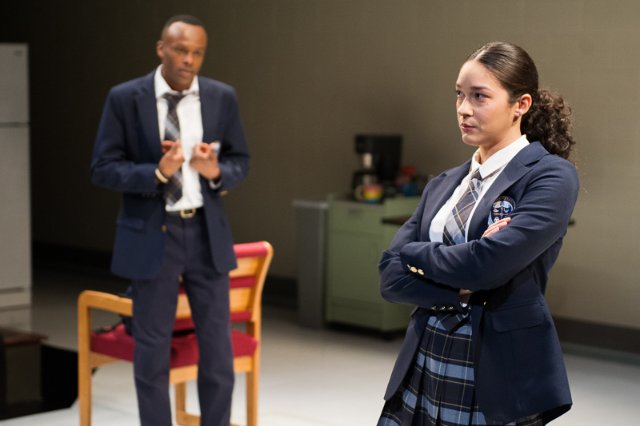 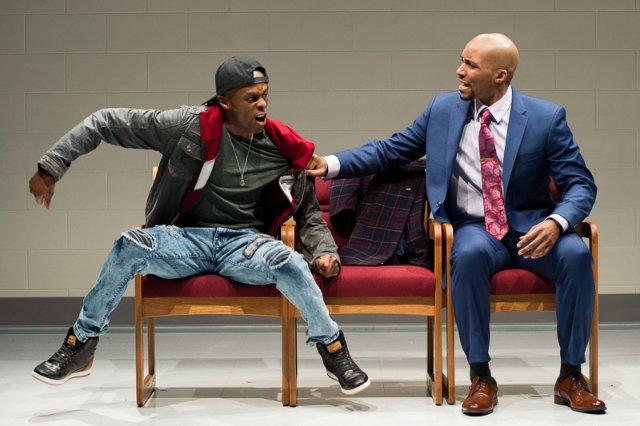 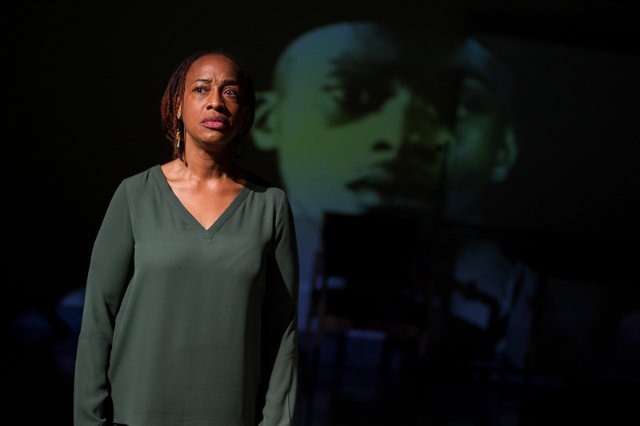 Pipeline by Dominique Morisseau opened at Lincoln Center Theater in July of 2017.  Since it premiered, the play, a multi-faceted look at the 'pipeline' young black men travel from high school to prison, has had more performances across the US than any other play. It is easy to understand why.  This powerful presentation of the role of parents, teachers, security guards and administration in this all too familiar path, the play provides rich opportunities for actors.

Mother and teacher Nya is a dedicated teacher in an overcrowded public school. Its menacing atmosphere is gargantuan in projected giant images that splash across the stage's rear wall.  The set is spare, contrasting with these images.  This emphasizes the texture of the school experience in our overwhelming current culture.

Nya's son has struck his teacher after the teacher has repeatedly demanded that he explain his personal reaction to Richard Wright's Native Son which the class is reading.  Sensing that he is being asked because he is black, Omari's rage and anger rapidly escalate.  His relationship with his girlfriend is beautifully drawn as the play opens.  The mixed emotional terrain of life at home with his mother, and the ambivalence he feels for his interested, but absent father, are all on stage.

In a parallel story, a white female teacher gets in trouble for trying to break up a fight when she can't reach a security guard.

Schools are faced with problems well beyond educating students.  It might be preferable to have these issues tended to at home, but they most often are not.  This leaves our schools as the central arbiters of growing up, and the seemingly insurmountable task of keeping children safe for learning.

Director Awoye Timpo tackles the issues raised in Pipeline with passion and purpose. The cast is not only fully immersed in the backstory of the characters, but  unsettling bits and pieces of newsworthy chaos in our urban schools.

The audience is invited into 'up-close and personal' interface with the issues. Strung in a lesson plan from Richard Wright to Gwendolyn Brooks, we are in life's classroom.

Laurie (Pilar Witherspoon), is a dedicated white teacher at the problem-ridden High school.  Nya (Andrea Harris-Smith) the protagonist, provides a provocative insight into the frustrations and aspirations of teaching against the tide.

For Nya the painful reality hits close to home when her only son is expelled from a prep-school for hitting a teacher. Harris-Smith as the emotionally distraught mother and father Xavier ( Bjorn DuPaty) play-out the despair that successful parents feel when their successes have been powerless in the face of negative social “norms”.

Their adolescent son, Omari (Justin Weaks) stands in the uncomfortable space between childhood emotions and the demands of adult social roles. His girlfriend Jasmine (Monica Rae Summers Gonzalez) wants to offer support outside the high school 'he-loves-me-he loves-me-not' anxieties. Gonzalez is compelling as a spirited spitfire. She articulates the ungainly paradox of being sent to a prep-school to become 'better' among wealthy children who are indeed no better equipped to be rational adults than she.

The irrational expectations that social roles place on us are not confined to adolescent anxiety. Witherspoon must act to save the life of a student being beaten by another when African-American security guard Dun (Ro Boddie) cannot reach her in time. Witherspoon and Boddie carve out complex roles which prevent them from doing what they know is right. Acting both within and outside of social 'norms', they show us they are doing the best they can under the circumstances that do not support excellence.

Gonzalez and Smith-Harris both hold their own in a drama in which their monologues provide us with the windows into the heart of the script.

The people who are really let off the hook are not on stage.  The large figures created by the actors make us feel how forceful the outside world's impact is. This is a provocative evening of theater.