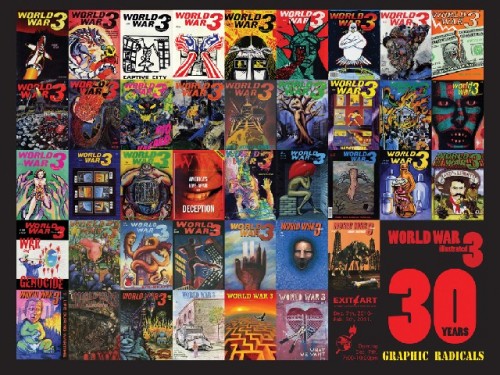 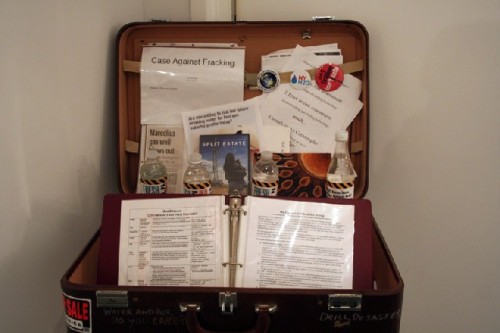 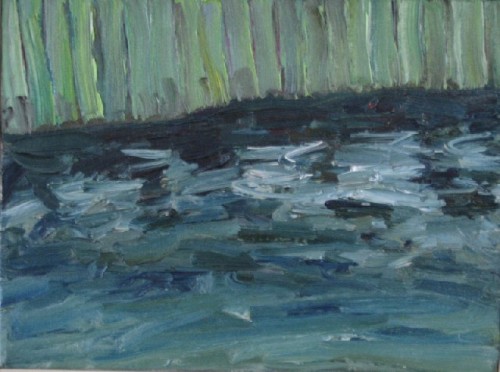 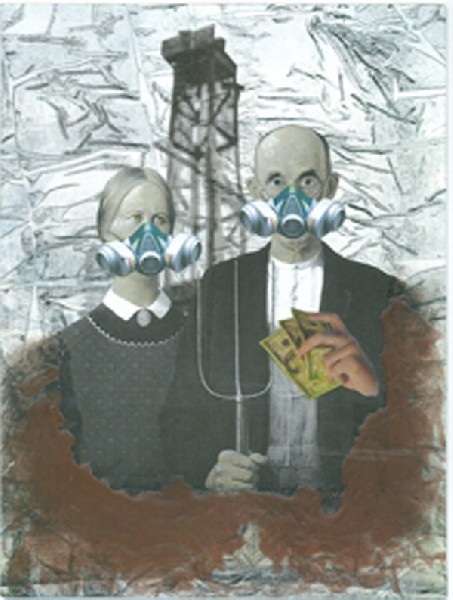 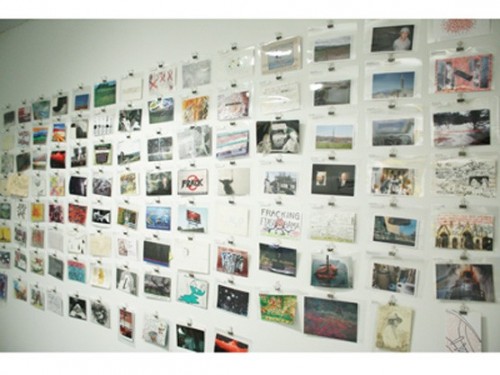 Wall of postcards submitted by the public and the exhibiting artists

Art has always been a medium to represent human experience from the earliest forms of pre-historic art through the New Humanists of the post-modern era.  By way of its aesthetic means, art presents unique visions of social, political, and environmental issues that permeate everyday life. There have been times however when art sought to distance itself from contemporary issues and exist as formalim that puts more importance into the visual techniques (line, color, shape, and the artists' process of art making) than in the ideology of the creator.

In the 21st century a focus on social and environmental justice and unity is ever more important within the cultural sphere. This approach can be evident for linking progressive ideas for socio-cultural and ecological reform and preservation on a large scale.

Those who follow this agenda have turned their attention to exhibitions that concentrate on sociologically centered artwork or ecologically inspired art. Exit Art is a notable venue that highlights the way  that art reacts to contemporary agendas. By bringing up issues that are under represented in the art world, Exit Art is one of the few spaces to "get it right." All to rarely do we see shows that involve us in an important local or worldwide issue.

There are two congruent exhibitions at Exit Art: Graphic Radicals: World War 3 Illustrated (D and Fracking: Art and Activism Against the Drill.

Graphic Radicals: World War 3 Illustrated which is featured on the gallery floor is a retrospective celebrating thirty years of World War 3 Illustrated, an independent, political comic magazine (http://www.worldwar3illustrated.org/). The publication was founded in 1980 by two artists Seth Tobocman and Peter Kuper to confront the Iranian Hostage crisis and the  election of Ronald Reagan. For the last three decades the independently published comic has  concentrated on issues not covered by mainstream media.

It is interesting to see these comic book pages enlarged and presented as images of social protest. The pages reflect specific themes in social justice such as a rally for peace, a protest against violence, a call for change in policy (progress), as well as a focus on the importance of human and environmental equality; both nationally and internationally.

Unlike many of the graphic novels and magazines that take a paradoxical approach to socio-cultural events, there is more than blatant satire among the pages of World War 3 Illustrated. The magazine presents both vulgar and poignant images and has an ominous, foreboding tone. However, it is not all doom and gloom as shown in one of the more recent issues, #40, titled "What We Want."  In this issue, the magazine asked its contributing artists to suggest proposals for progress and a better world for everyone.

Many of the artists have been active within the socio-cultural sphere, such as Mumia Abu Jamal, the former Black Panther member and radio journalist, who is currently a controversial death row prisoner and political activist.  He has written many progressive articles on issues in Western Culture. For a complete list of artists see  http://www.exitart.org/.

The visual message for cultural freedom within the pages of the magazine is even more relevant since the recent reemergence of the ugly and repressive "Culture Wars." Artists and artworks have been under attack by fundamentalists, such as the censorship of David Wojnarovicz's A Fire in My Belly (1987). The work of the deceased artist was removed from a recent show at the Smithsonian Hide/Seek: Difference and Desire in American Portraiture.

World War 3 Illustrated is an important cultural resource that remains uncensored.  Its founders and contributing artists make their voices heard through their imagery. It is piercing through the nonsensical ramblings of fringe organizations.

The exhibition Fracking: Art and Activism Against the Drill, is not only a potent survey of contemporary artists but also a powerful operation of social activism, alternative media, and protest. It is enhanced by the quality of the exhibiting artists' work. Each artist in this exhibition submitted a work of art that centered on the distressing issue of Fracking. This is is a moniker for Hydraulic fracturing.

It is an environmentally devastating process that yields cheap natural gas at a lower cost and faster rate than previous methods from a wellbore drilled into reservoir rock formations. Hydraulic fracturing has been destroying the beautiful mountains by cracking and fracturing rocks, and polluting the watersheds of Appalachia and Central New York. The process is also devastating to the local communities that are being poisoned as the run off from the drilling contaminates water.

The show took a strong position as an alternative media function. It is in reality an art exhibition, but more importantly it is a form of vanguard journalism presented artistically. The artists all became activists and some activists became artists. The connection and bond was very powerful in its message and visually stimulating in its protest.

Each piece in the show commented on or portrayed the ruinous effects of fracking and man-made environmental disaster. The painting Fire Island Dock (2006), by the New York based painter of natural expressionism, Rifka Milder, reflected and juxtaposed the beauty of nature and the ugliness of human interaction and industry. Painted in a gestural manner, the water looks turbulent crashing up against the dock. The colors, a mix of naturally inspired greens, whites, and blues,  suggest that this natural environment is in a state of flux between a pristine beautiful body of water and a polluted, rough and fractured body of water.

One can not predict whether time will result in these waterbeds becoming  purer or more polluted.  Ron Moroson and Miriam Bloom show this contamination through their suitcase art Case Against Fracking (2010) and present a conceptual form of protest by creating a portable installation that draws parallels to a civil law. The case is packed with citations from journals, newspapers, and public testimony of fracking's negative effects.  The artists gathered as evidence, three water bottles with samples of  "fresh well water" from sites where fracking is taking a devastating toll on public health.

At what cost does cheap fuel come? We are told through videotaped statements of families and individuals who have been affected physically by fracking. Another video/journalistic approach to this exhibition is Public Service Announcements and news footage edited by artists and news organizations. One example is a series of Public Service Announcements created by the artist Michael Lebron that show the toxicity of the fracking with potent images and health related facts.

In an effort to develop a network of public participation, since this is after all a topic that affects the greater public, Exit Art invited the public to respond to the issue of fracking by submitting a postcard through the mail with original artwork on one side and a written personal or general statement on the other. These poignant postcards act as a web of ideas and calls for change, creating a network of visual protest. Each artist in the exhibition also submitted a postcard for exhibition.