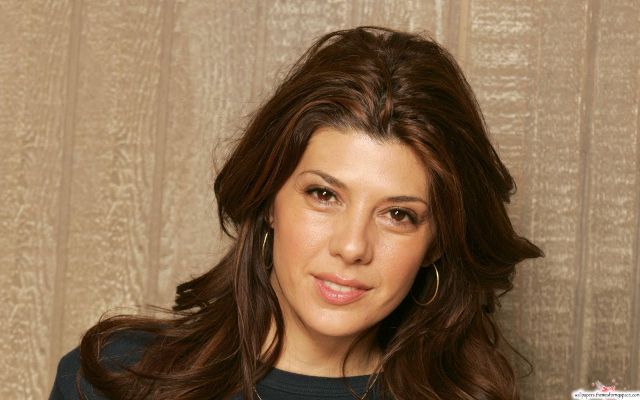 “The five premiere plays and two revivals we will produce this summer at the Williamstown Theatre Festival bring together some of the most extraordinary theater artists from around this country and abroad,” said Greenfield. “The stories we will tell and the artists with whom we will tell them are fresh and diverse, bold and funny. We look forward to sharing the work with audiences hungry for a brave and satisfying theatrical adventure.”

Additional programming and events, as well as complete casting and creative team information will be announced at a later date. Ticket Bundles are now available for purchase at www.wtfestival.org.

Obie Award winner Trip Cullman directs Academy Award winner Marisa Tomei in this new production of Pulitzer Prize winner Tennessee Williams’ intoxicating comedy, which won the Tony Award for Best Play in 1951. After retreating from the world in grief, widow Serafina (Tomei) revives and rejoins the world when the hot-blooded trucker Alvaro arrives at her doorstep. Passion, gossip, music and mystery fill the air in this steamy Gulf Coast town, where possibility and promise ignite.

Sisters Liz and Bernie couldn’t be more different: Liz is a good, Southern stay-at-home mom; Bernie is a flailing actress smoking and swearing her way through New York City. But when Liz is suddenly widowed, she and her young daughter move in with Bernie to start again. While Bernie challenges all of Liz’s assumptions about life, love and raising a child, Liz goes out on a series of internet dates which eclipse the grief, fear and gentility she’s known, for so long. Can Liz compel her own story to end like a romance novel? Tony Award nominee Moritz von Stuelpnagel directs this new comedy by Boo Killebrew, which asks us to imagine how we might handle the curve-balls – big and small – that life throws us.

When the President of the United States nominates Dr. Lyssa Dent Hughes to the position of Surgeon General, the excavation of her past triggers a scandal that threatens her confirmation. As partisan politics play out, Lyssa’s deep personal relationships and impressive career trajectory hang in the balance. Evan Cabnet directs Pulitzer Prize and Tony Award winner Wendy Wasserstein’s prescient 1997 play about the cost one woman pays when she dares to have it all.

Obie Award winner Jo Bonney directs Martyna Majok’s play about four very different people, with four very different circumstances, each trying to get by. Eddie, an unemployed truck driver, reunites with his ex-wife Ani after she suffers a devastating accident. John, a brilliant and witty doctoral student, hires over-worked Jess as a caregiver. As the lives of these very different people intersect, Majok’s play delves into the chasm between abundance and need, and explores the space where bodies – abled and disabled – meet each other.

Obie Award winner James Macdonald directs this sci-fi comedy thriller by Irish playwright Michael West, starring Golden Globe and Tony Award nominee Michael Stuhlbarg (Jobs, Trumbo). A visionary in the field of Artificial Intelligence, Frank (Stuhlbarg) has built a humandroid to preserve his wife’s memory — because she is losing hers. But when he is ousted from the company he founded, he must race to save his life’s work. As Frank scrambles to protect his property, his legacy and the technology he invented, the play examines how far we will go to preserve what we love.

Inspired by actual events surrounding the 2010 suicide of Tyler Clementi, a college student who brought national attention to cyber-bullying, Poster Boy is a new American musical by Tony Award-nominated composer Craig Carnelia and playwright Joe Tracz. A community of gay men in an online chat room come together to discover what drove one of their own to take his life. With movement by Danny Mefford and direction by Olivier Award nominee Stafford Arima, this provocative and moving new musical lays bare the complexity of protecting our privacy, identity and humanity in the digital era.

Obie Award-winner Anne Kauffman directs Tony and Emmy Award nominee Alfred Molina and Golden Globe and Emmy Award nominee Jane Kaczmarek in this intense and intimate drama by Australian playwright Tom Holloway. When Pam (Kaczmarek) becomes terminally ill, she and her husband Don (Molina) must face the most difficult decision yet in their long and loving marriage. With passion, fear, strength and even humor, they grapple with how, and if, to say goodbye.

Ticket Bundles are now available through at http://www.wtfestival.org. Single tickets for the 2016 Williamstown Theatre Festival season will be available in April through the WTF website and by mail order using WTF’s season brochure (call 413-597-3400 to join the mailing list). The WTF Box Office will open in June at which point tickets may be purchased online, by phone, or in person at the ‘62 Center for Theatre and Dance Box Office at 1000 Main St (Route 2), Williamstown, MA 02167.