Reel to Reel by John Kolvenbach 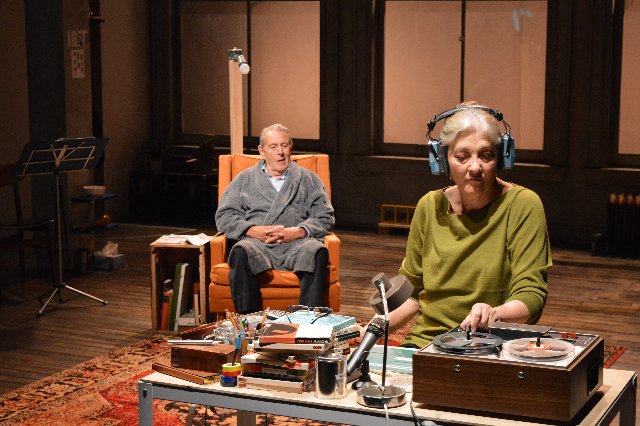 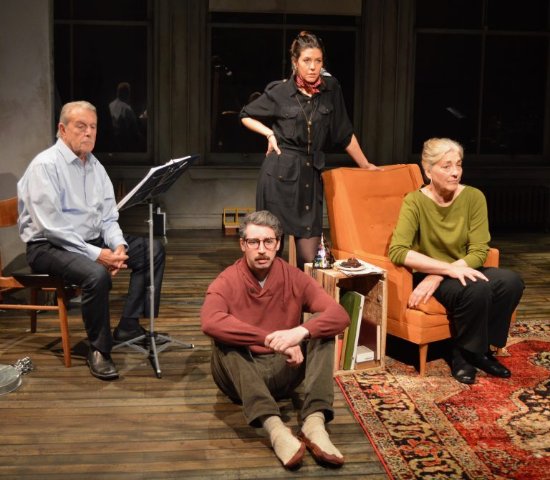 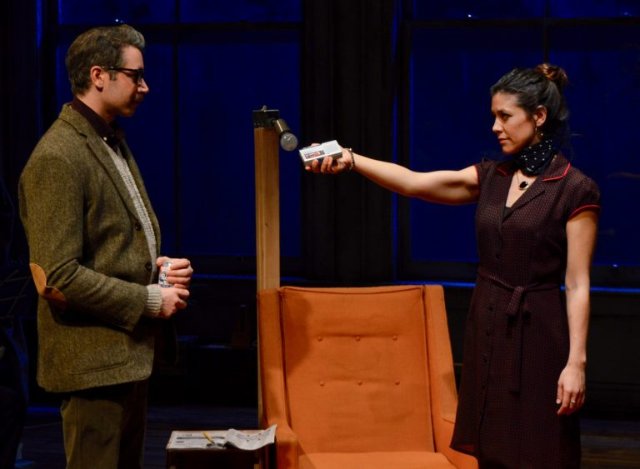 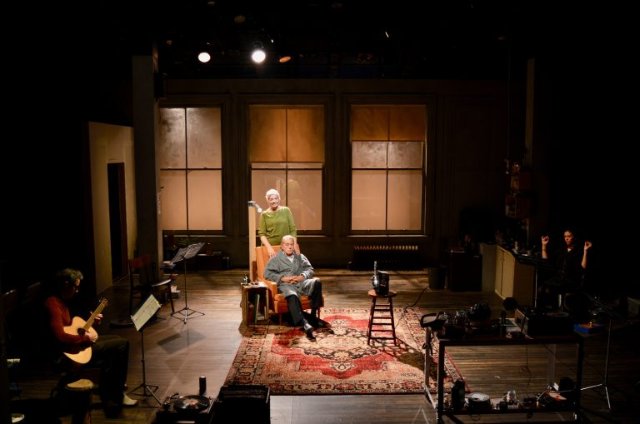 Maggie, an attractive and still vital 82-year-old woman with a warm smile sits at a table. Although the year is 2050, she ignores technology and methodically splices sound strips onto a tape reel the old fashioned way – manually. She’s organizing a collage of the sounds of a lifetime, from chat to random noises.

Seldom do we consciously plan to retain events in memory. If they are poignant, they stick. Largely, memories are mental picture books, or if we are lucky, they are richly holistic. But for Maggie, sound is the heart of memory. After all, when she was 10 years old, she set a recorder behind her parents’ bed at night so that she would find out what they sound like when she isn’t around. How’s that for insight, to think that their behaviors might differ in private? How’s that for eavesdropping! To her, sounds are central to love and relationships. They can exhilarate and also irritate.

Playwright John Kolvenbach is a New Yorker with a strong spiritual link to Magic Theatre as a major interpreter of his plays. “Reel to Reel,” directed by Kolvenbach, is their fourth production of his work and the second world premiere. Its novel structure and content reveal a compact, intimate conversation piece of sharp ripostes that excites and provokes. The acting and creative designs of this production are stellar.

.“Reel to Reel” centers on two characters, Maggie and Walter, who meet when they are both 27 and live the rest of their lives together. Glimpses of their relationship are viewed at three checkpoints – ages 27, 42, and 82 – but events are presented in a radically non-linear fashion. To add some age authenticity, two actors play each character, a younger couple playing the two younger ages, and an older couple playing the golden years.

But just so you don’t get too comfortable with that simple arrangement, in some scenes, all four actors appear on stage, and in others, the rules of the age relationships are breached in various ways. Despite some possible cause for confusion and minor losses of information, the conceit works like a charm. The younger and older actors for each character match well. The transitions and mellowing out of both the physical and social sharp edges of youth are convincing.

Zoë Winters plays young Maggie with an exuberance that is almost breathtaking. Brightly smiling, wide eyed, rambunctious, impulsive, uninhibited, and intuitive, she insinuates herself into Walter’s life. Andrew Pastides’ portrayal of Walter? Appropriately and deftly subdued. An easy starting point for his traits would be the opposite of Maggie’s. Cautious and reflective, but with wry humor, he doesn’t seem the right prey for Maggie’s targeting, but as we learn from the opening scene, they’ve made it 55 years. Opposites do attract. His performance also shines. Carla Spindt and Will Marchetti are also powerful as the older Maggie and Walter. They exude the wisdom and odometer readings of their years, with a little weariness thrown in.

The other star of the show is Sara Huddleston’s foley design. Foley is better known from the movies. It represents the use of every day objects to replicate or imitate sounds associated with on-screen action. So foley artists create the sounds of galloping horses hoofs, creaking doors, dripping water, sighing, and everything else imaginable. To Maggie’s mind, sounds are the things that we notice in others and are especially the annoyances they produce. Objectively, cracking knuckles or smacking noises from chewing gum or trying to hawk phlegm are audibly innocuous. However, they often seem unpleasant. If they come from a person that you dislike or one that you expect higher standards from, it can be even worse. In a striking and unusual manner, sounds are both integrated into the story and a discussion point within it.

The director, also being the playwright, knows his material well and marshals all the production elements successfully. The cleverly-written, rapid dialogue with frequent changes of subject is delivered by experts. The movement within the space keeps the audience’s eyes fully engaged. Wen-Ling Liao’s lighting utilizes spots and floods and change of intensity and texture to accentuate mood, while Erik Flatmo’s scenic design functions well and also serves to distribute the action.

“Reel to Reel,” a world premiere, is written by John Kolvenbach, produced by Magic Theatre, and plays on its stage at Bldg. D, Fort Mason Center, 2 Marina Blvd., San Francisco, CA through February 25, 2018.