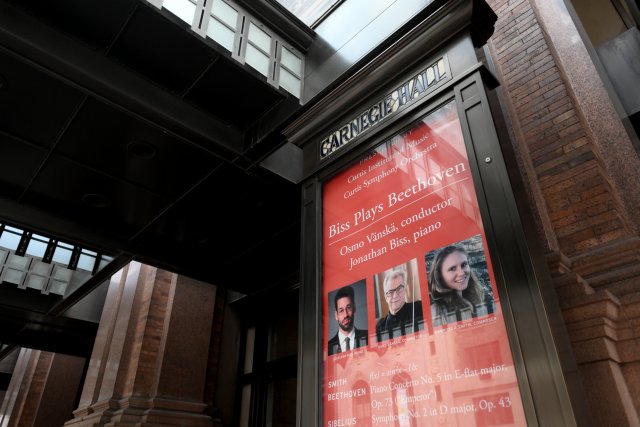 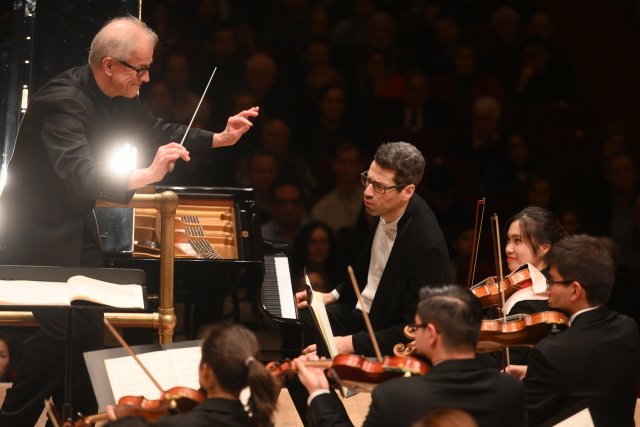 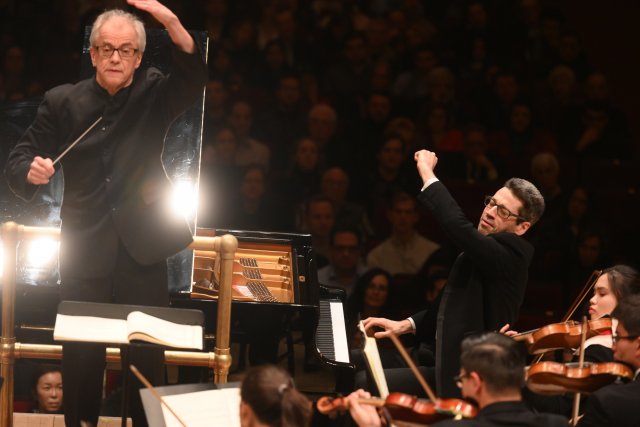 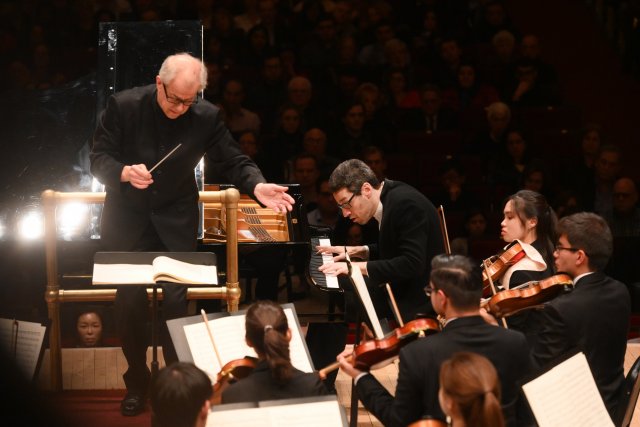 Vänskä and Biss. Not a detail missed in Beethoven 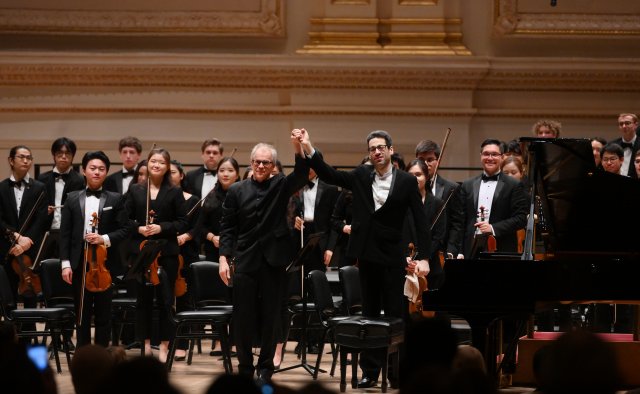 A triumphant evening for the Curtis Symphony and the Curtis Institute.

Curtis Symphony is on its annual eastern tour.  At Carnegie Hall, led by Osmo Vänskä, they performed a new work by Gabriella Smith, a graduate of Curtis.  She spent the 2015-16 season as Artist Year Fellow.  She dedicated a citizen-artist year of national service in the Philadelphia region.  For those who don't quickly imagine trigonometric functions, the title of her new piece f(x) = sin²x –1/x is a smooth, slightly curved line that rises.  It is a delightful piece, set in the natural world Smith treasures.

Osmo Vänskä conducts. He is the new music director of the Seoul Philharmonic.  Boong Joon-Ho can't wait for his arrival.  In bringing forth the music this evening, he helps his musicians to breathe on their instruments, in wide-ranging dynamics and jolting, engaging rhythms.  Both the orchestra, and piano soloist Jonathan Biss, often start at a decibel below a whisper and then whip up motifs and melodies into a giant frothy concoction.

The piano Carnegie provided for the concert was tuned to 442, or B flat, instead of the customary orchestral A.  The trumpet fretted, but reported that all worked out well.  It certainly sounded confident.  Biss and Vänskä communicated to give us the extraordinary Concerto.  Biss has been a deep Beethoven student for his young career, and offers an online introduction which is widely shared.

Biss as a pianist is far more than a superb technician.  A graduate of Curtis, where he now holds a chair in piano, he deeply understands the works he performs.  His fingers fly as he unreels the music.  He hooks us with intensity, rigor and deep feeling.  As an encore he offered No. 15 of Schumann's Kinderszenen.  Here the poet speaks.  In its simple, yearning notes, Biss showed us how an artist can come to know and understand a composer.  Above all others, Biss sympathizes with Schumann, and the dark path he traveled where all artifice is stripped away to reveal this "odd, beautiful, broken person."

The evening was unified by yearning.  Sibelius' Second Symphony, is built, like the Beethoven, out of blocks. Vänskä drew out the three-note motif which is developed and appears in many different guises throughout the symphony.  We hear it clearly as the dramatic theme of the finale. Like Beethoven’s massing of elemental structures, the piece is a jigsaw puzzle, full of mystery until the very end.

The bassoon played the second movement theme, which is then picked up by walking basses. The brasses give us the theme again.  It is picked up by an ethereal motif in the strings. They take on blistering figures at the beginning of the third movement. The oboe accompanied by clarinets and horns is, by contrast, lyrical.  Texture, rhythm and dynamics are constantly in play.  The symphony has been building to the fourth movement, taken without a pause.  Its sweeping melody and rich orchestration herald the end of an immense journey. Triumphant themes, colossal, loud and regal ring out.

The orchestra played "Valse triste" and “Cortège” by Sibelius as exuberant encores. The audience did not want to relinquish them into the night.