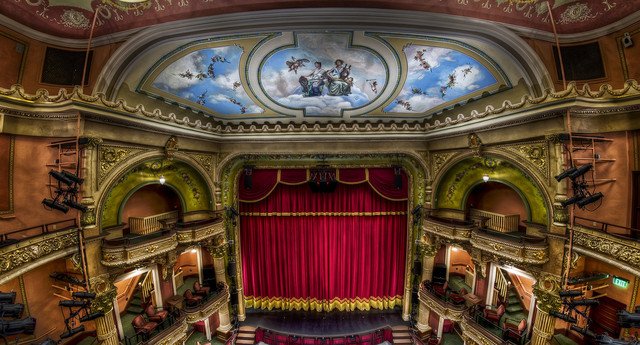 Sheffield, MA – Music in Common announces the world premiere of The Black Legacy Project, a musical celebration of Black history to advance racial solidarity, equity, and belonging. The Black LP is a national project produced in partnership with community stakeholders at the local level.  As it travels the country, the Black LP brings together Black and White artists and artists of ALL backgrounds to record present day interpretations of songs central to the Black American experience and compose originals relevant to the pressing calls for change of our time. Community roundtable discussions help inform how these songs are interpreted and written.  The Black Legacy Project launched in September 2021 in the Berkshires and will travel to Atlanta, Los Angeles, the Mississippi Delta, Denver, the Arkansas Ozarks, and Boise in 2022 - 2023.

On March 6, the Black Legacy Project will make its world premiere at  the Colonial Theatre in Pittsfield. The evening includes a preview screening of the documentary short about the Project produced by OUTPOST, a concert, and a community conversation. Wanda Houston, Billy Keane, Gina Coleman, Matt Cusson, Rufus Jones, Annie Guthrie, Diego Mongue, and Eric Reinhardt are just a few of the artists who will be performing. Tickets for this FREE event, including VIP tickets, are available from the Colonial box office.

In November 2021, more than three dozen local musicians came together to record six songs that addressed the theme “Hope in a Hateful World” by examining and reimagining the works “Strange Fruit”, “My Country ‘Tis of Thee”, “Lift Every Voice and Sing” and “We Shall Overcome” - all with direct ties to the Berkshires. Artists also wrote two originals - “Rise Up” and “It’s About More” - also addressing the theme. These six songs will be performed at the March 6 premiere and released later this spring. In September 2021, more than two dozen Berkshire residents tackled this difficult theme head on in two online roundtable discussions, which helped inform the interpretations of the songs.

“The Black Legacy Project in the Berkshires has been in the works for a year and a half, and it is great to see it coming together. The March 6 event is not the culmination, but rather just the beginning of an ongoing effort to build solidarity, equity, and belonging in the Berkshires and beyond through the power of civic engagement and the universal language of music,”  states Mia Shepherd, local co-director of the project.

The Black Legacy Project is produced by Music in Common, a non-profit organization that repairs the fractures dividing communities worldwide through collaborative songwriting, multimedia and performance. Since 2005, Music In Common has directly served thousands of people in more than 300 communities across the globe and across religious, ethnic, cultural, and racial axes. The organization was founded by singer-songwriter and producer Todd Mack in response to the murder of his friend and bandmate, Daniel Pearl, the Wall St. Journal reporter abducted by terrorists in Pakistan in 2002.