At MTC in Norwalk 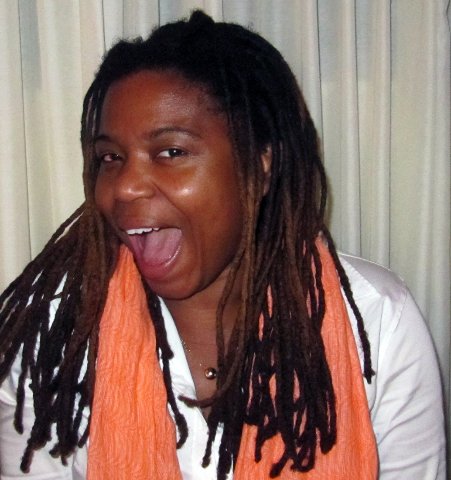 Playwrights and novelists often use the premise of the “night before” a major event. What were Lee’s thoughts the night before the battle of Gettysburg,? JFK on Nov. 21, 1963? Soldiers on June 5, 1944? Was it an ordinary night? Did they have a premonition?

Playwright Katori Hall in The Mountaintop now at MTC in Norwalk through Sunday, Feb. 20, uses the Rev. Martin Luther King, Jr. and the night of April 3, 1968. King was in Memphis to support the sanitation workers’ strike, staying at the Lorraine Motel.

Hall imagines that evening. King has been the object of FBI surveillance, violence and death threats for years. Did he know that it would end soon?

So how does Hall imagine the evening will go? King did not spend the evening alone. At first, when the motel maid (Camae) brings him coffee and they start talking, it seems like this may be an assignation. After all, we know that King had not been faithful to his marriage vows.

Shavonna Banks as Camae and Chaz Rose as King bring flirtation, sexual energy and tension to the early scenes. We keep waiting for it to move beyond words, but it never quite does.

Camae is not who she appears.

This is where the ability to suspend disbelief becomes very necessary for this play. Camae is an angel who has been sent to shepherd King into heaven. Even if you accept that, you may find it strange that Camae, who just died the night before, is being given this task and that she is has a personal relationship to God, who is both female and black.

Apparently, when the play opened on Broadway, critics were asked to not reveal that information.

If you can put that aside, what Hill does give us is some talk about doubts, the future of the movement and the debate about nonviolence as the best means to the end. She sprinkles in references to other civil rights leaders including Malcolm X and Jesse Jackson.

You also get a fair dose of King’s rhetorical style – either in his own words or in a good simulation of it by Hall. Plus a picture of a man with a healthy ego.

This production, directed by Gayle Samuels, features fine performances by Banks and Rose. Rose manages to both resemble King and sound like him. It is not an imitation but a smooth interpretation of the man, particularly how we recall him from video clips or from having lived during his lifetime. He has the body language down perfectly.

As Camae, Banks is saucy and irreverent. Banks portrays her as a girl of the streets who has seen enough men – including important men – to not be overawed by King. In fact, she tells him what he should say the next day. Even though King was only 39 at the time, Camae is the voice of the younger generation of African Americans.

Lindsay Furoi (scenic design) and Sean Sanford (prop design) have created a perfect picture of a run-of-the mill motel of the period from the colors – burnt orange is prevalent – to the dial telephone.

RJ Romeo filled multiple roles with lighting, sound and projections. It was a rainy evening with thunder and lightning. If at times the thunder is loud, it allows King to noticeably flinch each time he hears it. It is both a reminder of his multiple brushes with violence and a harbinger of the next evening.

The Mountaintop features fine performances. It is the type of show that audience members will like, feeling as though they saw something meaningful. I am part of the group that thinks this is a very flawed play that often takes the easy way out.