The Glass Menagerie Brilliant At A.R.T. 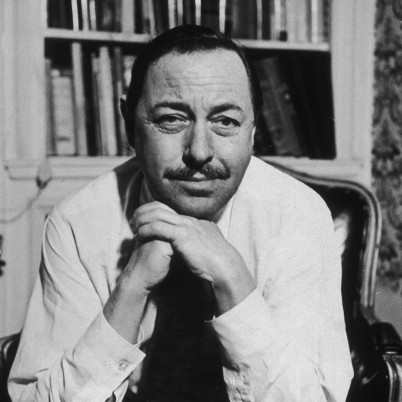 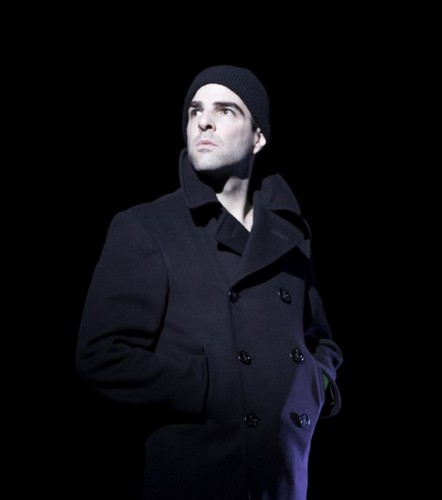 Zachary Quinto as Tom, All production Photos are by Michael J. Lutch 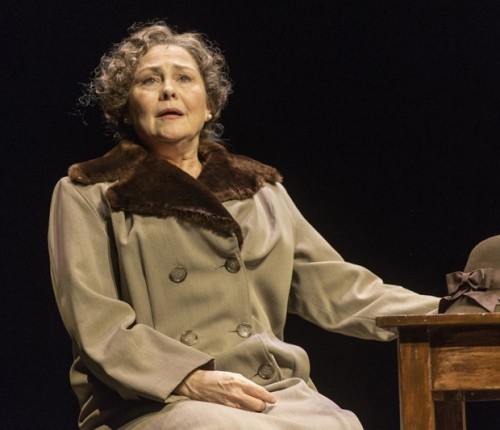 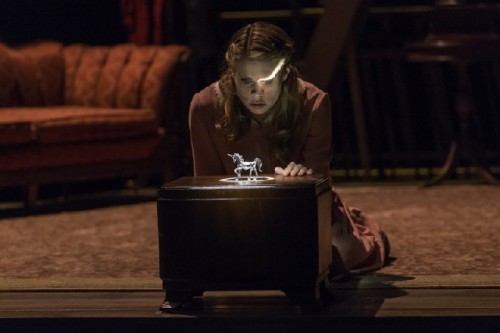 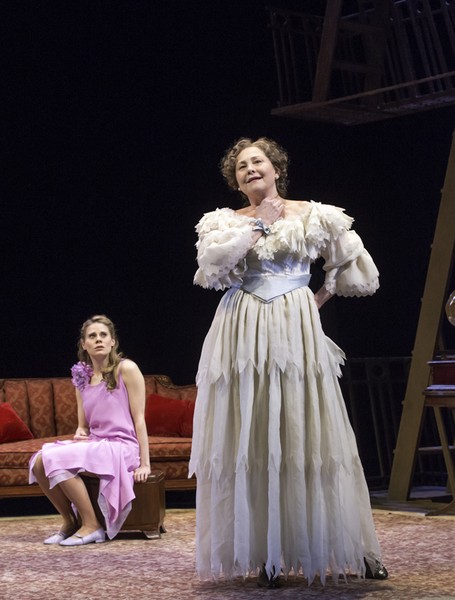 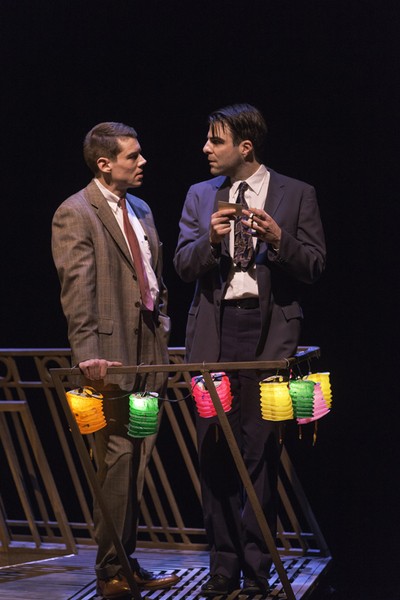 Brian J. Smith as The Gentleman Caller and Quinto on the Firescape Terrace 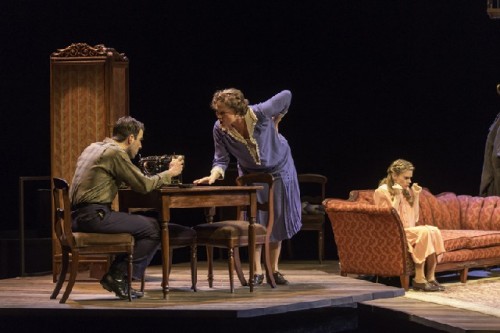 Quinto, Jones and Bolger as Tom, Amanda and Laura 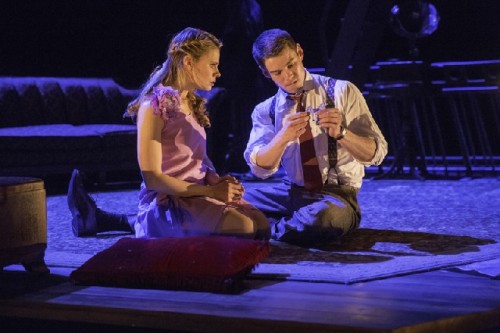 Bolger and Smith as Laura and The Gentleman Caller 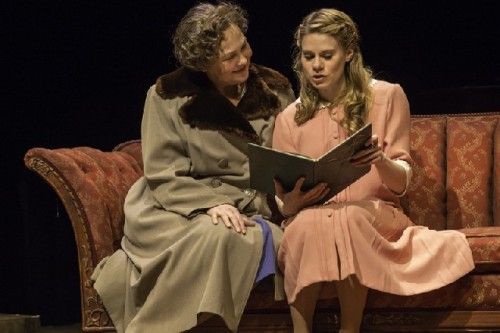 Jones and Bolger as Amanda and Laura 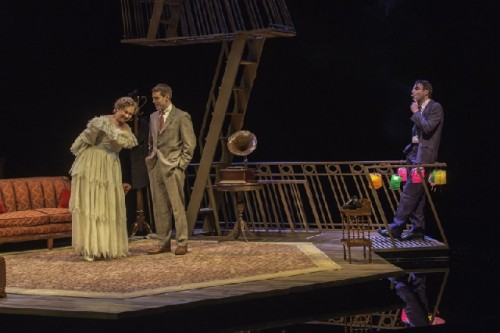 Jones, Smith and Quinto as Amanda, The Gentleman Caller and Tom 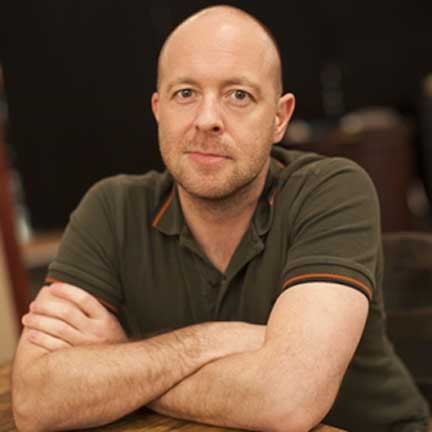 At the beginning of The Glass Menagerie, the protagonist/narrator Tom says this is a memory play. He speaks to the notions of illusion and reality, their interchangeabilty and their differences. What we perceive as real may be just illusion and vice versa. Living in a bubble of reality may be what the playwright says is actually illusion. This theme cascades through the American Repertory's brilliant production.

This reflects how the audience feels and understands the narrative. At its best, the theatrical experience takes us out of ourselves into another experiential world. With the skill and creativity of its director and creative crew, this Tennesse Williams masterwork transcends the word and action, even the poetry of its playwright. Here the narrative is illustrated by the visual evocativeness of stagecraft underscoring wonderful acting.

The story is a journey of self-recognition and frustration over life's choices. Here the mundane speaks to the human spirit cloaked in disappointment. Each of the four characters expresses this in their own way. The Glass Menagerie is a play about the burden of life uncontrolled not allowing us to be who we want to be.

Abstractly and metaphorically set in the late Depression against a towering firescape that gets smaller as it gets higher, this Tennessee Williams masterpiece is about unfulfilled middle class ambition, individual dreams, personal frustrations and much more. The Glass Menagerie is the poetic destillation of Williams' personally difficult relationship to his own overbearing mother Edwina, trying sibling connections in the form of a damaged shy sister Laura and wrestling with his ambition as a writer trying to find an individual voice.

The acting ensemble is wonderful. Zachary Quinto's Tom expresses the intellectual and personal frustration and exhaustion caused by the weight of his smothering mother and overall circumstances. The character's love of movies and drinking allows him to drown himself in illusion while swimming away from the rocky familial reality. Quinto is a superb Tom.

Cherry Jones' Amanda characterization is a tour de force of great acting. She seems made for this role of the ageing smothering, yammering nostalgic Southern belle. Easily made into a characterature or cartoon figure, Jones has created a nuanced monster mother that egotistically means well for the children and her own self-conscious yet wispy dignity.

In the first act, Jones plays Amanda over the top, but in the second act she somehow tones down the monstrosity while making her behavior more human and even sympathetic. Jones is truly one of our great actresses.

The problem of the disabled and painfully shy Laura character is how to make her less than totally pathetic. This is achieved by Celia Keenan-Bolger. Combining a fragility with strong resolve, her performance is superb. Somehow she walks the line from a person of layered personality to a tortured human tortoise who hides for emotional safety within her shell.

Her fragility is mirrored in a piece of her glass menagerie that even when broken can be recreated into something acceptable. In a spectacular bit of stagecraft, Laura literally becomes a piece of the apartment's furniture.

Brian J. Smith as The Gentleman Caller plays the role well. In his own way, this character is as flawed as the other three. A hail fellow well-met, he was the one most likely to succeed in high school who girls wanted and boys admired. Smith plays him as charming, ingratiating and yet a bit broken.

John Tiffany's direction is elegant and skillfully crafted. The set and costume design by Bob Crowley create mood and period while stylistically stating contrast and consistancy. The sculptured firescape was evocative on many levels. Here physical structure helped build emotional de-stabilization. The firescape was entrance and escape, hope and drudgery, a place to walk up or fall down.

Lighting Design by Natasha Katz added variety and texture to the one set stage. Here brightness and dark embraced and ennunciated the narrative.

This play is Tennesse Williams (1911-1983) at the height of his dramatist powers. During the winter of 1944–45, this "memory play" was first produced in Chicago to excellent reviews. When it moved to New York, it became an instant hit with a long Broadway run.

Writing about what he knew, Williams made specific use of his family relationships as the dramatic inspiration for the play. The Glass Menagerie won the New York Drama Critics' Circle Award for best play.

This American Repertory Theater production of The Glass Menagerie is a memorable and extraordinary theatrical experience. It seems destined for a triumphant Broadway run. Its quality and vitality are dramatically very special. This is the definitive Glass Menagerie. Run don't walk to see it.