A Musical Journey of Personal Discovery 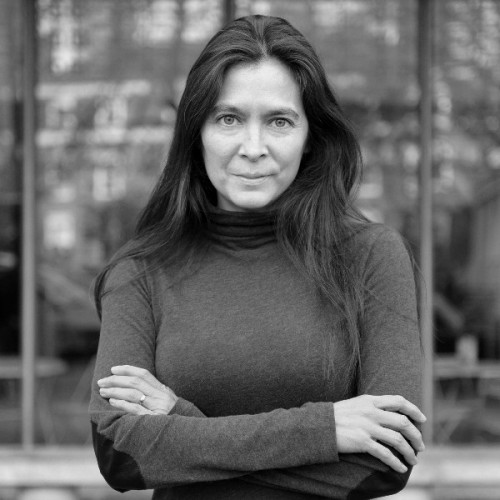 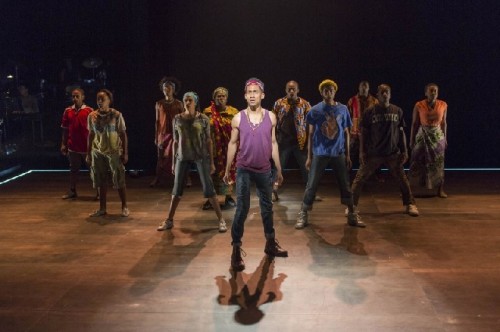 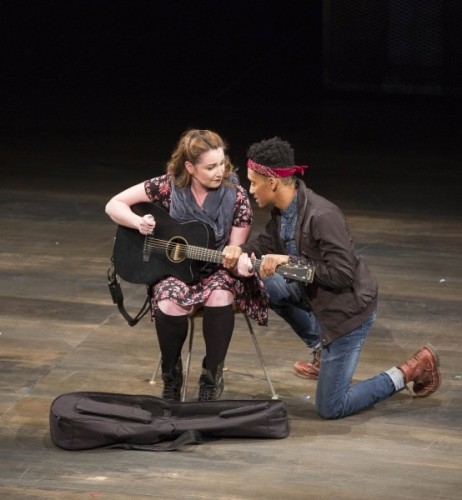 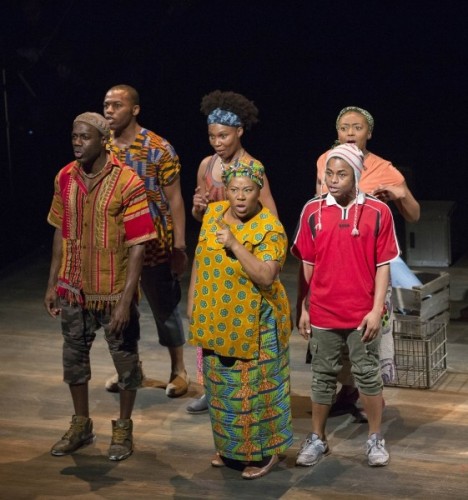 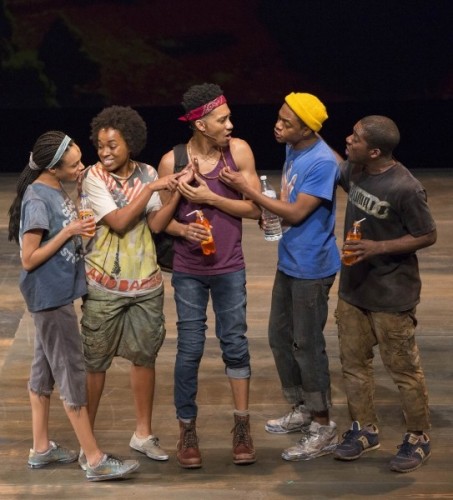 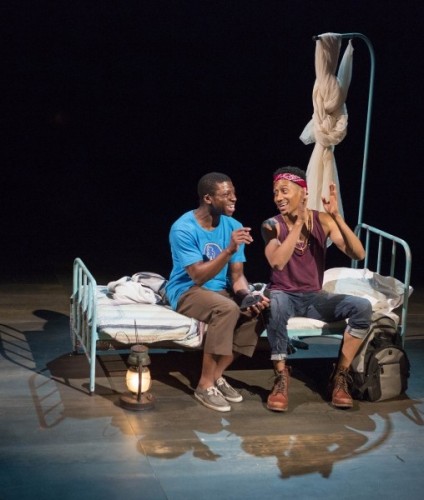 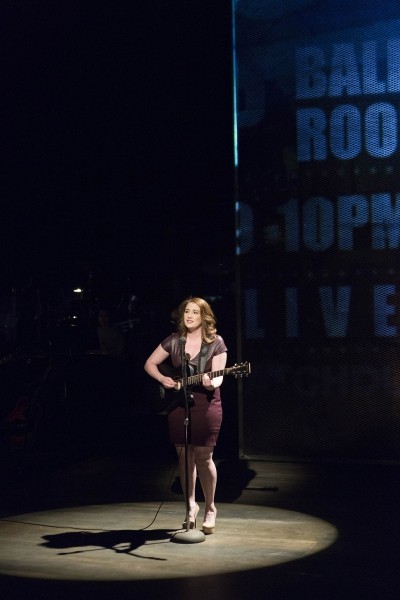 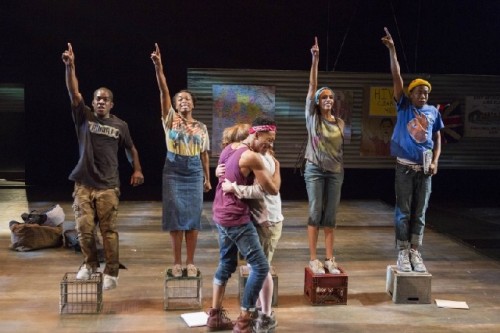 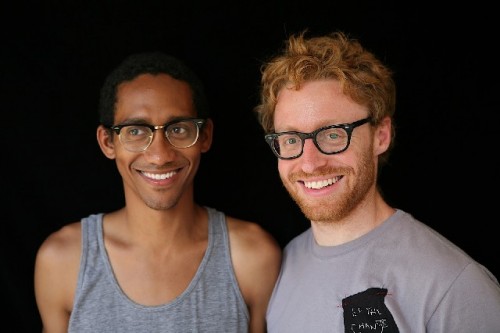 Life is complicated--sometimes much more than we want to realize or accept. This is the compelling theme of A.R.T.'s wonderfully vibrant and based upon true experience Witness Uganda. It is a stirring, humorous and musically brilliant, yet somehow relaxed, narrative of one frustrated young man's journey of personal discovery and understanding.

Witness Uganda is a terrific show with humor and wit along with wonderful dance orchestrated by poignancy and human resilience. This is great entertainment.

Not played for just laughs and tomfoolery, this is a counterbalance to The Book of Mormon. It is a similar but different story of well-intentioned outsiders attempting to do good for the "native people" of a poverty stricken village in Uganda while learning that what something appears, may not be what it actually is.

After continually being turned down for acting parts and rudely dismissed from his church's choir for being gay ("Of course, there are no gays in the tenor section of a choir."), Griffin, played by gifted Griffin Matthews, is a young Black actor in New York who feels that he must go away to do for others in order to find out who he really is. What is his real calling? What is calling him?

Griffin's supportive roommate and best friend is Ryan (played with a beautiful voice and intensity by Emma Hunton), an aspiring singer/musician who faces her own professional and body image issues.

So off goes Griffin to a small, poor village in Uganda on an idealistic mission to build a school. Befriending Jacob, a young man who seems to be in indentured servitude, he begins to understand that the school construction is a scam that the unseen but heavily present local Pastor Jim does to not build schools but to sell profitable real estate.

Soon, Griffin decides to teach a group of street urchin orphans instead of doing the backbreaking manual labor. Pastor Jim allows him to do this so not to cause concern over what is really going on. Each of his students tells a poignant life story. Jacob, also an orphan, becomes one of his students as well. But Pastor Jim has their temporary squatter school building burned to the ground.

Enlisting Ryan, who eventually comes to Uganda as well, Griffin places his students in a boarding school. Returning to New York City, Ryan and Griffin work around the clock and raise funds to pay for school fees. After a time, he hears that Jacob has been kidnapped. They both go back to Uganda to find him. From here, the story takes twists and turns.

Eventually, Griffin rights the situation as much as he can and realizes that life is not necessarily what you want it to be but what actually is. This is all narratively enhanced in a charming and thoughtful way by a very talented cast and music.

Besides Griffin Matthews and Emma Hunton, other standout performances were by Michael Luwoye as Jacob, Adeola Role as Joy, Kristolyn Lloyd as Grace and with a wonderful voice Melody Betts in a variety of roles.

There is spectacular choreography as well by Darrell Grand Moultrie. The movement and dance portray vital  expressions of both African culture and American street life.

The production flowed underscoring the narrative. Artistic Director Diane Paulus' deft touch could be felt throughout the whole production. Here again she masterfully pushes the boundaries of musical theatre in provocative ways.

As Ms Paulus has said, Witness Uganda is an entertainment that serves to start an important conversation about our American impulse to help the world, and even as complicated and full of problems as that might be, how important it is. Witness Uganda goes beyond the stage to inspire important dialogue. And it is a damn good show as well.