Sublime in the Berkshires 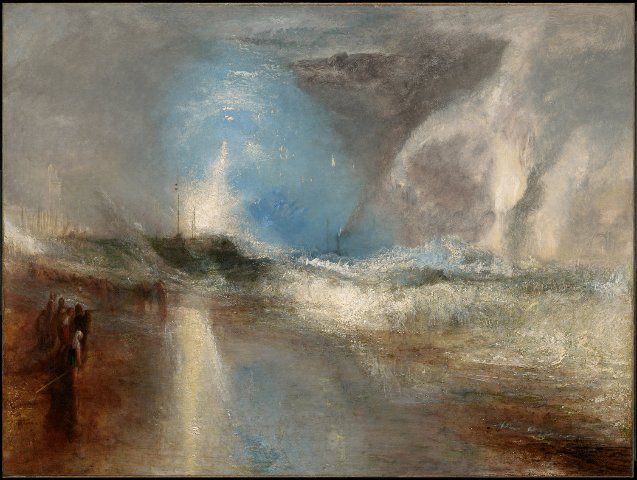 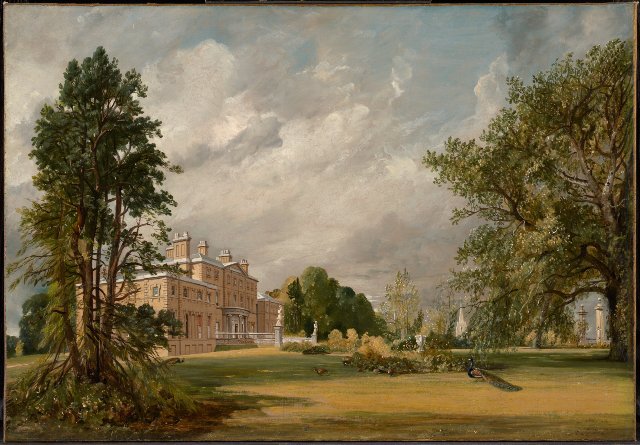 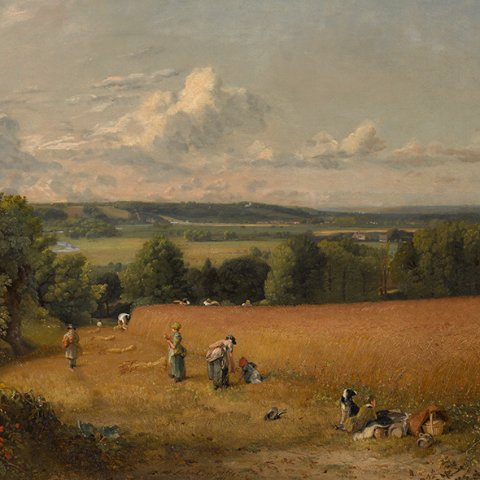 John Constable, “The Wheat Field” 1816, Gift of the Manton Art Foundation in memory of Sir Edwin and Lady Manton, 2007.

Through March 10, the Clark Art Institute is presenting a compact exhibition Turner and Constable: The Inhabited Landscape. Curated by Alexis Goodin, and installed in about a third of the museum’s special exhibition space, it is scholarly show offering a thumbnail of the permanent collection.

There are a few but major paintings in a display of some fifty works including pleine air as well as studio oil sketches, watercolors, drawings and prints. Most intently one senses the keen observation and “truth to nature” as John Ruskin espoused of Constable as well as the flamboyance and drama of Turner which the critic so admired.

Rightly so the focal point of this intimate exhibition is Turner’s late masterpiece “Rockets and Blue Lights (Close at Hand) to Warn Steamboats of Shoal Water,” 1840. Arguably among a handful of the artist’s greatest paintings acquired by Francine and Stirling Clark.

Through combinations of cost, availability and hesitation they fared less well in acquisitions of works by Constable. They were offered one from his seminal series of views of Salisbury Cathedral. It compared to one in the Frick which they inspected. They passed and later acquired a lesser more sketchy version as well as a drawing of the subject.

The best of their Constables in this exhibition are the quirky “Malvern Hall” and a marvelous but atypical “The Wheat Field.” The painting “Malvern Hall” was a rare commission with meticulous detail of a grand estate. It seems that Francine objected to the yellowed lawn but fortunately she was overruled by her husband.

What she objected to lies at the heart of the issue of the British landscape, both its gardens and depictions of them. In a turn from classicism to romanticism there was a revolution in abandoning Italianate and French formal gardens.

This occurred through Capability Brown (1715-1783) who created some 170 gardens and parks. For is critic Uvdale Price the Picturesque was more specifically defined as being located between the Beautiful and the Sublime. There is a witty exposition of this in Arcadia a 1993 play by Tom Stoppard.

Understanding of these issues are seminal to the unique developments of British philosophy, landscape design, poetry, and the fine arts. It starts with A Philosophical Enquiry into the Origin of Our Ideas of the Sublime and Beautiful  a 1757 treatise on aesthetics by Edmund Burke.
There is an essential contrast in how we respond to the beautiful, or pristine nature, as compared to terrifying meterological phenomena, storms, earthquakes and natural disasters.

Primarily, as well defined in this exhibition Constable pursued the beautiful. There is a comforting, picture postcard, calendar and cookie tin cover quality to his bucolic images.

Compared to which Turner goes all in depicting disasters and the violence of nature.

Not surprisingly Turner was more celebrated particularly as lauded by Ruskin.  In fact Ruskin catalogued some 300 Turner paintings and 19,000 drawings.

There is a sense of the beloved and familiar in Constable who never strayed that far from home. Turner, however, was constantly on the move exploring the continent for exotic subjects and inspiration.

They both inspired the next generation of French impressionists. They much admired Constable’s 100 or so cloud studies. The Clarks acquired one of these coveted and expensive small works. Particularly when working on London Claude Monet looked long and hard at Turner in the Tate. This is particularly evident in bravura, alla prima approaches to métier. Although Turner worked up surfaces with layers of glaze over time.

While the Clarks collected impressionism in depth they “sampled” British landscape. That has now changed from the Clark Institute. The exhibition makes use of the 200 oil paintings, sketches, works on paper, and prints in the Clark’s Manton Collection of British Art. Amassed by the collector Sir Edwin Manton and gifted to the museum by the Manton Art Foundation in 2007.

That has motivated the unique pairing of British landscape masters. It is the kind of  exhibition that encourages a lingering and quietly enriching winter afternoon in the Berkshires.

Posted courtesy of The Arts Fuse.