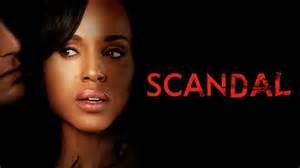 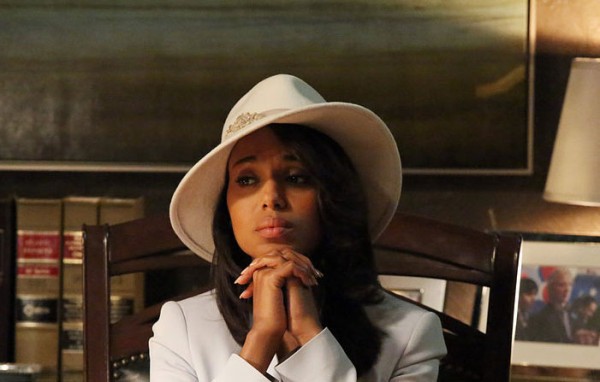 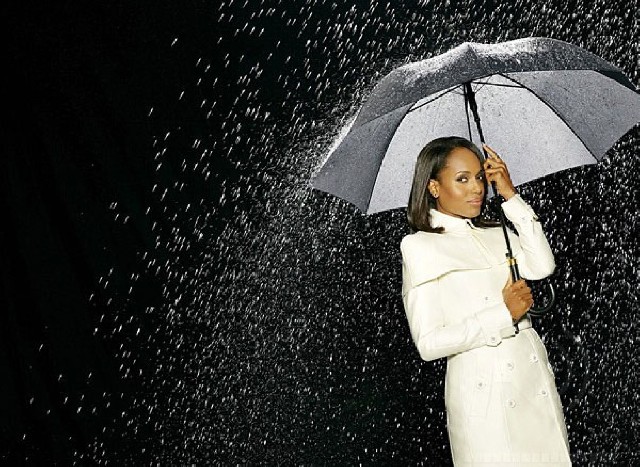 Liv singing in the rain. 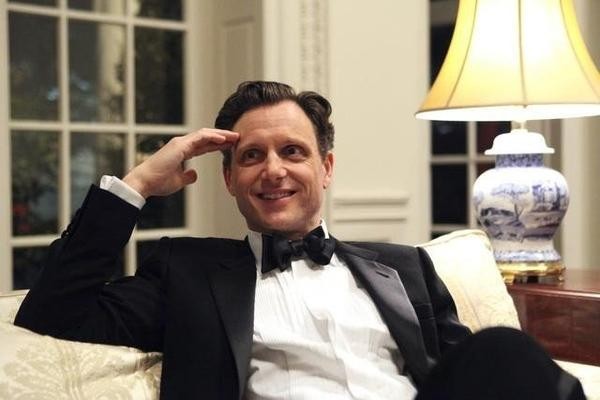 Fitz the President of the United States. 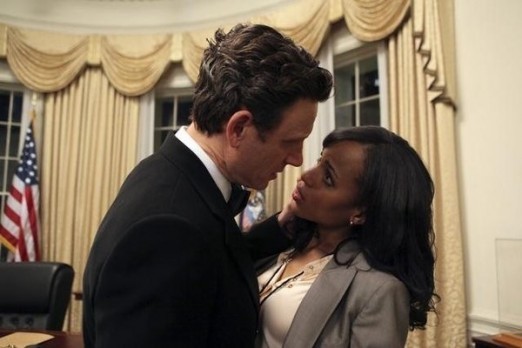 Fitz and Liv get it on in the Oval Office. 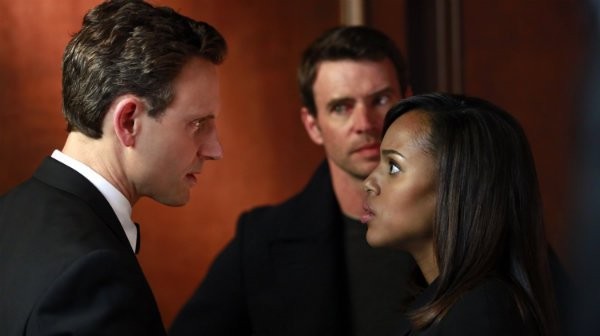 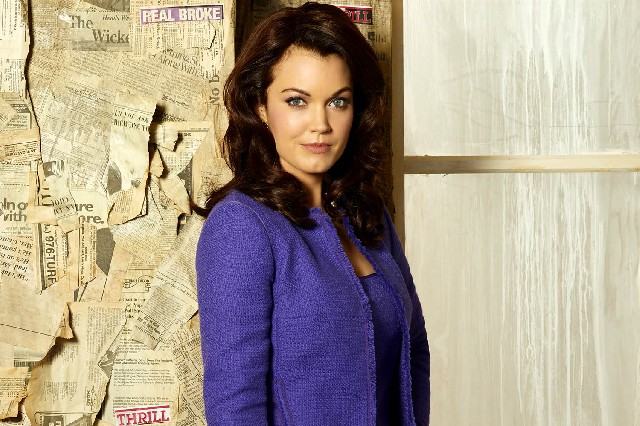 First Lady Mellie has her own agenda. 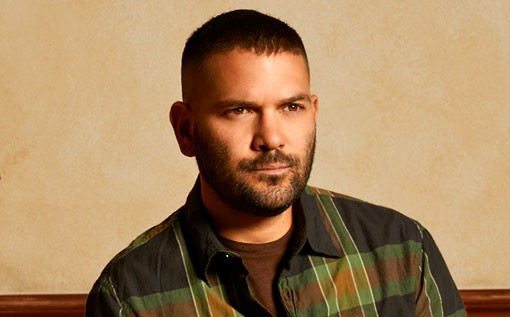 The Fixer, Olivia Pope, played by Kerry Washington, is in a bit of a fix.

Having overstayed its welcome as a primetime drama the soap about a glamorous Washington insider with direct access to the Oval Office, and bed of President Fitzgerald Thomas Grant III (played by Tony Goldwyn), has gone off its rails.

The series noted for absurd and violent plot lines with extreme head twists has finally Jumped the Shark. This is the critical term for an ultra gimmicky plot development and desperate ploy to revive a dying show.

Much of the success of Scandal entails the beauty and glamor of its star. Running her team of damaged goods characters, in her debt for a multitude of reasons, Liv enjoys the perks of fame and success. In every episode she is presented as a runway model with a wardrobe that would be the envy of royalty.

At the end of the day she likes to kick back with the rarest of wines and shag either “Fitz” or his rival the handsome dark ops officer Ballard played by Scott Foley. For dalliances she chooses between sex on the beach with Ballard or snowbound weekends in Vermont with her very own “Happy birthday Mr. President.”

There are supporting characters swirling about in a Presidency as scandalous and corrupt as the Borgia Popes.

It seems that Olivia was groomed for this position of power as a rag doll tossed between her father and mother. Rowan Pope (Joe Morton) is head of an untouchable agency that is off the books but more deadly than the CIA and the FBI. Her mother, Maya Lewis (Khandi Alexander), is a terrorist languishing in the darkest of dungeons devised by her former husband. Now and then she breaks loose for a brief and ultra evil plot spike.

Post Super Bowl the series was relaunched with an ultra vi opening sequence. Liv has been grabbed up under orders of the scheming vice president making a move for the Oval Office. His love interest is Mellie (Bellamy Young) the estranged wife of Fitz. She spent most of last year moping around acting psychotic and on the sauce mourning the death of her son. The boy was murdered under orders of Liv’s evil father.

Are you following this?

Instead of Liv the fashion plate and fixer she is now seen as skanky in a cell crapping in a bucket. Reduced to survival mode she’s not so easy on the eyes.

This development further exacerbates Washington’s limited repertoire as an actress. By now we have seen her full range of facial expressions. She is definitely adapted to the small screen and close ups focused on pouts, lip curls, flared nostrils, angry eyes and intensive looks. None of these assets convey well in the dark moody lighting of her dungeon.

Kidnapping Liv is a move to leverage Fitz into declaring an unwarranted war to save the woman he loves. To enjoy a few perks such as showers, a change of clothes, sanitary toilets and other creature comforts she plays her captors. Why do the bidding of the VP when, with a little imagination, I can be auctioned off to the highest bidder?

What’s it worth to leverage the President of the United States?

Meantime, the friends of Liv- Fitz, Ballard and her mad dog Huck (Guillermo Diaz)- combine intel in a failed attempt to liberate her. The bodies pile up. What else is new in Prime Time? Huck, a sociopathic assassin, trained and tortured by Liv’s father as was Ballard, bathes in blood. There is that over the top total gonzo look in his eyes.

Eventually, Shonda Rhimes and  her writers may sort this all out. Will we still care? It’s not the first or last series to self destruct. Perhaps it’s time for all involved to brush up their resumes.

Bottom line- Goldwyn is no Jack Kennedy. He’s not even a credible George Bush. Millie is a parody of Jackie O and, sorry Liv, you ain’t Marilyn Monroe. Not even close.

This travesty of a series makes me wax nostalgic for the brilliant West Wing.