Teenage Angst In A Difficult World 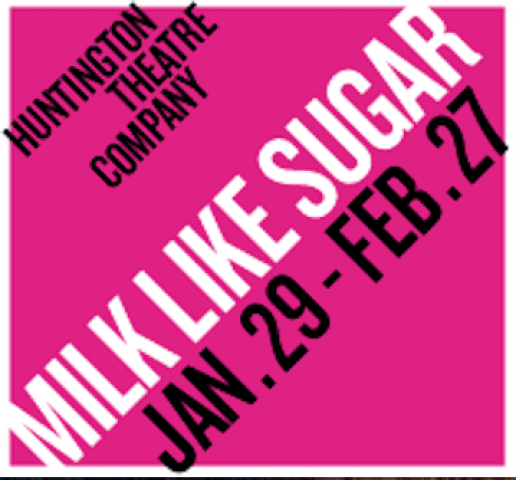 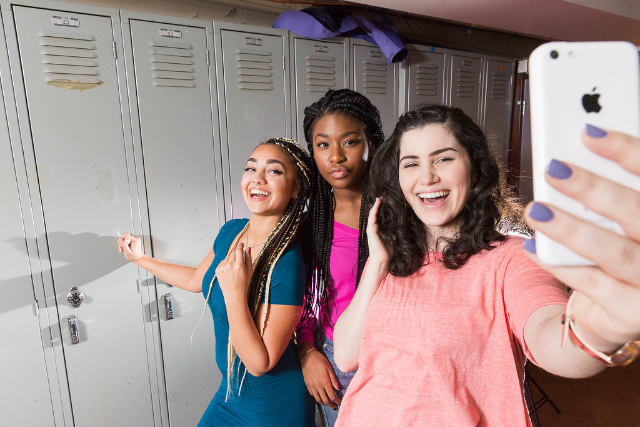 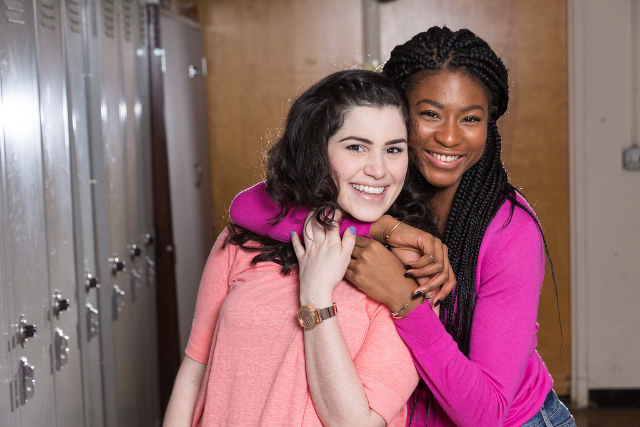 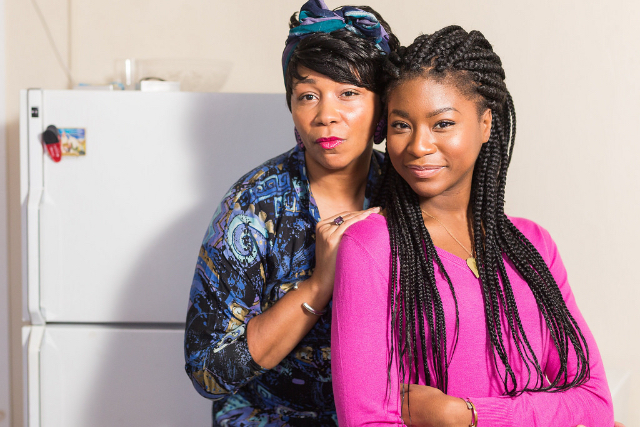 Milk Like Sugar
By Kirsten Greenidge
Directed by M. Bevin O’Gara
Staged by Huntington Theatre Company at the Calderwood Pavilion, Boston, MA
In One Act through February 27

With a wonderful acting ensemble and a clever minimalist set with just tables and chairs, the Huntington Theatre’s Boston Premiere of Milk Like Sugar (at the Roberts Studio at the Calderwood Pavilion) is focused on three teenage girls who view life in terms of getting a top-of-the-line cellphone and having a baby. With sassy attitude crashing into metaphor, their redemption (escape) is wrapped in faddish desirable possessions and too early parenthood.

Boston-based playwright Kirsten Greenidge’s Obie Award-winning 2011 play was inspired by a newspaper-reported fictitious “pregnancy pact” by Gloucester High School girls. Though there was a heavy concentration of teen pregnancies at the time, they were not actually group planned.

Greenidge crafted this nucleus of an idea into the inspiration for this high energy yet poignant play that’s really about lower class youth sadly and awkwardly trying to deal with their seemingly very limited life options.

Milk Like Sugar’s three main characters’ families are so impoverished that a staple of their diet is government surplus cheese and powdered milk--a milk like sugar.

Its unsatisfactory quality reflects the impoverished, undirected lives of Annie, Talisha and Margie. These three girls of color who have been chums since seventh grade. Margie is already PG (pregnant) and wants her BFFs to join her. How great it would be for them to all have babies at the same time? They could have a giant three-way baby shower with stunning Coach diaper bags and beautiful pink strollers just like Beyoncé’s. Their babies would be theirs and theirs only. For them, their future perfect equals objects of desire including being a baby momma.

Though with entertaining language and compelling characterizations, the big picture of the play is certainly less than hopeful. This is about youth disconnected from their families and ignorant of helpful community resources. Perhaps, the resources are just out of reach or more so unfortunately out of sight for these teenage friends. The chainlink fence at the back of the stage underscores this isolation and disconnection on so many levels.

Here, unfortunately school is not a means to an end but a deadend. The only glimmer of education as an exit answer is Annie’s relationship with the studious, telescope-wielding Malik. He is her first choice as her baby daddy, but his eyes are skyward. Though from a similar impoverished background, he sees his departure clearly. Annie's path is too narrow and wrongly directed.

The cast and casting are exceptional. Jasmine Carmichael is a terrific Annie. She is both naïve yet pensive, wistful and willful. Toughest acting of all, Shari Raja's Talisha (call me “T”) is highly aggressive but bleakly exposed. Full of salsa and sassy pathos, Carolina Sanchez inhabits an effervescent Margie.

Ramona Lisa Alexander is all grudging responsibility as Annie’s cigarette-puffing, full of despair and quite overwhelmed mother Myrna. Marc Pierre plays with quiet dignity the only one character in the play touched by intellect. He is the unsure, but true north compass-directed Malik. In contrast, Matthew J. Harris is only personally self-aware yet insensitive to others as the tattoo artist. His character finds Annie “special,” but early on recognizes it is only for one quick night. They are all aliens in a culture and society not embracing them.

Playing another type of outsider, Shanae Burch is poignant as Keera, a bullied, frumpy teen. With a major fantasy of how and what a “real” family is and does, she may be homeless or living in a series of foster homes. Somehow Keera keeps her life together as best she can with connections to her happy thoughts—an imaginary family life, generous minister and musically involved church.

Thoughtfully directed as a series of vignettes by M. Bevin O’Gara and designed by Cristina Todesco, this is theatre of anxiety. The dance hall/detention center set sways the audience between the little light and much dark of lives not fully lived or even dreamed about. It is a compelling production that should be experienced and thoughtfully considered.

This is not a sugary concoction of a play. It is much more bitter than sweet. At times, it is tender and occasionally funny. But Playwright Greenidge has written a provocative, hardscrabble story, a narrative that portrays life as a series of difficult situations requiring very tough choices that lead to life-altering decisions. Like many lives at the lowest economic rungs of our society, Milk Like Sugar is an American tragedy.

The Huntington Theatre Company production of Milk Like Sugar is at the Roberts Studio Theatre in the Boston Center for the Arts Calderwood Pavilion, 527 Tremont St., Boston, through February 27. Tickets may be purchased online, by phone at 617-266-0800, or in person at the BU Theatre box office, 264 Huntington Ave., or the BCA box office.