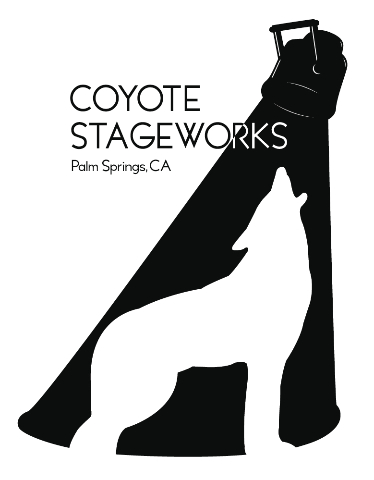 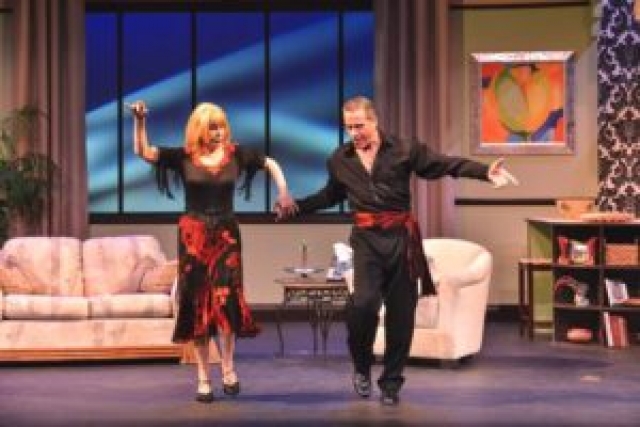 Ms. Swit who portrayed the character of Major ‘Hot Lips O’Houlihan, on the long running smash-hit TV series “Mash”, is an American comedy icon, and the recipient of two Emmy Awards, the People’s Choice Award, the Genie Award, the Silver Satellite Award, and Chicago’s highest honor, the Sarah Siddons Award.

David Engle is a six-time LA Stage Alliance Ovation Award winner, is a multi-talented actor, film director, and stage producer, who divides his time between the East and West coasts. Mr. Engle has been seen on New York stage and theatres in all the major cities across America.  He has boundless energy, impeccable comedy timing, and is a fabulous dancer, as everyone who attends a performance of “Six Dance Lessons in Six Weeks” will attest.

The charmingly penned comedy by playwright Alfieri and produced by Coyote StageWorks co-founder Chuck Yates, plays to the strengths of Ms. Swit and Mr. Engle. The story is set in Lily Harrison’s condo in St. Petersburg Beach, Florida during the present.  Lily lives alone, but claims to her neighbors who inquire about her husband Robert (not seen) that he’s away visiting his grown children or traveling on business.  Lily out of sheer boredom decides to engage a dance studio for a series of dance lessons in her home.  The play opens with a door-bell ringing and Lily goes to the door and peeks through the peep hole asking “who is it?”

Michael pretends it’s a burglar checking to see if anyone is home, then quickly identifies himself as the dance instructor from the agency.  Lily is not amused at his glib and flippant manner, and they’re off to a rocky beginning.|

Michael, is a charming, young gay man, who wins over Lily’s cautious senior citizen character lesson by lesson. With each weekly lesson comes insight and understanding between the two about their problems and secrets, as well as the better times each has experienced in their lives.  A genuine affection between Lily and Michael grows over the six weeks, much like a mother and an adult son enjoy.

The stage chemistry between Ms. Swit and Mr. Engle is palpable, and it’s a delight to watch two professionals perform their magic while the audience just laps it up.  The dance numbers performed by a trim and vigorous Ms. Swit, is a delight to watch and she looks like she’s really having a good time.  Mr. Engle, of course, is a superb dancer and coupled with their timing and their performances, make for a most enjoyable comedy that is sprinkled with many poignant character moments.  Ms. Swit mentioned to me after the show that she is having such a good time that she plans to take the production a national tour.  That’s reason enough for theatre lovers of a certain age to check out this splendid production.

The technical department led by director Raben features a lovely Florida condo setting by Set Designer Josh Clabaugh.  Moria Wilkie, again brings her master touch in Lighting, so the costumes of Bonnie Nipar can be fully appreciated. The Sound and Projection designs are by Mr. Engle, with Sound by Scott Rose, and props by producer Mr. Yates. The highly gifted and creative play director Mr. Raben, can be seen (if you look very closely) performing very inventive moves with his stage crew member Diane L. David during the scene changes much to the delight of the audience.