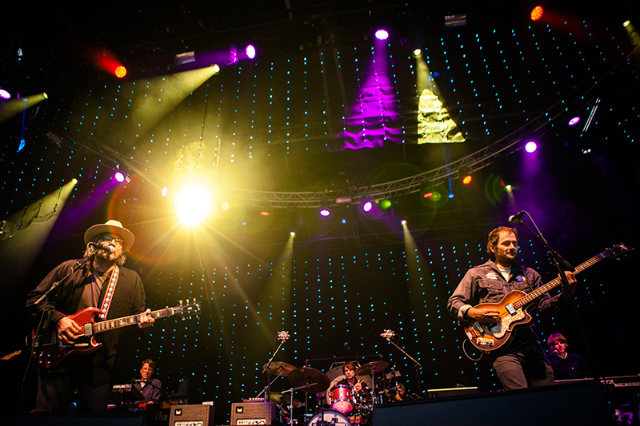 John Hodgman will again host the comedy stage from MASS MoCA’s Hunter Center with participating comedians to be announced soon. Bread and Puppet Theater will return to Solid Sound for the first time since 2010, The Story Pirates will make their fifth appearance and real food crusader and author of How to Cook Everything Mark Bittman will make his festival debut. Additional programming, kid-friendly events, gallery exhibits and more will be announced in the coming weeks and months.

Presenting the best visual and performing arts of our time, including major new installations with landmark artists Laurie Anderson, James Turrell, Robert Rauschenberg and Nick Cave, MASS MoCA is housed in a renovated 19th-century factory campus, featuring dozens of galleries and a variety of performance venues — both indoors and out. In May, MASS MoCA will add 250,000sq. feet of additional gallery space, which will make it the largest contemporary art center in the country.

Tickets are available now at solidsoundfestival.com. Three-day passes are $159. Tickets for children ages six to 10 are $50 and children under six are admitted free.