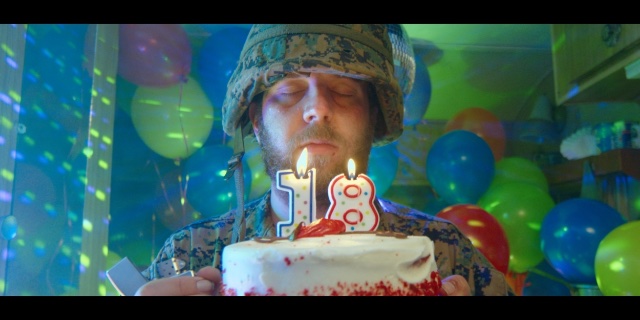 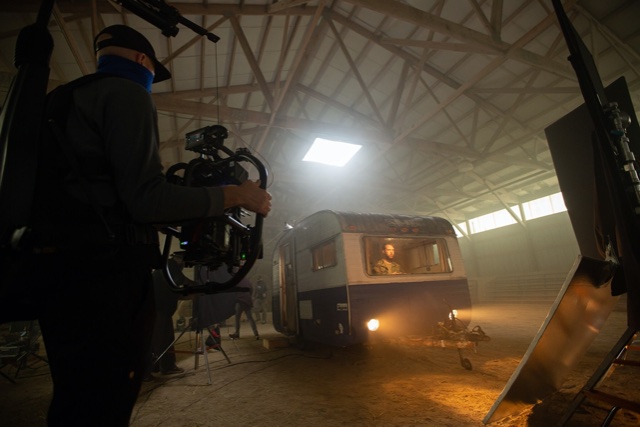 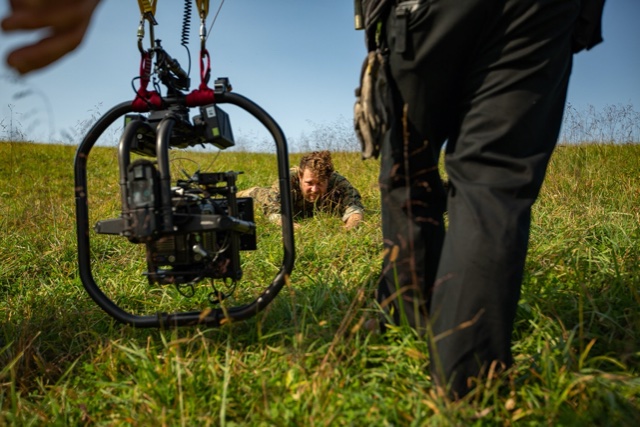 Filming on the Brandywine battlefield of 1777 Soldier Songs Opera Philadelphia

In film, we can quickly enter the heart of the matter. All the elements of real experience conspire to draw us in. Sound, light, movement, colors and costumes. They are not unfolding. Rather they happen at once. We don’t segregate elements until long after the film has passed.

Soldier Songs, currently available on Opera Philadelphia’s channel, is not streamed stage opera. It is a film. Past staged productions of this opera have relied on talk backs to engage audiences in conversation about war, the subject of Soldier Songs. People who have never enlisted or been drafted into military units don’t really know and are unable to imagine how the people who put their boots down on the enemy ground feel. With Corrado Rovaris, Opera Philadelphia's weapon of choice, at the helm, this superb film engages from the first distant boom.

Composer David T. Little taped interviews with veterans of five wars. He intercuts them as part of his libretto. Film tracks are classically mixed. Little’s is a marvel of imaginative notes, sounds and words. The tools of film provide his score with an extended and richer multi-pronged approach to song and sound.

David Devan, the company’s general director, produces. Without foregoing any production value, and in fact capitalizing on new opportunities, Opera Philadelphia has been leading the field in contemporary productions that attract new audiences. Over the past decade daring experiments have been undertaken, always with careful consideration. A warehouse was the setting for the production of an opera about Andy Warhol (reminiscent of a Factory?). Composers in residence have been encouraged to test the limits of an operatic stage. Philip Venables’ Denis and Katya was designed as a social media transmission.

Baritone Johnathan McCullough creates the soldier’s role and directs. He dreamed of mounting the work in an Airstream recreational vehicle. Working with James Darrah, a talent with both film and opera background, they placed an Airstream in a 1777 battlefield at Brandywine Creek.

Mc Cullough points out that film brings the audience into the midst of the work. Stage of course separates no matter what its form—proscenium, circle in the round, or Globe.

Night and day pass before us. The screen is tinted red and green to reflect mood. Light beams range widely over the fields.

At first the Airstream is a bit of a joke. Things get sober quickly as the cacophonous sounds of drum and instruments bring war’s lethal chaos to the ear The headlights of the Airstream look like a Jeep or a tank. In fact, the interior could be tank.

We have the toys of war that start life, the acts of war which take up mid-life and then the reflection.

In the middle section, Thomas Moore’s Minstrel Boy lofts up. It is quickly mashed, but not before we recall the words. The Irish boy goes to war in the “land of song” for the “pure and the free.” He takes a harp as well as a sword with him. All the sweetness of the song’s experience quickly dissolves in crashing chords and screeches. Like the Minstrel Boy’s harp, the opera’s song tells us that the pleasures of war are myth.

The soldier plays darts and chess, executing the King’s gambit, as he tries to crush the King standing solo at the end. Many rich visual details accompany accompany the score.

McCullough collaborated with James Darrah as director. Darrah is well known to opera goers. His Vox Humaine for Opera Philadelphia enriched the Poulenc monologue with scenes set in the present. Philip Glass’s Enfants Terribles for three pianos was moving magic in Omaha. Darrah studied film and his background shows. He is a go-to talent for Boston Lyric, the Chamber Orchestra of Los Angeles, LA Opera, Long Beach Opera as well as Opera Philadelphia, and his own festival in Omaha.

Darrah understands the issues involved in streaming this form. Gotz Filinius, a German film director of opera, wisely remarks that in filming he becomes the audiences’ eyes. When viewers are in an opera house, they select the piece of the action or background they will look at. On film, the director makes the selection, a big job, but also a big opportunity.

McCullough has a rich baritone voice which he can tune to harshness, guttural and the spoken word. His face is a map of hope and anguish. A multiple award winner, he performs the classic repertoire with as much skill as he brings to new music he champions.

Soldier Songs is available until May 22nd on Opera Philadelphia’s Channel. It augurs well for the offerings of the future.