Thoughts on a New BSO CEO 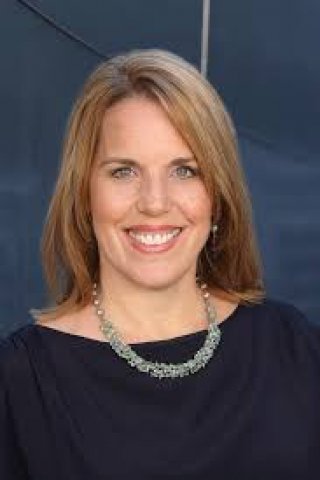 The Boston Symphony Orchestra is taking a big step toward its future with the appointment of Gail Samuel to succeed Mark Volpe this June, just in time for Tanglewood.

Samuel has worked with the Los Angeles Philharmonic for almost three decades.  She ran their highly successful programs in the Hollywood Bowl.

She came to the LA Phil as an orchestra manager, and has a reputation for getting along with everyone, musicians, the Board, and the Los Angeles audience.

There she programmed the iconic Walt Disney Hall, an inviting new venue in which you can view the stage where mixed media are easily incorporated from almost any seat. The sound is superb. A walk on Richard Serra-like balconies during intermission is a bonanza.

Symphony Hall is one of the most acoustically distinguished halls in the world.  Conductors, including the BSO’s current music director Andris Nelsons, love working there. Sitting in the hall, however, feels like sitting in a wreck. Perhaps the powers that be feel that they can’t touch anything without jeopardizing the sound quality.

Tanglewood is on the list of great outdoor venues in the US.  There it joins the Hollywood Bowl.  Yet the Bowl is easily accessible from downtown LA.  Shuttles are available from the Highland stop on the Metro Red Line and park and ride is offered by the Bowl.  The Chicago Symphony's summer home at Ravinia is easy to get to by train from downtown Chicago. The return train waits on a siding for the evening's concert to end. If you are relying on public transportation, Tanglewood is almost inaccessible unless you are staying at the Red Lion in Stockbridge.

Deborah Borda, who moved from the LA Phil to the New York Philharmonic can tell you the problems of city transfer.  Every city has its own pool of deep pockets.  Money from the entertainment industry is very different from the New York pool, which is often modeled on Steven Schwartzman of Black Rock, who has nine bathrooms decorated in gold leaf. David Geffen Hall has notorious problems delivering good sound.  Accordingly, Borda has struggled.  This highly talented music executive, whose ride in Los Angeles is mirrored by Samuels,’ is still trying to figure out how to attract audiences in New York.  She is challenged by Lincoln Center itself, an archaic entertainment complex whose principal halls are far too big for contemporary audiences.

We wish Samuel well as she takes charge Boston.  The BSO has always kept it boardrooms and committees open to the community, black and white,  rich and not-so-rich.  This may be the well to draw from as the BSO preps for the future.