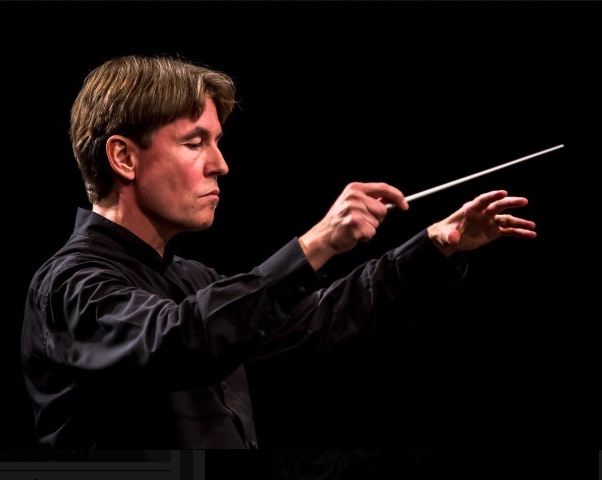 In recent seasons, Esa-Pekka Salonen has shifted his emphasis from conducting to his first love, composition. However, Friday’s matinee program at the Philadelphia Orchestra at Verizon Hall featured none of Salonen’s own catalogue. Rather, the composer led a program consisting of workers by Béla Bartók and Richard Strauss, two very different composers who are each in their own way, touchstones of the twentieth century.

Salonen, who is the current chief conductor of the a Philharmonia Orchestra in London, made headlines late last year when he hired on as the new head of the San Francisco Symphony. One might speculate that this week of appearances with the Philadelphians is  part of a larger plan to reclaim his place as an international podium star. (He will lead his London forces on a short US.S. tour next month.) Strauss and Bartók are hardly new, but in his hands the music sounded fresh.

In recent seasons, Esa-Pekka Salonen has shifted his emphasis from conducting to his first love, composition. However, Friday’s matinee program at the Philadelphia Orchestra at Verizon Hall featured none of Salonen’s own catalogue. Rather, the composer led a program consisting of workers by Béla Bartók and Richard Strauss, two very different composers who are each in their own way, touchstones of the twentieth century.

The concert opened with the former’s Also Sprach Zarathustra, a tone poem best remembered (for better or for worse) for the use of its "Dawn" movement  in the science fiction epic 2001: A Space Odyssey. However, Salonen appeared more concerned with the original philosophical implications of this piece, which was inspired by the writings of Friedrich Nietzsche. Following a stunning sunrise (with Salonen adding and subtracting a beat or two where he felt it was warranted) the orchestra launched into “Of the Backworldsmen”, the first of a series of lurching dances that make up Strauss’ larger musical structure.

The rising thirds of the opening kept popping up in different parts of the orchestra, before the whole band slid into a Viennese style waltz or at least a German parody of one. Concertmaster David Hsai played the sad and eloquent violin solo, his fellow section leaders often acting as an antiphonal chamber ensemble embedded within the larger band. The Midnight Song tolled the hour with a huge cylindrical bell kept in a metal frame, adding to the din. Salonen and Strauss end with a question mark, with woodwinds and strings echoing each other in unmatched and seemingly irreconcilable keys.

The second half of the concert focused exclusively on the music of Béla Bartók. Salonen was joined by violist Choo-Jin Chang for the composer's final work, the Viola Concerto. Commissioned at the end of Bartók's life by Leonard Primrose, it was completed by composer Tibor Serly upon Bartók's death. The Concerto is spidery and elegant, showcasing the softer solo instrument and allowing the player the rare chance to show its full and expressive range.

Chang, who is the first chair of the Philadelphia Orchestra's viola section seemed to relish his turn in the spotlight, playing complicated, skittering runs and drawing the listener into the composer's full flight of invention for this remarkable and under-utilized solo voice. Bartók's love of Hungarian rhythms and angular phrasing is still present here but the piece seems to have a softer focus, with an emphasis on eloquence rather than brute orchestral force.

That latter quality is predominant in the last work on the program: the Suite from the ballet score The Miraculous Mandarin. In Salonen's hands this was forceful and intense stuff, shot through with clattering rhythms and lurching, grotesque phrases. The expanded percussion section and powerhouse Philadelphia brass powered the sordid setting of ballet scenario. The music rose to a series of ferocious climaxes, emerging clean-limbed and muscular to its final, violent peroration. (Reprinted with permission from Superconductor).
Back to Front Page Section Home