On Broadway At Cabaret Theatre West

Now In Its Third Season in Palm Springs 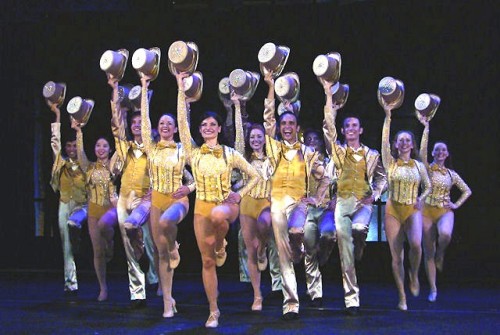 The ever popular A Chorus Line. 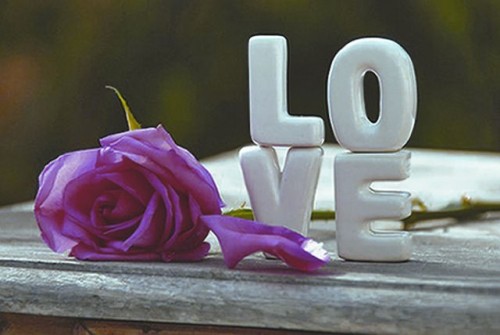 Love in letters with a rose.

The ever popular A Chorus Line.

The American theatre-going public loves musicals more than dramas and comedies by a large margin, no doubt about that.  I would guess that the ratio preference of musicals over other genres over the last twenty years is about 5 to1.  That’s quite a disparity. When   the choice of producing musicals over dramas or comedies comes up, the reply from the producer’s is always the same. It’s about money.  Musicals may be costly but they bring in audiences.  The box office receipts help offset the costs of the production, and the cycle begins all over again.

Cabaret Theatre West, now in its third season, is one producing organization that has found that the “cabaret styled” entertainment production is a winning formula.  They just get better doing one entertaining and dazzling show after another.  Thanks in part to a solid creative team and to talented casts that know how entertain with style and pizzazz.

What’s not to like when it comes to bringing Broadway to Palm Springs and the Coachella Valley.  “On Broadway”, the dazzling cabaret show produced by Jane Treacy and Dr. Audrey Reed, that launched the 2013 season was a super show that featured songs and dance numbers from some of Broadway’s most successful musical productions.  The cast of ten singer/dancers blew audiences away night after night.

The production featured more than fifty songs and dance numbers from musicals by Stephen Sondheim, Stephen Schwartz, Andrew Lloyd Webber, and highlighted some of America’s favorite songs from the 1970’s, 80s, 90s and 2000’s.

The highly talented cast of singer/actor/dancers each had several numbers that featured their particular specialty or favorite song to sing.  It’s hard to single out this cast of skilled performers.  Suffice it to say that the cast in alphabetical order were all terrific, and include: Erik Bradley (the high-octane singer dancer, “Ballad of Sweeney Todd)), John Farrare (tenor, “Bring Him Home”), Sarah Hagar (soprano “What I Did for Love”) Danny Hansen (a wonderful choreographer and singing partner to Hagar), Elaine Hayhurst (she of the gorgeous legs, “Evita”), Chyka Jackson (beautiful rendition of “I Don’t Know How to Love Him”), Vicki Knight (wonderful rendition of “As If We Never Said Goodbye, from “Sunset Blvd.”, Kaley Smith and Cliff Plummer (a gorgeous duet from “Phantom of the Opera”), and Ethan Waters (the 13 year-old- going- on- 30 acting and singing phenom).  The entire production was directed and orchestrated, along with musical direction, by Cliff Plummer. Special kudos also go to the nine musician orchestra led by Steven Smith and to Visual Effects Designer Leanna Bonamici.  The gorgeous costumes although not credited, deserve special mention, and are an integral part of the entire production.

If you missed this production, shame on you.  It was one of the best shows in the Valley.  But, not too worry… you can attend Cabaret Theatre West’s upcoming show “It’s All About Love” which opens February 22, 2013 at the Indian Wells Theatre, in Palm Desert.

“It’s All About Love”, says it all.  Everyone loves a love song, and Broadway has been producing shows for years where love is always in the air.  Make sure you get your tickets and reservations early.  Call 760-568-0024 or visit www.CabareTheatreWest.com.