Produced by Word for Word in San Francisco 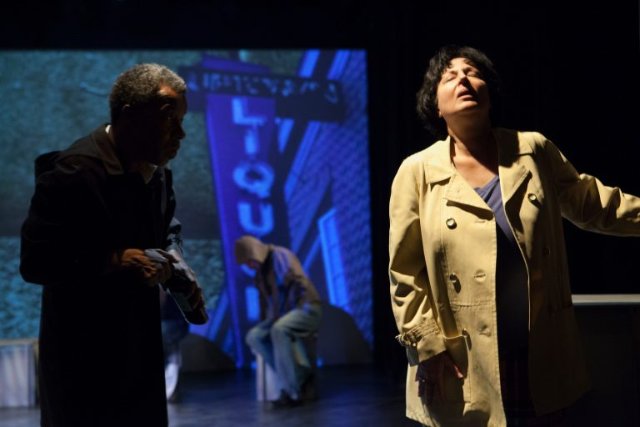 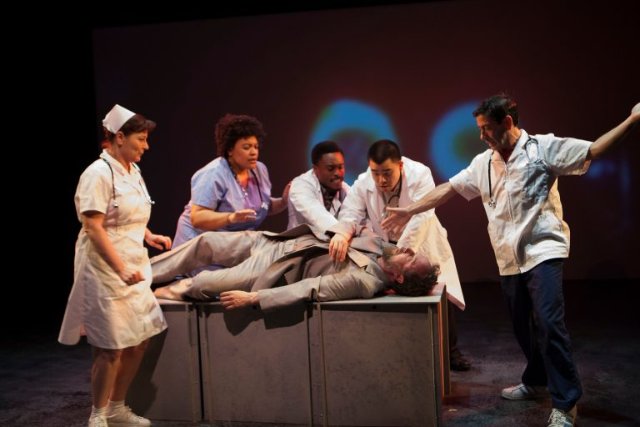 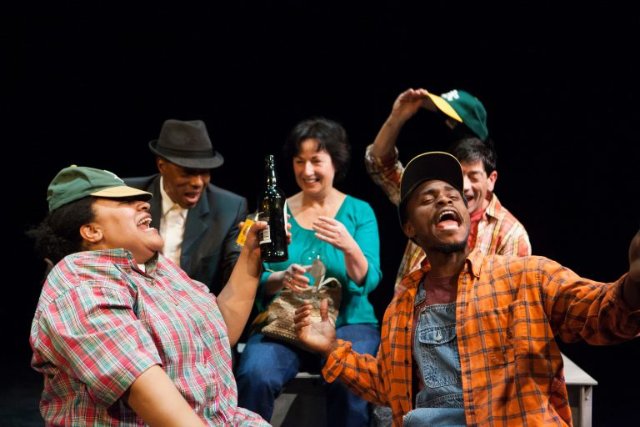 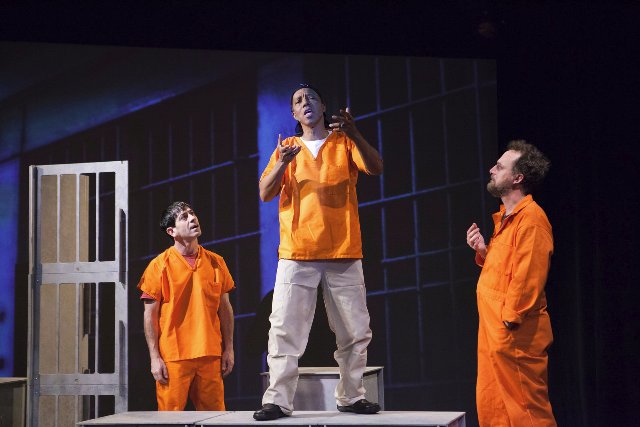 Before discussing the performance at hand, let me direct this first paragraph to those readers, who like me, are Word for Word company virgins. This theatrical enterprise’s distinct niche in the Bay Area market for the past 25 years is that they perform literary works not intended for the stage. They vocalize each word in a script, usually a short story, in a staged context and dramatic manner. In doing so, they open up a whole new world of literature to be performed live. And because there is much narrative in works not designed for stage, actors in this re-purposed literature must voice inner thoughts, visual descriptions, and other matters that take a little getting used to, as we normally would not experience them in a play. However, Word for Word’s longevity is a clear indicator that the company has succeeded in this unique form of literary presentation.

Lucia Berlin: Stories is a fine example of a successful mapping of the script of several short stories into a theatrical production. Berlin died on her 68th birthday in 2004. Although she had published in The Atlantic and other literary outlets, she was little known until a posthumous collection of her short stories A Manual for Cleaning Women became a best seller, lifting her into the pantheon of great prose writers.

Word for Word has selected five of her stories for staging, four of which derive from the more than 20 years she spent in Oakland and Berkeley in the ’70s and ’80s. Their poignancy to local audiences is owing to the rich array of geographical and institutional references she makes in her heavily autobiographical storytelling.

.The five stories constitute an arc in Berlin’s complex and often troubled life. A chronic and largely functioning alcoholic, she taught school in the best of times and cleaned houses in the worst. The stunning consistency among these stories is the human vulnerability that she exposes in each one, without self-reproach or judgment of others. She recognizes and accepts the fallibility we all have. Another partner that shares the rocky road in these chronicles is her concern about pending death, which may particularly haunt many addicts.

Each gritty and intense vignette adds another layer of revelation about the demons that Berlin dealt with. Two stories stand out. In Unmanageable Berlin bares the depravity of her addiction. Out of booze in the dark of early morning, she is unable to wait until 7 AM when the liquor store across the street opens. Scraping change together from pockets, purses, and drawers, she walks 45 minutes from Oakland to Berkeley in dark horror, stumbling and grasping whatever will hold her up. She will devour the half-pint she purchases within minutes, doomed to repeat the cycle. Along her journey, this educated, working woman shares company with what many would consider the dregs of society, accepting that they too are victims rather than perpetrators.

Flipping the role, in Here it is Saturday, the Berlin-based character is a sober, recovering alcoholic teaching a writing class in a prison. The varied participants include a burnt out hippie and a gang leader. Over time, as she induces them to put their very personal thoughts to paper, a transformation occurs. Invulnerability is a prized asset in prison, but by getting prisoners to open up, they divulge their vulnerabilities, reveal hidden intelligence, and gain enrichment. As Berlin notes, there is little mental difference between the prisoner and the poet. Each in their own way is a keen observer of the human condition. Although this story gives reason for hope, in its immediacy, it does not have a happy ending.

Jeri Lynn Cohen plays the Berlin proxies in each story in a largely low affect, conversation manner, fitting the nature of the material and of the author, forever seeking numbness from a bottle. Cohen does however grope for lines frequently, which disrupts the flow. Hopefully this will happen less as the run continues. The ensemble of experienced actors rises to the challenges.

Directors Nancy Shelby and JoAnne Winter deserve credit for accomplishing so much more than normally expected by a director in bringing a play to stage. In addition to curating the story collection, they needed to conceptualize the whole production from scratch, having no stage directions to rely on. They successfully orchestrate eight actors, each who takes on several roles, sometimes of different race or gender than their own. Every story calls for its own staging and costuming as well.

As stories not written with each other or the stage in mind, Lucia Berlin: Stories lacks the cohesiveness and unswerving trajectory that you would expect in a good play. But this production delivers the sharp-eyed insights of an empathetic and accomplished story teller in a well-crafted, entertaining manner. It is a focused opportunity for exposure to a powerful author who work was found too late for her to receive deserved recognition.

Lucia Berlin: Stories is produced by Word for Word and plays at Z Space Below, 450 Florida St, San Francisco, CA through March 11, 2018.