A Picture Book of Local Ads and Flyers 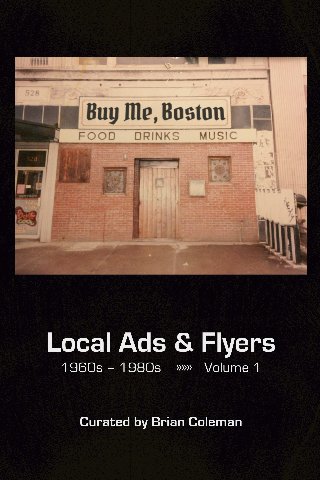 Cover of the book. 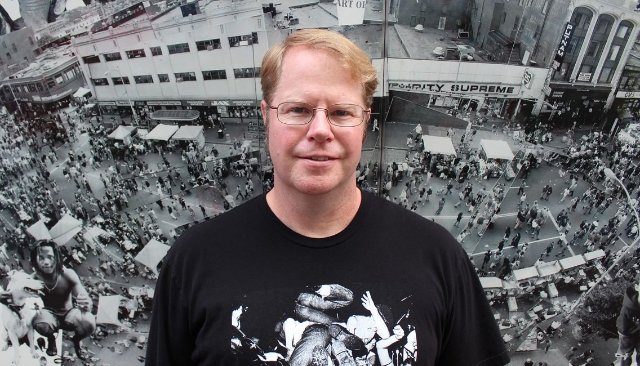 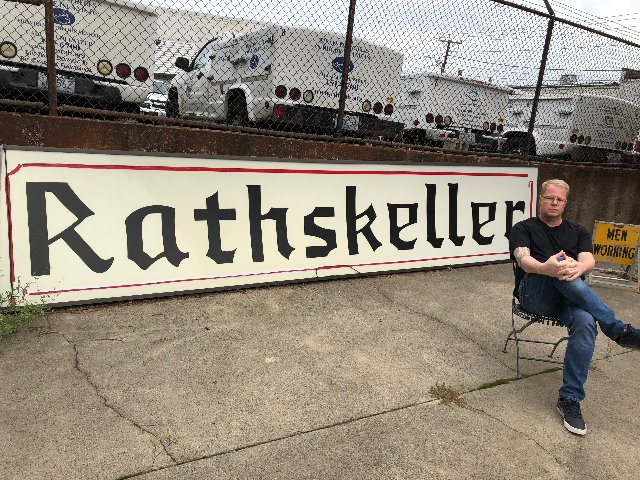 Coleman in front of the sign for the long gone Kenmore Square club. Margot Edwards photo 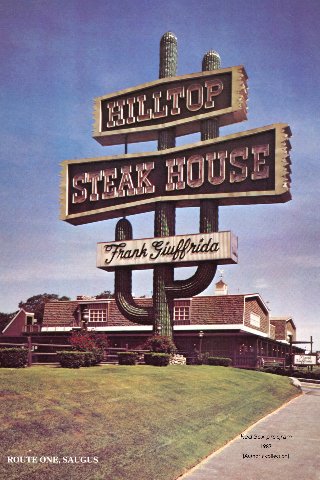 The cactus sign for Hilltop Steak House. All images from Buy Me Boston courtesy of Coleman and David Bieber archives. 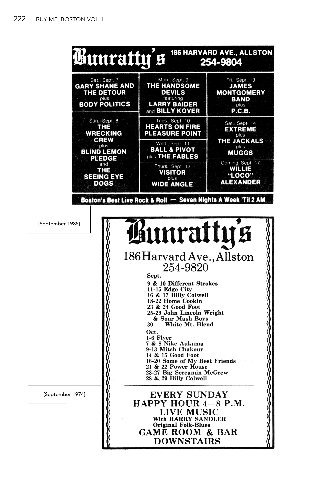 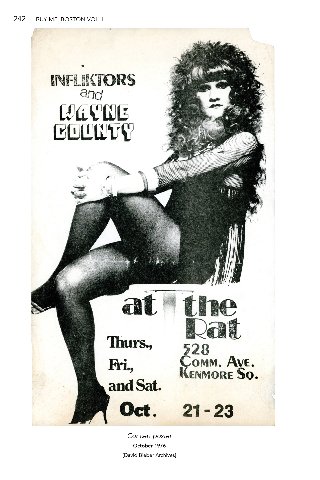 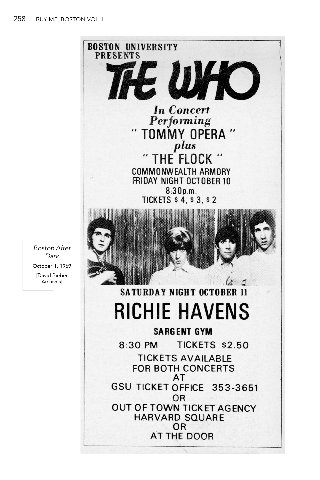 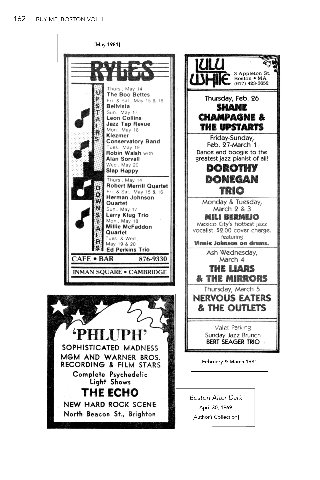 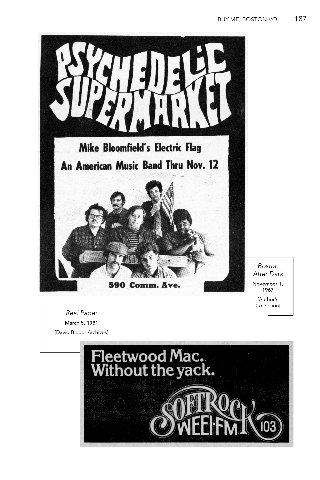 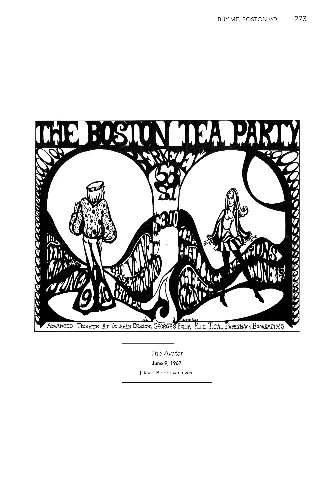 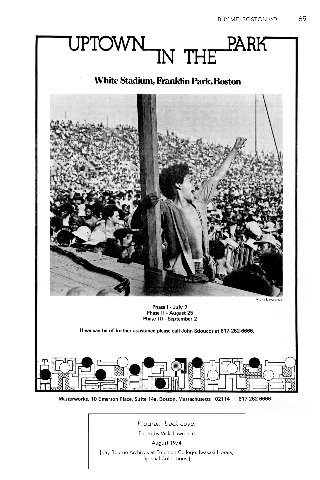 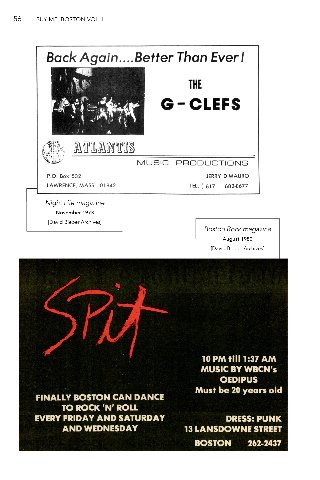 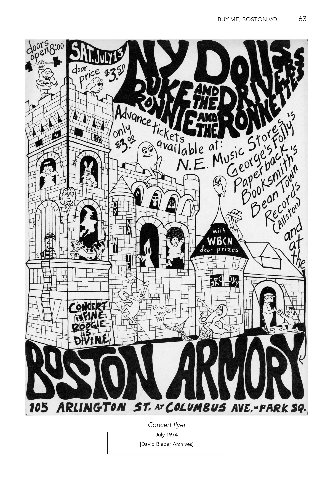 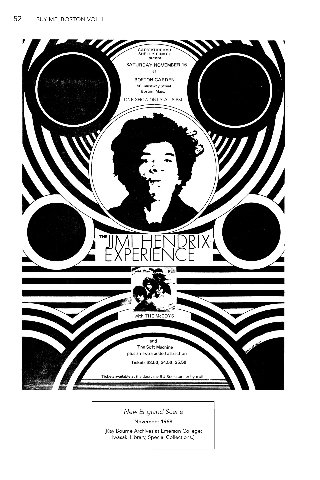 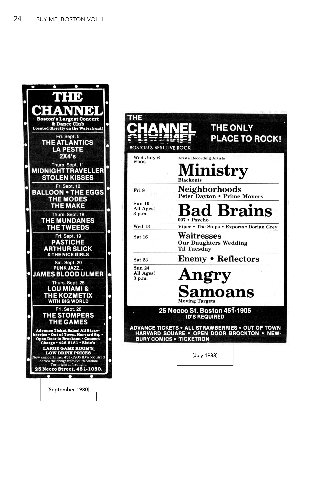 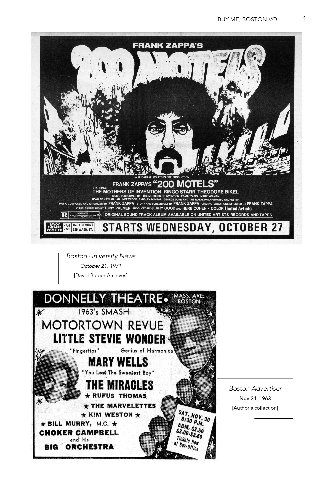 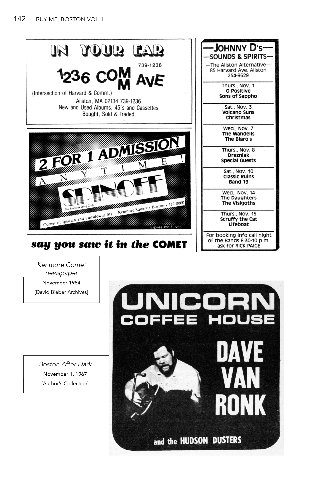 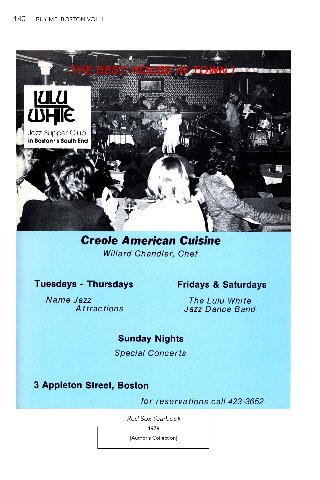 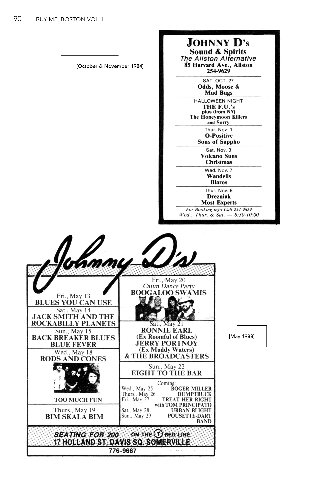 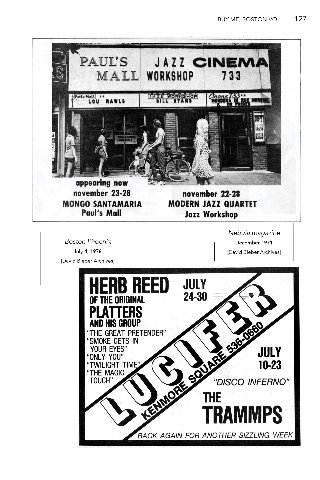 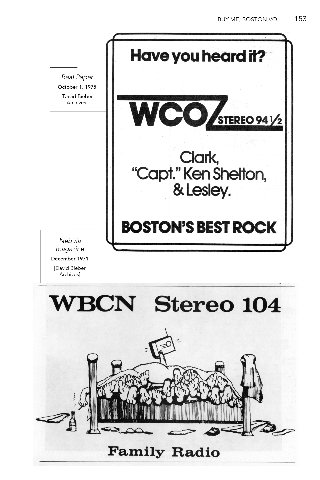 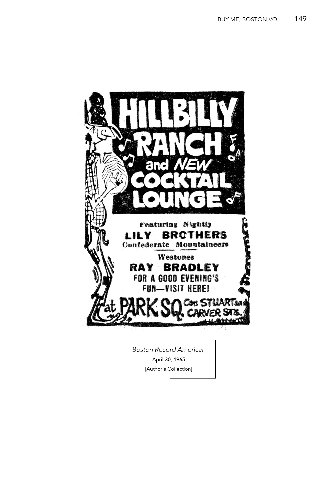 In the past few years there has been an increase of books focused on aspects of the culture and media of Boston.

The latest of which is Brian Coleman’s picture book “Buy Me Boston: Local Ads and Flyers, 1960s – 1980s, Volume 1.” The book is compiled from thousands of scans of pages from vintage publications. (Available at Amazon)

There is urgency to these books as primary sources both human and material are ephemeral. Those who were there during the golden age of counter culture of the late 1960s through 1980s are senior citizens. Many are now deceased.

A life in the arts equates to bulging file cabinets or boxes of ephemera in attics and cellars. A legacy issue entails the fate of this material. Heirs often have little insight or interest in that accumulation. Too often a lifetime in the arts ends in the dumpster.

There are museums, libraries and archives that collect. Beyond acquisition, however, there are challenges for cataloguing, storage, and conservation. That requires funding for librarians, curators, conservators and oversight of interns. Donors of collections must also endow or allow for monetizing the material in order to see that it is accessible and properly maintained.

Too often I get calls from collectors and estates of artists inquiring where and how to care for the work of loved ones. It is distressing to convey that there are no easy answers. This comes home to roost with my own concerns. What will become of a vast archive of documents, slides, negatives, prints, photo collages, and collections?

A mandate is to ensure that future generations of fans and scholars will have access to archival resources.

In 2017, while visiting San Francisco, we viewed the exhibition The Summer of Love Experience: Art, Fashion, and Rock & Roll at De Young Museum. It was a visual feast of rock posters, hippie fashions, underground newspapers, vinyl, and photographs. With acid flashbacks it brought smiles to the faces of trippy vistors.

A similar project focused on Boston's counterculture, arts and media from the golden age of 1960s to 1980s, would be a blockbuster for the Museum of Fine Arts or Institute of Contemporary Art. The material for a major exhibition is readily available.

Those who are most involved and challenged by legacy issues are often frustrated. Even if potentially interested too often museums and universities cherry pick from what is offered to them.

It is intuitive for artists and creators to look to institutions that educated them. While conducting research for a book Counter Culture in Boston: 1968 to 1980s I was struck by how many fellow journalists, artists and those in the music field are graduates of Brandeis University and Boston University. I hold a BA from Brandeis and an MA from Boston University.

One would assume that they would harvest rich collections from so many distinguished alumni. For Boston University, for example, graduates include George Wein, founder of the Newport Jazz Festival, music promoter John Sdoucos, WGBH DJ Ron Della Chiesa, Stephen Mindich publisher of The Boston Phoenix, jazz entrepreneur Fred Taylor, WBCN and Boston Phoenix publicist and archivist David Bieber. Add to that decades of graduates from its School of Fine Arts and theatre programming.

Given those phenomenal resources its a no-brainer that Boston University should have a museum on a par with the Rose Art Museum of Brandeis University, the Harvard University Art Museums, and MIT.

The confounding reality is that Boston University continues to have no interest in a museum or archiving the documents of so many distinguished alumni. An exception is the papers of Dr. Martin Luther King, Jr. There are dismaying reports about the state of and access to these holdings.

Some progress is being made in establishing archives. Through the efforts of David Bieber who worked for him, the archive of Stephen Mindich and The Boston Phoenix has been acquired by Northeastern University. It appears that Northeastern wooed Mindich and BU did not.

There are growing archives at University of Massachusetts on its Boston and Amherst campuses. Part of this includes estates of pop culture, rock and media photographers Jeff Albertson and Peter Simon.

A mother load of rock based ephemera has been acquired by David Bieber. He started collecting in 1960. Some 600,000 objects are being catalogued in a former industrial space in Norwood, Mass. The material ranges from t shirts, vinyl, newspapers, magazines, fanzines,  promo items, and posters. Much of this material was rare to begin with and now is priceless. On eBay, for example, T shirts, vinyl, and posters can fetch several hundred dollars.

A motto for Bieber, who may be described as a hoarder, has been “Never throw anything away as you never know when you might need it.”

Talking about the process of establishing the Mindich archive Bieber commented that when The Phoenix shut down so too did its website. "The writers were dismayed to discover that their work was not available online. Unless they saved the material it is no longer accessible digitally. There may be hard copies in libraries but the content isn't indexed."

This website began in 2006. Since then there are thousands of articles by a number of contributors. Periodically, the webmaster used to provide me with a monthly CD of the content. It got too large for a CD and labor intensive. Now it is backed up less frequently on an external hard drive. So that can be handed over to an archive.

Bieber, however, was skeptical. "If you have a collection of eight track recordings" he said. "You have to have the hardware to support it. Technology evolves rapidly and systems become obsolete."

Multi media artists, for example, create works with off-the-shelf hardware and systems. The flourescent tubes and analog television sets used by Dan Flavin and Nam June Paik are unavailable. That creates issues for collectors and museums conserving the work.

An entire generation of arts related websites are at or near extinction. Scholars and critics of future generations will have only major, mainstream publications to rely on. Imagine if all that is known of theatre in the Berkshires were confined to reviews in the Berkshire Eagle.

This is a crisis and potential loss that requires the attention of the National Endowments, Smithsonian, Library of Congress or major foundations. The resources and technology are doable to create a cloud to which thousands of websites may be uploaded. What's lacking is interest, funding and motivation. If no effort is made an era of critical thinking will be gone forever.

Coleman has had remarkable access to the Bieber archive which is not open to the public. He has spent hundreds of hours with the material and by now, as he told me, knows where to find vintage magazines and newspapers. Many of these he had never heard of. He stumbled onto Nightfall Magazine, for example, which I wrote for and became editor of when it expanded its format and design. He reminded me of issues and articles I have long forgotten.

The joy of Coleman’s book is rediscovering so many clubs, concerts, restaurants and venues now glazed over by the fog of time. Turning a page there is a rush to recall a memorable concert or club date.

What fun, for example, to encounter a full page color ad for the iconic Hilltop Steak House. Its giant cactus and life size cattle are now just a glorious memory. It was founded in 1961 by Frank Giuffrida on Route 1 in Saugus. It expanded with branches but the chain, which offered prime beef at affordable prices, closed in 2013.

Prior to this picture book Coleman has published books about hip-hop. There have been combined sales of some 25,000 copies for Rakim Told Me, 2005, Check the Technique (Villard / Random House) 2007, and Check the Technique Volume 2: More Liner Notes for Hip-Hop Junkies, 2014.

The author states  “Over the past several years I have spending most of my writing and research efforts diving deeply into the lesser-known stories and people of my adopted hometown of Boston, where I have lived permanently since 1988. I have covered so many of the city’s hip-hop artists over the past 20 years, but for this project I became enthralled by ads from local publications as I visited archivist friends – David Bieber, Kay Bourne, Chuck White and Wayne Valdez, among many others. I might not be able to physically recreate the town as it was in the 1960s, ‘70s and ‘80s, but I can remind people about the businesses that made it tick.

“Some ads are culturally significant; some are just amusing and purely ‘of their time.’ I have tried my best to really show what made Boston the town it was all those decades ago, with a mix of seriousness and a sense of humor. And this is just Volume 1, I have a lot more to share.”

Coleman has promoted avant-garde jazz while moonlighting as a hip-hop journalist. He has contributed hundreds of articles and reviews to publications including XXL, Scratch, Wax Poetics, URB, CMJ, the Boston Herald and Metro Newspapers.

He is working on Volume 2 of  Buy Me Boston.