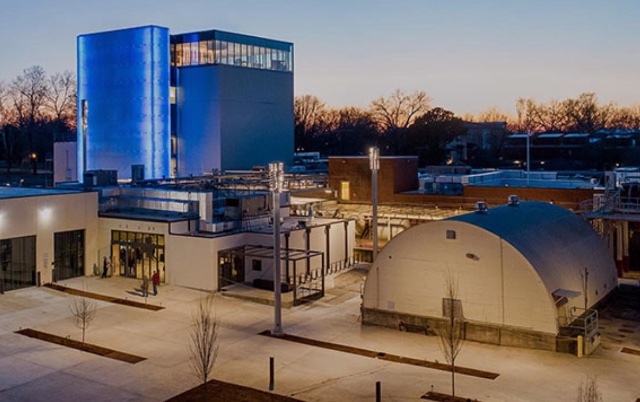 The Momentary, a performance space in Bentonville, Arkansas. 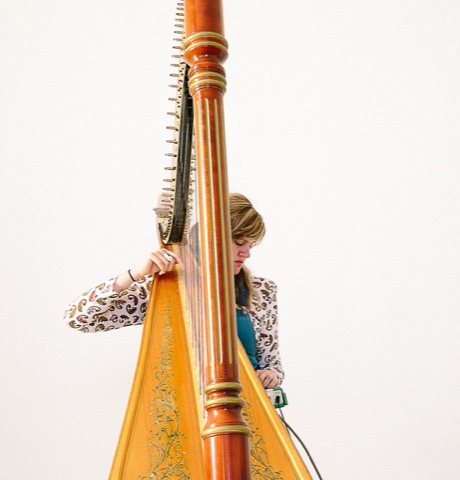 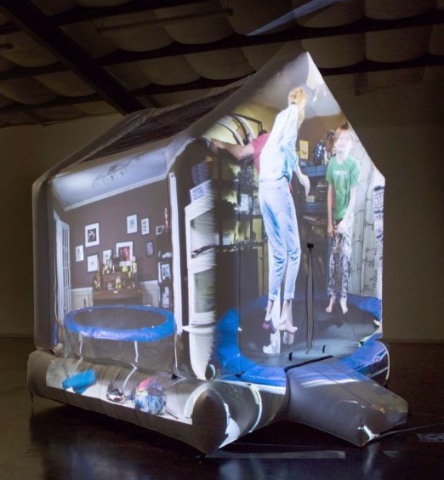 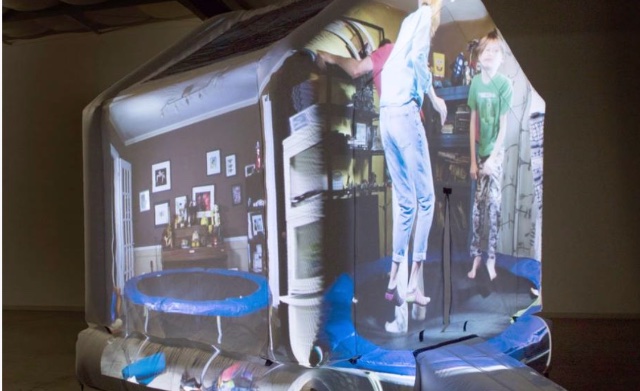 Bounce House, with a trampoline 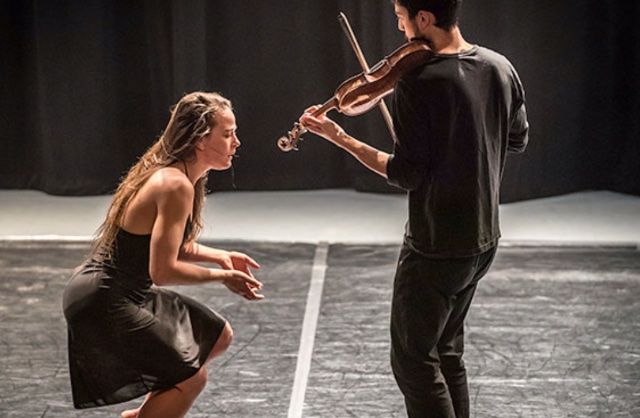 A study of effort at Momentary, Bentonville 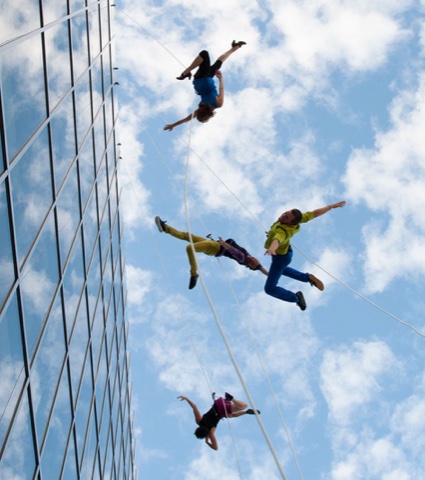 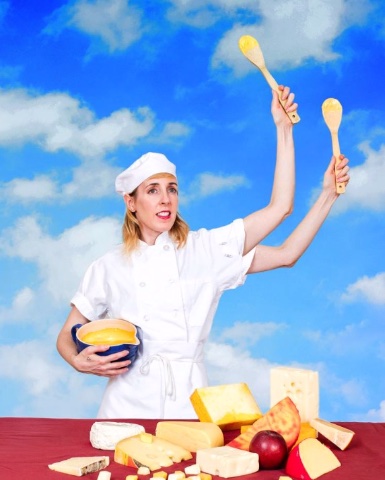 The Crystal Bridges Museum of American Art is a jewel created by the architect Moshe Safdie near a natural spring called Crystal and a bridge construction which is built into the museum.  It was conceived and financed by Alice Walton whose family founded the Walmart company, headquartered in Bentonville, Arkansas.

Now other members of the family have joined her in creating an exciting performance space in an old Kraft cheese factory in town.  The museum and performance place are gifts to employees and residents of Bentonville and the people of Arkansas. They are invitations to people all over the US to come visit.

Opening weekend for Momentary, the new performance space, is coming up.  An astonishing variety of performances are offered.

Harpist Mary Lattimore performs music not to zone out on, but to self-actualize. Lattimore experiments with her Lyon and Healy Concert Grand harp and effects and also writes harp parts for songs and recordings.

She has performed and recorded with such artists as Meg Baird, Thurston Moore, Sharon Van Etten, Jarvis Cocker, Kurt Vile, Steve Gunn, Ed Askew, and Fursaxa. Her songs are complicated and evoke an emotionally shifting landscape. You are changed as you listen.

Lattimore has been a part of soundtrack projects including the Valerie Project, Lopapeysa, a film by David Kessler set in Iceland, and the film score for Marina Abramovic: the Artist is Present, a documentary about the artist. In March 2013, she accompanied Nick Cave’s beautiful horse soundsuits for the 100th anniversary of Grand Central Station in New York City.

Home Balance morphs a children’s bouncy house into a contemporary art project about balance. A large inflatable house is custom built with walls that become glowing film screens, illuminated by videos of a family inside their own home: the artists and their children jumping up and down, breaking things, hitting their heads against the ceiling, knocking over furniture, falling, creating complete havoc. As the private space of the family home is made public for everyone to see, visitors can enter and bounce in the midst of the images. Home Balance questions what constitutes a home, and draws on childhood games to explore how family interactions challenge the desire to maintain orderly control of the structures in which we dwell.

Home Balance was created by The artistic team of Hillerbrand + Magsamen. Together they create sculpture, installation, performance, video and photographic works they call “Suburban Fluxus”.  Often including their two children, Madeleine and Emmett in their work, the family critiques and playfully scrutinizes contemporary suburban life.

Skateboarders vs. Minimalism features the world’s best freestyle skater Rodney Mullen, together with North Carolina-based Hillary Thompson (the first openly transgender professional skateboarder) and colleague Jesus Esteban, with sound composed by American composer Philip Glass. The video takes place within a museum environment, as the artist states that “the streets are our museums.”

Bandaloop honors nature, community, and the human spirit through perspective-bending, vertical dance. Using the Momentary Tower as a dance floor on its side, Bandaloop creates a new and original performance sited for the Momentary building with visuals by creative technologist Osman Koç.

The Recipe: Milk, Cheese,Velveeta, Love, Hope & Transformation is by Kristin Worral. She is a performer, sound designer, and pastry artist. Worrall will create an original, performative live cooking show drawing on the history of the Momentary site as a former apple orchard, hunting ground, and cheese processing plant. Using history as the inspiration, Worrall invites Momentary audiences to learn how to cook, learn about the Momentary, and learn a little about her.

Audience members will be served samples of dishes prepared directly following the show.

A Study on Effort was originally conceived by Bobbi Jene Smith in 2014 and has since had showings at Studio Varda, San Francisco Conservatory of Dance, Gibney Dance, and the Israel Museum. In 2016, Smith and GoGwilt collaborated on a new version of the show, which has been performed to critical acclaim at the Luminato Festival, PS 122’s COIL Festival, the ODC Theater, and the American Repertory Theater. It was noted as one of Toronto’s top 5 dance performances of 2016 (The Toronto Globe and Mail).

This is just a tasting menu of what the space will offer. Momentary makes it tempting to visit Bentonville, Arkansas.