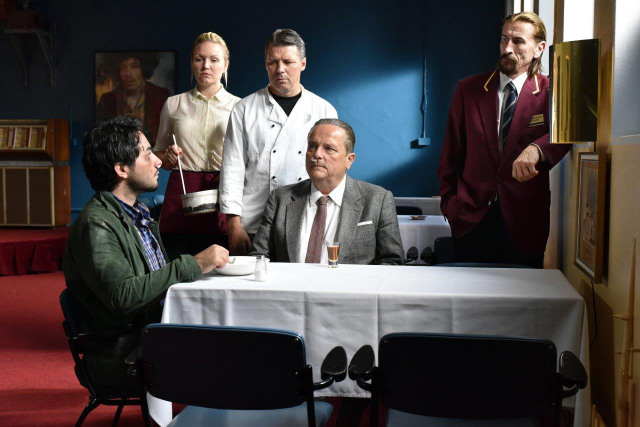 The Other Side of Hope. All photos courtesy of Berlinale 67. 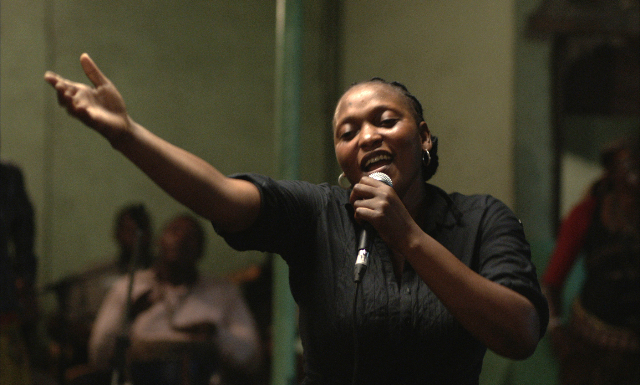 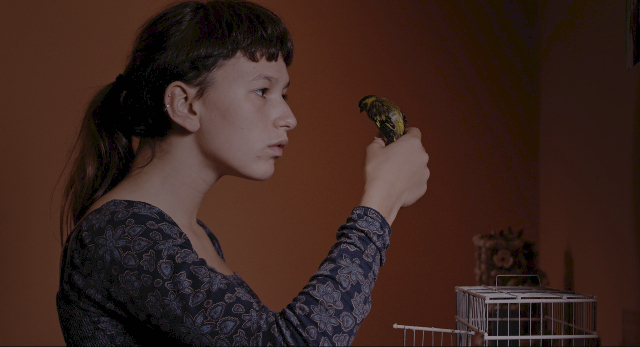 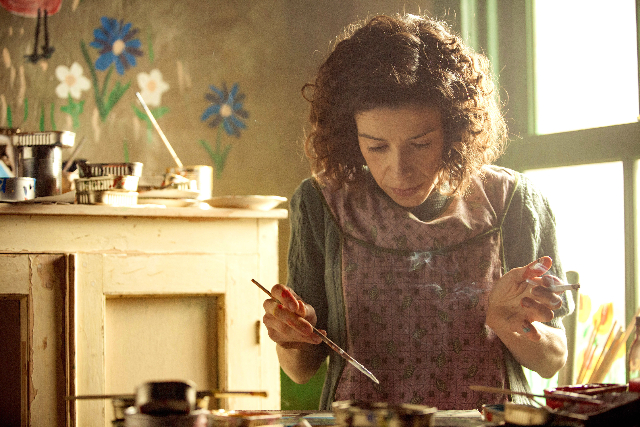 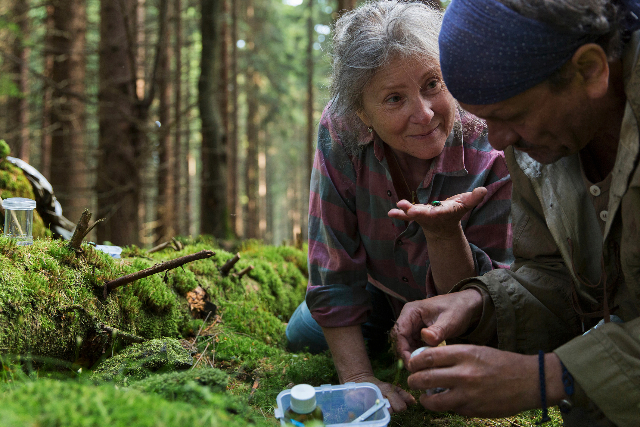 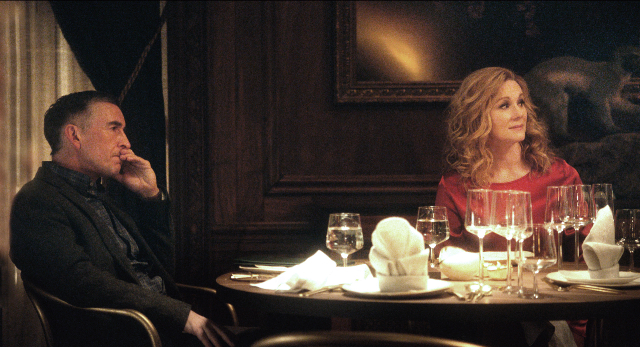 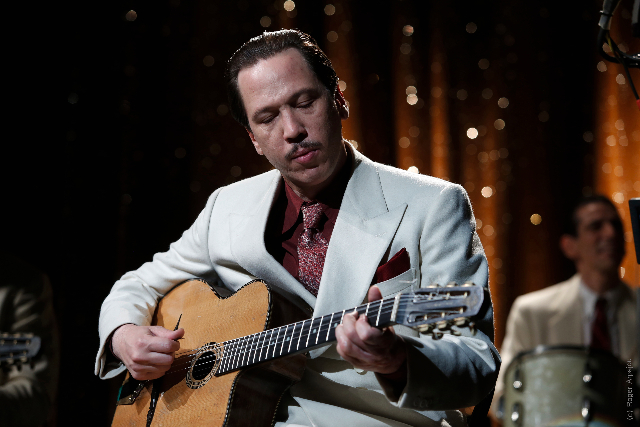 A few days ahead of Oscar Night this Sunday, we would like to report about the just celebrated 67th Berlinale in Germany:

The 67th Berlinale, from February 9 to 19, 2017, started with high expectations and ended in a lukewarm acceptance of choices, which the international jury of seven (Paul Verhoeven, Dora Bouchoucha Fourati, Olafur Eliasson, Maggie Gyllenhaal, Julia Jentsch, Diego Luna and Wang Quan'an) presented at the gala on February 18, at the Berlinale Palace. Although this jury made their selections from only 18 submissions for the big prizes - the Golden Bear and seven Silver Bears in the Competition - it is this section that counts. The Competition is the heart and center of this huge international film festival that also turns every year into a film-viewing orgy for around 4000 critics as well as for a huge number of highly motivated moviegoers.

The remaining 381 films were presented in other sections, seemingly increasing year by year, and adding prizes of their own. There were, among others, the Berlinale Special with interesting selections: The Panorama, The Forum, Perspective German Movies, the Retrospective, The Culinary Kino, Natives, Berlinale Shorts and the films for the younger viewers – the Generation Kplus/14Plus - not to forget the huge business section of the festival, the European Film Market (EFM).

Perhaps there are too many choices and, perhaps, the shift towards personalized stories, the retreat into psychological portraits of people, depicted in so many films this year, reflects a global tendency. But the usual expectations as to the Berlinale being a political festival, were definitely disappointed. The focus had shifted to movies showing the struggle of individuals to find their place in the world. Or, as the festival director of 18 years, Dieter Kosslick, put it: "Many films ....show us not the grand utopian dreams but the little ones, which bring us closer to moments that point to a way forward."

Thus, most of the movies in the Competition are well made, many of them will make it into distributions worldwide, and most of them will strike chords with the viewers since they depict familiar and familial struggles and some small happiness. The big winner of the Golden Bear was such a quiet movie by the Hungarian director Ildikó Enyedi On Body and Soul (Teströl És Lélekröl). It is about a blossoming love story of an autistic quality control worker and her boss in a slaughterhouse in Budapest. They slowly overcome their inhibitions and shyness with the help of a shared dream sequence that involves peacefully grazing deer. Pokot by the Polish director Agnieszka Holland, also deals with animals, forest scenes, real and imagined, as well as with the mysteries of several ‘slaughtered’ hunters. All of it provides the backdrop for a surreal story about the eccentric elder woman Duszejko, a retired engineer, who fiercely fights against hunters in a remote Polish mountain region. It got a Silver Bear for new perspectives in film.

The most important Silver Bear, the big prize of the Jury, went to Félicité by Alain Gomis, the French director with West-African roots. It centers on a haughty singer in a bar in Kinshasa, Congo, who learns to get along with others, when she needs financial help for her injured son. Her pride is slowly broken and she can find love in a mate that she had previously looked down upon.

Another character study was presented with a Silver Bear, the winner for best actor. It went to Georg Friedrich as Michael in Bright Nights (Helle Naechte). This German/Norwegian movie by Thomas Arslan has the viewer painfully and slowly follow Michael as he tries to get close to his hostile son during a trek through a remote wilderness in Norway.

The Silver Bear for best actress was surprisingly given to Kim Minhee as the actress Younghee in the Korean film On the Beach at Night Alone (Bamui haebyun-eoseo honja) by Hong Sangsoo. Younghee runs away to Hamburg, Germany, to forget her bad affair with a married man. She returns to Korea, sees old friends, but escapes to a lonely beach to find peace. Marta (Alice Albergaria Borges), the totally abandoned daughter of a dysfunctional couple, in Portuguese director Teresa Villaverde film Colo would have been a much more impressive candidate for this prize.

Not surprising and well deserved is the Silver Bear for best Director given to famous Finnish director Aki Kaurismäki for The Other Side of Hope (Toivon Tuolla Puolen). It also represents the most engaged political statement of the entire Competition. It is the story of a Syrian refugee, Khaled (Sherwan Haji), who accidently ends up in Finland. It intertwines with the story of Wikström (Janne Hyytiäinen), a traveling salesman, who sells everything to open a restaurant, where Khaled finds a job and a home. Hilariously funny scenes ensue, where both seem to be content, until Khaled is found injured by anti-immigration radicals and has to flee, after accompanying his sister to be registered with the police. He ends up homeless and out of luck.

Out of luck were also the American contributions such as James Mangold's Logan that is already starting in movie theatres here. The other one, The Dinner by Oren Moverman is a well-made movie about two related couples that have to deal with their son's malicious burning of a homeless woman. It is a study in how morals, ethics and honesty keep being manipulated for the sake of a normal life in society. No Bear for any of them, but they will make it to the movies. The only one receiving a Silver Bear for best script is a co-production of Chile, USA, Germany and Spain by Argentina born Sebastián Lelio. Una Mujer Fantástica (A Fantastic Woman) were Marina's (Daniela Vega) love affair with a much older man turns bad when he dies of a heart attack. She has to fight against the hatred of her friend’s family and hatred of being a transgender woman.

Although the 67th Berlinale has not presented great movies, it has paved the way for a considerable number of films to become potential box office hits. Django the opening movie of the festival by French director Etienne Comar about the Roma guitar legend Django Reinhart is one of them. The same should hold true for British director Sally Potter's, The Party, a witty and sarcastic observation of human foibles. Sage Femme (The Midwife), the French movie with superstars Catherine Deneuve as glamorous and selfish Béatrice and Catherine Frot as the midwife Claire, is a definite for distribution.

Not to be forgotten, the Berlinale Specials may prove a great resource for main-stream ‘kinos’ as well. Masaryk by the Czech filmmaker Julius about the former Czech Ambassador to Great Britain, who became Prime Minister of the exile government in London in 1940. He headed the exile government of the Czech Republic during the war, and after the end of World War II became part of the first government back home. It could become another public favorite. And, there is Maudi by Irish director Aisling Walsh. It is about a severely deformed folk-art painter in Ireland, who prospers against all odds. A happy tearjerker, and a definite crowdpleaser in the cinemas. Well, there is smoking - chain-smoking - in almost all the official movies. Hmmh!!

If smoking is a reminder of the bad old times, it is also a symbol for coping with uncertainties, for getting a handle on sanity to survive in an alienated world. But superseding this negative aspect is the constantly repeated mantra of the 67th Berlinale about the strength of individuals to find hope in life and for life. Judging from our turbulent political situations globally, this is not a bad message to send.