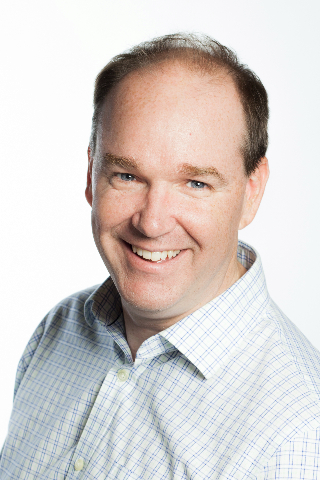 "We are incredibly excited to have Adam Davis joining the Shakespeare & Company team," said Artistic Director Allyn Burrows. "To have someone with his experience, vision, and sense of humor will be a major asset to our organization and arts community. He's also a Massachusetts native who's excited to bring his family back home, and we're glad to be a part of that move!"

Board Chair Ken Werner added, “We’re thrilled that our nation-wide search to fill this position produced a candidate as exceptional as Adam. The Board is looking forward to working with him and Allyn to realize our shared vision for the Company.”

Davis stated, “It's an honor to join Shakespeare & Company, with it's forty-year history of theatrical excellence, innovative training, and award-winning educational programming. I'm looking forward to bringing my energy and experience to the Kemble Street property, and work towards making our physical home worthy of our performances on stage. There are so many opportunities to revitalize our campus, and further strengthen our relationship with the Berkshire community.”

A native of Weymouth MA, Adam Davis has fulfilled leadership roles in theatre management for more than 15 years. He comes to Shakespeare & Company from the Los Angeles County Arts Commission where he was Managing Director of productions in charge of programming and day-to-day operations for more than 230 events annually.  During his tenure at the commission he had a major impact on the county-owned John Anson Ford Theatre, a historic venue in the Hollywood Hills presenting a culturally diverse summer season of music, dance, theatre and family offerings.

Davis supervised and strategized fundraising for a $67 million renovation of the Ford completed in 2016. He also launched two free programs to extend the Ford brand: The Ford on the Road to create awareness of the arts in underserved communities and JAM Sessions that brought together Ford artists and members of the public in arts engagement activities. He produced the L.A. County Holiday Celebration, an annual event at the Dorothy Chandler Pavilion of the Music Center of Los Angeles featuring 600 performing artists from the county’s myriad cultural communities. The show is televised live and Davis received an Emmy award for the 54th edition of the celebration in 2013.

Earlier in his career, Davis served as Theatre Operations Manager of the Center for the Arts, a three-theatre complex at Pepperdine University in Malibu, California, and Company Manager at La Jolla Playhouse in La Jolla, California. While on the west coast, he contributed to the work of regional organizations as a board member of California Presenters, and participant in the Southern California Leadership Network. Adam Davis holds a Bachelor of Arts degree in Theatre from Principia College. Davis is in the process of relocating to the Berkshires, and will be full-time at Shakespeare & Company as of April.