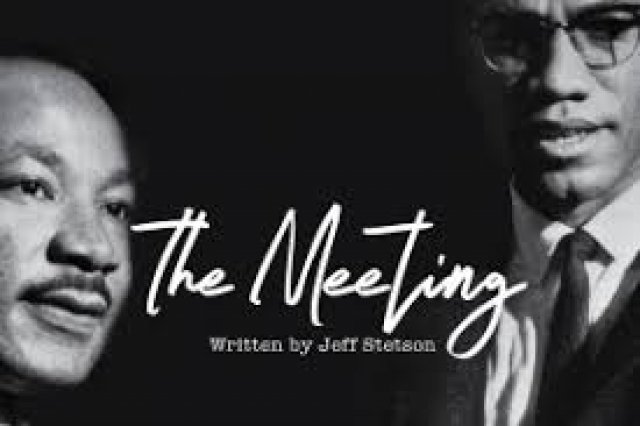 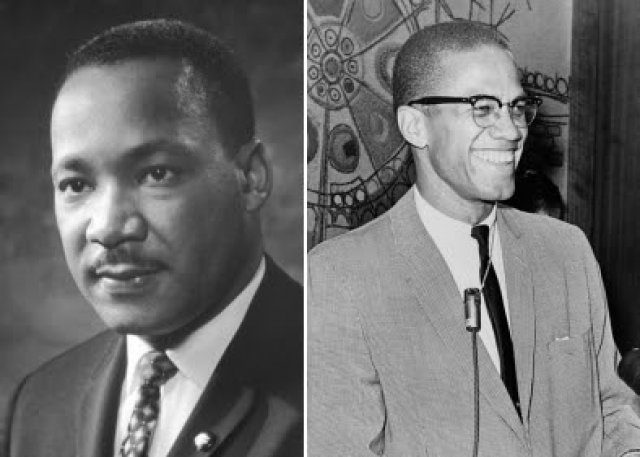 The redoubtable Laurence Holder opened the three readings produced by New Federal Theatre (NFT) in black history month. His When the Chickens Come Home to Roost was another NFT triumph.

This weekend NFT gives us “The Meeting,” a fictional account of a meeting between Malcolm X after he had left Elijah Muhammad and Rev.Martin Luther King, Jr.

As far as history records, the two men only encountered once. They both attended the Senate debate which preceded the passage of the 1964 Civil Rights Act.

In this production, Beethoven Oden plays Malcolm brilliantly, ever alert to opportunity, but as kindly as he is sharp. Joseph L. Edwards as Rev. Martin Luther King, gives us a man who has been able to channel his deeply suppressed fury and transform it into action. Anger is palpable, rumbling under the love preach. This King is comfortable enough to reveal himself. Tyler Fauntleroy as Resheed, shapes the role of bodyguard as partner.

We are gripped by the debate over violence as a means to an end versus pacific love. King is ever the pastor, insisting the Jesus gave us the message and Gandhi, the means. While King wants his people to sit in restaurants, Malcolm wants his people to claim ownership. King recognizes the power of Malcolm’s message, encouraging self-reliance. King is focused on healing all of America.

They are meeting at the Hotel Teresa, then Harlem's tallest building.  Soon the Adam Clayton Powell office building will rise taller across the street. Now when Malcolm and King step out on the balcony, they have Harlem''s premier view.  Malcolm talks about people on the streets below. Young prostitutes never question what they are doing. They don't have time. And where does singing "We Shall Overcome" get them.  Malcolm wants to sing "We Shall Come Over," wherever you are, wherever you are hurt or in pain or abused.

The dialogue engages. Award-winning Director Ajene D. Washington captures the mood in broad strokes and subtle ones. It is pointed out that Malcolm's chess game isn't chess. He always wants to protect the pawns. Resheed, his bodyguard observes that this game is a King's Gambit. The King must be saved. The pawns are to protect him.

Malcolm starts to recount a dream, and quickly apologizes to King.  He has stolen his line. Both men grin. As different as their methods may be, this is a warm, if contentious, debate. We feel very much inside the hearts and minds of these two black leaders.

Both men are the sons of preachers.  Both men married educated black women.  And both men knew that they did not have long to live on this earth.  Malcolm would be killed in the Audubon Ballroom on 165th Street a week later.  He was 39  years old.  King would be killed three years later, also at 39.

Malcolm says that it's too bad they can not unify. King points out that while their followers may see it differently, in fact both men together can bring black people forward. It has taken more than half a century, and the quiet afforded by Covid, for everyone in this country to begin to contend with the issues Malcolm and King raised. Stetson's play dramatizes the dilemma.

These readings are free. Contributions to New Federal Theatre are always welcome.