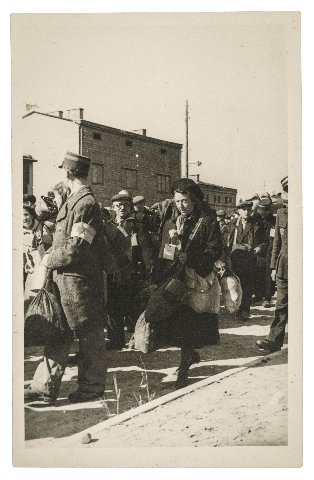 All Untitled images courtesy of the Museum of Fine Arts Boston. 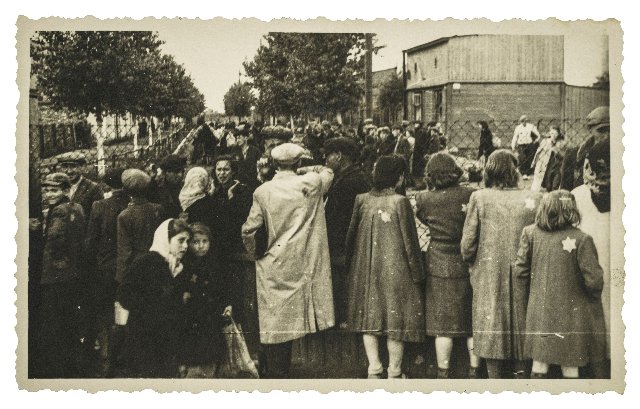 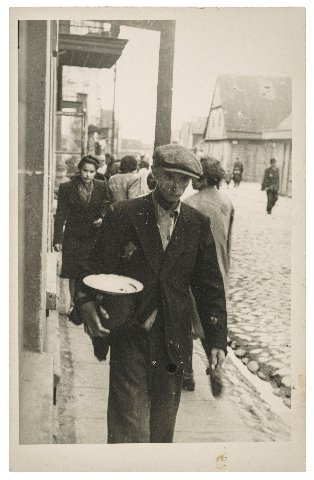 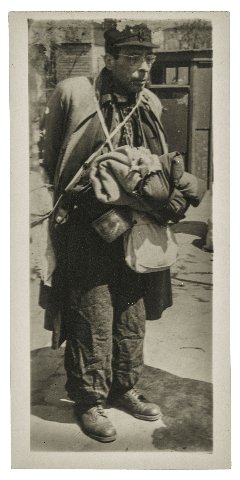 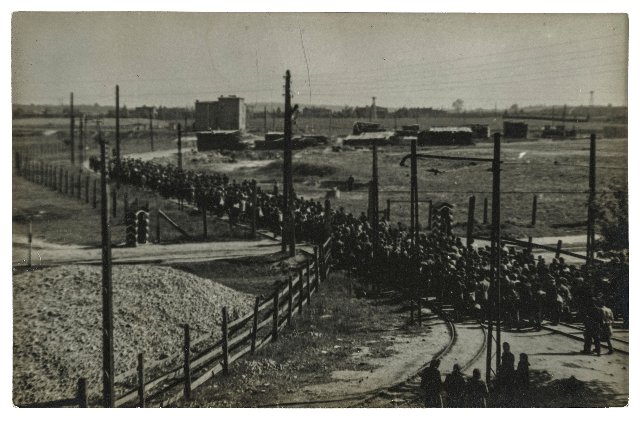 The Museum of Fine Arts, Boston (MFA), has received a gift of 48 photographs by Henryk Ross (1910–1991), which offer an extraordinarily rare glimpse of life inside Poland’s Lodz Ghetto during the Holocaust. Donated to the MFA by collector Howard Greenberg, the group of gelatin silver prints was originally given directly by Ross to Lova Szmuszkowicz, later Leon Sutton (1909–2007), a fellow survivor of the Lodz Ghetto who brought them to the U.S. when he immigrated to New York City in 1947. The prints represent a significant range of both official images, which Ross took as a photographer for the ghetto’s Department of Statistics, and the unofficial photographs that he took secretly at great personal risk, which documented the grim realities of life inside.

“This extraordinary collection of images reminds us of photography’s power to preserve and amplify the full emotional range of lived experience. Together, these 48 photographs serve as both memory and documentary evidence of the extremes of war. They are powerful and memorable,” said Matthew Teitelbaum, Ann and Graham Gund Director. “Imagine the journey: passed from the photographer to a fellow prisoner in the Lodz Ghetto, hidden and brought to New York City in a small envelope, passed from one generation to another after a lifetime of care, and now preserved permanently in one of America’s great collections of photography. That, too, is powerful and memorable.”

The Lodz Ghetto was the longest-existing and second-largest, after Warsaw, of at least 1,000 ghettos established by the Nazis to isolate Jews within the Eastern European cities that the regime occupied between 1939 and 1945. Previously a photojournalist for the Polish press, Ross was confined to the ghetto in 1940 with his wife, Stefania. Put to work by the Nazi regime, Ross was assigned to illustrate the productivity and efficiency of the ghetto and make identification cards for registered workers. At the same time, the photographs that Ross took in secret documented the ghetto’s deplorable and steadily deteriorating living conditions as well as the deportations of residents to extermination camps at Chelmno and Auschwitz.

When the Nazis ordered the final liquidation of the Lodz Ghetto in 1944, Ross was among a group of about 900 residents held back to clean up and gather property from empty buildings, while Sutton was among those deported to Auschwitz. It was then that Ross buried a box of his negatives in the ground. Three months after the ghetto was liberated by the Russian Red Army in January 1945, he excavated the box. The prints in the group acquired by the MFA—the first photographs by Ross to enter the Museum’s collection and among the rare few owned by a U.S. museum—were made before 1945 and given by Ross directly to Sutton, who returned to Lodz after Auschwitz’s liberation and subsequently brought them to New York City.

Sutton’s son, Paul Sutton, inherited the photographs from his father and understood their importance after seeing Memory Unearthed: The Lodz Ghetto Photographs of Henryk Ross, an exhibition that the MFA hosted in 2017. Sutton then contacted Greenberg, a prominent collector of photography and gallery dealer, who purchased the group and subsequently donated it to the Museum.

“I am so excited and deeply gratified to see that my father’s collection of original Henryk Ross images will be residing in the permanent collection of the MFA,” said Sutton. “After traveling to Boston to view the Memory Unearthed exhibition at the Museum in April 2017, I knew how significant my father’s collection was and wanted very much to see the photographs preserved. Having these images added to the permanent collection of the MFA is an extreme honor to the legacy of my father, who personally received these images from Mr. Ross in Lodz and then preserved these images for many years until he entrusted them to me. As the first-generation Jewish American son of two Polish Holocaust survivors I do strongly feel that we must never forget. I would like to thank Howard Greenberg for his support and efforts to facilitate their accession to the MFA and MFA's Kristen Gresh for her enthusiasm and professionalism in completing this acquisition.”

Born in Lodz, Poland, Leon Sutton was the son of a textile factory owner and lived in the Lodz Ghetto during World War II. After receiving the photographs from Ross and bringing them to the U.S., Sutton kept them in an envelope, where they have been preciously held for most of the last 75 years. The prints’ exceptional provenance allows the MFA to preserve and tell multiple stories, including that of emigration from Europe after World War II.

“The journey of these photographs is fascinating, one that touches many different people along the way—starting with their beginning with the courageous Henryk Ross, passed to his friend Leon Sutton, then to his son Paul and acquired by me two years ago. We're all delighted that these works will find a final home at the MFA and be shared with generations to come,” said Greenberg. “It is especially meaningful for me to be able to donate them in honor of Jacques Preis, trustee of the Leonian Trust, who believes in the power of photography. The story of Leon Sutton—and all the brave people who endured the Lodz Ghetto and those who perished—should never be forgotten.”

A significant addition to the MFA’s documentary holdings, the photographs by Ross bolster the Museum’s mission to represent the many different histories of the medium. They complement the MFA’s growing collection of photographs from World War II and join those of other Jewish photojournalists, including Robert Capa, Eva Besnyo, Roman Vishniac and Clemens Kalisher.

“These photographs provide an intimate visual record of a harrowing time in history,” said Kristen Gresh, Estrellita and Yousuf Karsh Senior Curator of Photographs. “One of the images in particular is incredible to see because we have only ever seen a reproduction of a damaged negative likely from the same roll of film that had looked as though it had been burned. Seeing the print of this otherwise lost moment in time is a truly moving experience.”