Today Is My Birthday By Susan Soon He Stanton 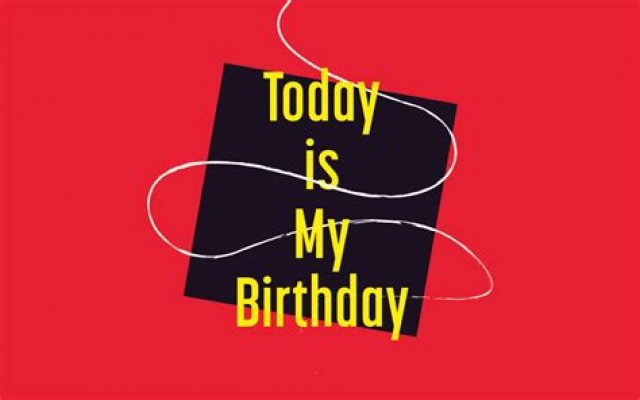 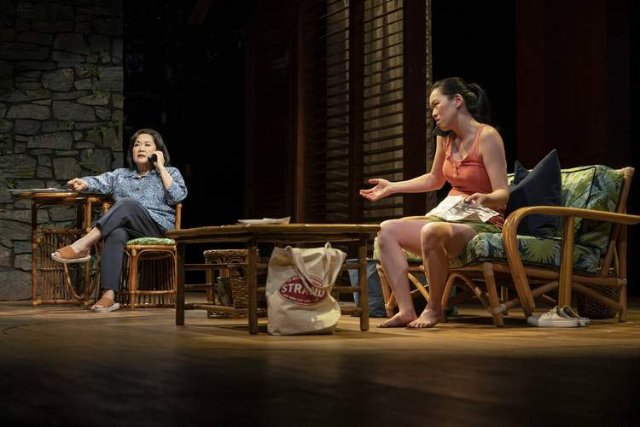 Have our relationships devolved into series of texts, voice mail messages and brief phone calls? In Today Is My Birthday, the comedy that played at the Yale Rep and is now streaming through Saturday, March 5, it seems that is all there is.

We meet Emily Chan. Is it her birthday? I’m not sure. But we learn that she has a master’s in journalism from Columbia and has returned to O’ahu after breaking up with her boy friend and not finding job opportunities in New York City.

She’s 29 but you can make the case that she acts much younger.

Through multiple brief interactions, some in person and others via voice mail and texts, we see her life.

First there’s her mother and father, who have decided to divorce, much to Emily’s shock. Mom is worried both by Emily’s unmarried state and her career impasse. Dad seems passive and possibly agoraphobic.

Then there is her NYC friend, Halina, who is intent on destroying her marriage through game playing.

In O’ahu, there’s Landon, a high school friend who stayed in Hawaii and Franklin another friend.

Each of the five actors besides Jeena Yi as Emily, play multiple roles.

If lots happen during this 90-minute play, we don’t see much of the motivation. Emily considers herself shy but agrees to call into a Shock Jock radio show pretending to be someone else. Her friend who runs a theater company wants her to enact a scenario of a “hot” woman who falls for the voice of the program’s “Hunk of the Week”. Why does she agree? Who knows? But she slowly gets into the role and makes several return appearances.

Then there’s the shock of her parents’ impending divorce. She helps her dad find an apartment, and moves into it with him, but finds that his distracted and disorganized ways drive her crazy.

Her career isn’t moving forward in O’ahu either. Queries she makes to editors about potential articles are unanswered. Her one apparent break falls apart when the subject of the profile dies. She alienates one of her close friends and rejects the guy she falls for because in junior high school she says he bullied her. A temp job turns out to be just that.

Episodic plays – whether using letters between people or phone calls and voice mails – have a built-in problem. The messages are so brief and sporadic that the audience is left to fill in many of the gaps. We learn about the reason for her break-up with her boyfriend in NY only late in the play and then only in half sentences.

When you leave the audience with so much work to do filling in blanks and putting puzzle pieces together, it’s possible they will lose interest.

While Today Is My Birthday is funny and can be touching, at times you wish author Susan Soon He Stanton had focused the work more. Many of the characters are interesting.  Emily’s NYC friend, Halina could be a fascinating character but just when we begin to get involved in why she is doing what she is doing, the voice mail or call ends and we are on to something else.

Director Mina Morita has done a fine job keeping the piece moving and centered on Emily even if some of the other characters are more interesting. She and the cast get the laughs and even manage to add some regret and disillusionment.

Jenna Yi is fine as Emily, but she is hampered by the approach which makes it difficult for the audience to get beneath the surface of the character. Emily Kudoda plays both Emily’s mother as the stereotypical mother of an older unmarried daughter and a number of mother-like characters. Francis Jue is interesting as her father; but he is such a mass on contradictions that it is difficult to really see him as more than a plot device. Atra Asdou is both Halima, who I suspect is mentally ill, and the DJ Solange. Chivas Michael plays Emily’s best friend who stayed on the island and the Shock Jock Loki. Gabriel Brown has several minor roles including the ex-boyfriend, the former bully and the theater company director.

Leaving the play, I was less interested in what happened to the characters and sadder at how technology while sometimes improving our relationships has also let them become so disjointed and sporadic. Do we ever make real connections anymore?

To get access to viewing the video of Today Is My Birthday, visit YaleRep.org.