Focus on Women and Girls 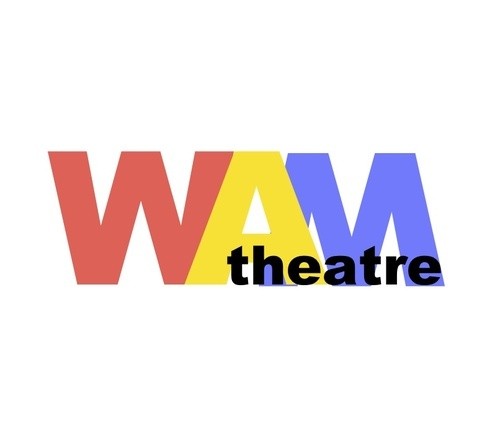 “I’m delighted to announce the diverse programming we’ve planned for WAM Theatre’s fifth anniversary year,” said van Ginhoven. “While our main production occurs in the fall and will again be unveiledat our summer benefit event, we are thrilled to be offering anexciting line-up of eventsfrom March through September that fulfills our mission to share the stories of women and girls.This includes the launch of Fresh Takes, a wonderful new series of play readings that will feature local

WAM Theatre’s fifth anniversary year begins in March with the Berkshire premiere of Motherhood Out Loud, a culturally and gender diverse series of monologues on the subject of motherhood, conceived by Susan R. Rose and Joan Steinand written by a host of celebrated writers. Motherhood Out Loud will be presented on March 28 and 29 at Berkshire Theatre Group’s Unicorn Theater in Stockbridge. Motherhood Out Loud is directed by Jayne Atkinson (CBS’s Criminal Minds and host of WAM’s 2013 Claiming Her Place benefit) and features Jane Kaczmarek (FOX’s Malcolm in the Middle), Michael Gill (Netflix’s House of Cards), and local guest artists. Produced by Jayne Atkinson and Susan R. Rose in collaboration with WAM Theatre, the production is a benefit for The Berkshire Festival of Women Writers and

In April, WAM Theatre has been invited to present a staged reading of Everywoman, a comedy about catastrophe, at the UAlbany Performing Arts Center in Albany, NY. Directed by Sara Katzoff, artistic director of the Berkshire Fringe, and written by Carolyn Yalkut, who teaches drama, film and literature at the University of Albany, the reading will be held on April 3.Everywomanis a poignant and light-hearted one-act play that debates global as well as personal catastrophe in women’s

From April through September, WAM Theatre will present Fresh Takes, a new series of play readings held in the gallery at No. Six Depot Roastery and Café in West Stockbridge on selected Sunday afternoons at 3 p.m .Fresh Takes,curated by WAM Theatre’s Artistic Associate Kelly Galvin, will give a stage to new and reimagined works that tell women's stories. Featuring local professional actors and directors, the readings will explore the work of provocative contemporary and classical voices. The series includes Blue Stockings by Jessica Swale (April 13); Measure for Measure by William Shakespeare (May 18);How the World Began by Catherine Trieschmann (June 22);Seven Homeless Mammoths Wander New England by Madeleine George (Aug.17); and Waxworks by Trina Davies (

In August, WAM Theatre will hold its Fifth Anniversary Celebration and Summer Benefit with Women Change Makers at the Mahaiwe Performing Arts Center in Great Barrington.Women Change Makers will feature a lively panel discussion with extraordinary women including playwrights, actors, and documentary filmmakers creating positive change through the arts. The benefit event will include the announcement and asneak preview of WAM Theatre’s fall production and the announcement of the beneficiary of that production. In keeping with WAM Theatre’s unique double philanthropic mission, a portion of the proceeds from the fallmain stage production will again be donated to an organization that benefits women

WAM Theatre continues to grow its Education Outreach after its successful launch last year. In 2014, WAM will partner with two other arts organizations, Heroic Productionz and ACT NOW!, to offer a unique yearlong collaborative theatre program with Girls, Inc. in Pittsfield. Each arts organization will use their individual areas of expertise to create inspiring educational programs throughout

Founded in 2006, the mission of Heroic Productionz is to lead children and their communities in learning about social justice, girls' coming-of-age, and environmental stewardship, using artistic media such as writing, visual and performing arts and filmmaking. The Heroic Girlz Educational Project has received numerous awards and

ACT NOW! is a non-profit organization whose mission is to help build character and self-esteem in adolescents through a program of cooperative, improvisational moviemaking called the MOVIExperience. The movies that result explore a wide array of topics including bullying, wellness, relationships, behavior,

Motherhood Out Loud is directed by Jayne Atkinson, stars Jane Kaczmarek, Michel Gill and local guest artists and is produced by Jayne Atkinson and Susan R. Rose. The production is presented in collaboration with WAM Theatre as a benefit for The Berkshire Festival of Women Writers and WAM

Motherhood Out Loud, conceived by Susan R. Rose and Joan Stein, is a culturally and gender diverse series of monologues on the subject of motherhood, written by a host of celebrated writers. Motherhood Out Loud traverses the experience of motherhood in all its wonderful glory from inception, birth, sexuality, growing up, letting go and the inevitable role reversal that occurs as we find ourselves parenting our parents. After successful productions all over the country, including an off-Broadway run, this will be the show’s Berkshire premiere.

Performances will be held on Friday, March 28 at 7 p.m. and Saturday, March 29 at 2 and 7 p.m., with a special after party and champagne reception at the conclusion of the 7 p.m. performance on March 29. Talkbacks will follow the Friday night and Saturday afternoon performances with WAM Theatre’s Artistic Director Kristen van Ginhoven and producer Susan R. Rose who will moderate a panel discussion with the cast and special

Tickets are $35 for the Friday night and Saturday matinee performances and $50 for the 7 p.m. performance and reception on Saturday, March 29, to benefit WAM Theatre and the Berkshire Festival of Women Writers. Tickets can be purchased by calling 1-800-838-3006 or athttp://motherhoodoutloud.brownpapertickets.

A staged reading of Everywoman, directed by Sara Katzoff, at the University at Albany, SUNY. The performance will be held on Thursday, April 3 at 7:30p.m. at UAlbany’s Performing

Time and space collide in WAM Theatre’s staged reading of Everywoman, Carolyn Yalkut’s one-act play that debates global as well as personal catastrophe in women’s lives everywhere. The classic quandary of being a woman is explored in this light-hearted, innovative and poignant tragicomedy that reaches

Everywoman is presented by the Performing Arts Center in conjunction with the Department of Theatre at UAlbany, SUNY. Support provided by the Office of Intercultural Student Engagement and Diversity Transformation Fund, administered through theOffice of Diversity

Curated by WAM Theatre’s Artistic Associate Kelly Galvin, Fresh Takes will give a stage to new and reimagined works that tell women's stories. Featuring local professional actors and directors, the series will explore the work of provocative contemporary and classical voices.

Set in 1896 at Girton, the first college in Britain to admit women, Blue Stockings is a moving, comical, and eye-opening story about four young women fighting for education and self-determination against the backdrop of women’s suffrage. This critically acclaimed play premiered at The Globe Theatre in London in 2013 and dramatizes the fight for education, equality, and access for women, issues that are prized by the WAM community.

Measure for Measure by William Shakespeare

Directed by Jenna Ware (Shakespeare & Company's It's a Wonderful Life)

With his city in turmoil, the Duke of Vienna hands power over to his deputy Angelo, who seeks to restore law and order. But when an aspiring nun, Isabella, comes to plead for the life of her condemned brother, Angelo gives in to his own unholy desires and exposes the political and moral corruption that pollutes the entire city. Shakespeare’s story of a woman’s struggle to preserve her identity in the face of exploitation and hypocrisy is given WAM’s own unique telling with an all-female company of actors and a streamlined adaptation.

How the World Began by Catherine Trieschmann

In this provocative, intelligent, and deeply felt play, a Manhattan woman travels to a rural town in Kansas recently devastated by a tornado to take a teaching job in a makeshift high school. But when she makes an off-handed remark regarding the origins of life, she unleashes community outrage and the particular distress of a troubled teenage boy. WAM invites audiences to consider their own beliefs and preconceptions in this intimate and artful play, which earned critical acclaim off-Broadway at The Women’s Project.

Dean Wreen is not having a good week. Her college is in dire financial straits and a plan to close its all-but-forgotten natural history museum is sending unexpected shock waves into the local community. At home, her ex-lover, Greer, is staying with her—sending shock waves of a different sort through her relationship with her current girlfriend, Andromeda. Town-gown relations are in tatters! The local newspaper is erupting in protest! Even the historically inaccurate dioramas in the museum have started mouthing off! WAM Theatre presents Madeleine George’s whimsical, funny, and poignant play, which was a finalist for the 2012 Susan Smith Blackburn Prize.

With France on the verge of revolution, a young Madame Tussaud (Marie Grosholz) is called from her post at Versailles back to Dr. Curtius’ Wax Salon in the heart of Paris. There she is introduced to the most influential people in Paris. But as the revolution descends, Marie is forced to confront the remains of those she has befriended – whose waxen images must be set with signs that identify them as ‘patriots’ or ‘enemies’.  An exploration of the tales we’re told and the heroes and villains we create, Waxworks tells the story of an extraordinary artist who developed the first worldwide entertainment brand. This WAM reading will be one of the first public readings of this not-yet published play.

There are only 25 tickets available per reading. Ticketsare $20, which includes a post-show discussion and the opportunity to meet the cast and director.Refreshments will be available for purchase at No. Six Depot Roastery and Café.Seewww.WAMTheatre.com for more information.

Women Change Makers will featurea lively panel discussion with extraordinary women who arecreating positive change through the arts. Panelists will include playwrights, actors and documentary filmmakers who use the arts to advocate on behalf of and improve the lives of women and girls. The panelists will share personal stories about challenges they have faced and strategies they have employed as artists and activists to overcome those challenges.

Advance ticketsare $35prior to August 1. Following that, tickets range from $50 to $125. The highest priced ticketalso includes admission to the post-show event and will include food, drink and a chance to meet the panel and other special guests. See www.WAMTheatre.com for more information.