New City Players A Raisin In The Sun' 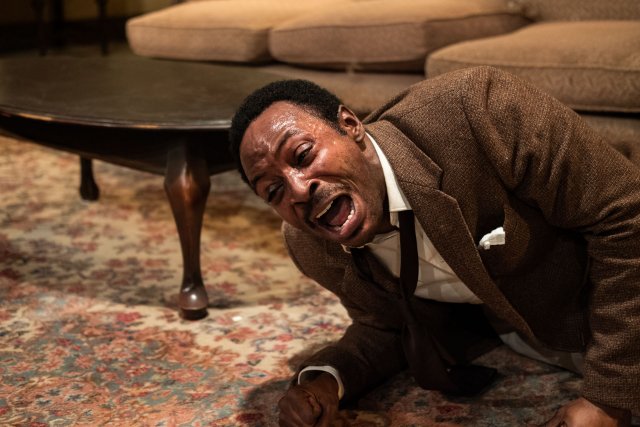 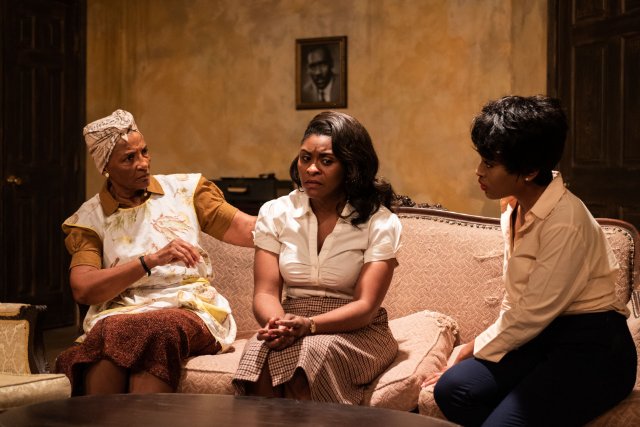 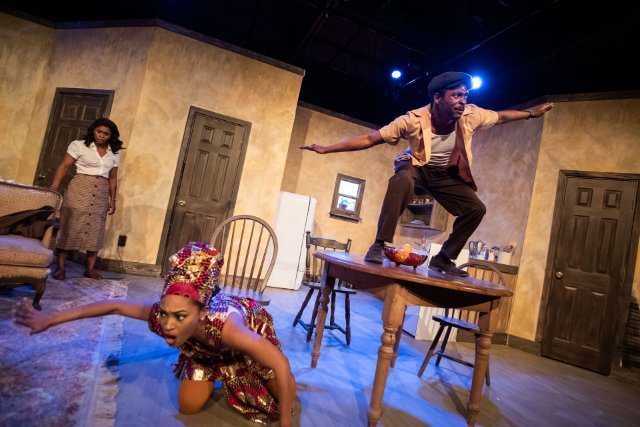 The prospect of directing A Raisin in the Sun thrilled Mary Elizabeth Gundlach but also frightened her.

After all, this was a mammoth assignment. Raisin is a “huge show to tackle. It’s just a monster of a show,” said Gundlach, who is directing Ft. Lauderdale-based New City Players’ current production, running through March 10.

Indeed, with many specific stage directions and a myriad of themes, or “big ideas,” such as coming into one’s manhood (and womanhood), systemic racism, family, the American Dream, identity, class and women’s rights, it can be difficult for a director to find a starting point.

Gundlach said that in her decade of directing for the stage, Raisin has presented the greatest challenge, with its many  “big ideas.”

Moreover, Gundlach conceded that as a white director staging a play populated with black characters and featuring black culture, she needed help. So, she turned to the actors.

And they proved that, like Stephen Sondheim simply and elegantly stated in Into the Woods, “No one is alone.”

For instance, Gundlach relied on actor Carolyn Johnson. She plays Younger family matriarch, Lena.  Johnson lived through the Civil Rights era. So, if Mary didn’t understand something pertaining to that time, the performer filled her in.

In addition, if she mispronounced a word familiar in the African American community, cast members corrected her.

And, as a whole, “they were great,” in doing so, the director added.

They are also great onstage, Gundlach said. Specifically, the family bond that they create is thoroughly believable and palpable, at least in the director’s opinion.

Meanwhile, Gundlach heaped praise on the designers and stage managers. In particular, she singled out the stage managers’ ability to keep track of Raisin’s more than 100 props.

Meanwhile, the designers followed one of Gundlach’s directions by making colors representative in the overall design scheme.

The costumes and set blend perfectly together in terms of color, the director said. Brown, amber, yellow and orange combine to symbolize a raisin shriveling up from the sun’s effects and then returning to earth.

Hansberry’s richly symbolic play, with its many “big ideas,” presented yet another challenge. So, when it came time for Gundlach to pen a director’s note for the program, she had to remain focused. However, that wasn’t an easy task, she said.

As a matter of fact, there were so many things she wished to write, she needed the entire program. Of course, she did not have that luxury. So, she chose to zero in on matriarch Lena’s volatile son, Walter Lee. Although he is an adult, his character arc features a sort of “coming of age” story.

“He finally come into his manhood today, didn’t he?” matriarch Lena tells her daughter-in-law, Ruth, toward the end.

Gundlach noted that during rehearsals, someone noted that Hansberry did not titled her play A Grape in the Sun.

In essence, Walter Lee, a Shakespearean-like character, is a raisin. He is like a dried-up grape, literally brought to his knees, and then the ground at one point during the play. Of course, the society in which he lives has figuratively reduced him to less than a man throughout his life. And that is true merely because he was born black.

“And yet, somehow he still survived and rose up and became a man,” Gundlach said. “It’s extraordinary, in my opinion.”

In her director’s note, Gundlach wrote, in part, “Much like a raisin left out in the sun, the abusive degeneration of a human being into a slave is a slow, merciless process.”

Walter Lee might be more than three generations removed from slavery in the United States. Still, he remains essentially a slave to society. He must work twice or three times as hard as others due to his skin color, Gundlach noted.

To be sure, Hansberry’s inspiration for her play’s title likely came from a Langston Hughes’ poem. “What happens to a dream deferred,” he asks in his poem, Harlem.  “Does it dry up like a raisin in the sun?”

Surely, more than one dream gets deferred in the play.

In it, the Younger family lives on the south side of Chicago during the early 1950’s. They are poor, unhappy and desire a better life. Each family member craves his or her share of the American Dream.

Meanwhile, Walter Lee, a rich man’s chauffeur, wants to open a liquor store. And Beneatha, Walter Lee’s wife, wants to become a doctor. But circumstances, and a tragic flaw within Walter Lee, conspire to defer, if not break, those dreams.

The actors have done “an incredible job” not only commanding the play’s deceptively simple language, which is poetic and symbolic, but also with the specific stage directions, Gundlach said.

While she credited the cast with doing great work, Gundlach also complimented dramaturge Jessica Schulte. She helped her by conducting research and attending table readings and discussions.

As for Gundlach, Davis praised her as a demanding director who sets “so many high expectations,” yet encourages the actors and is open to different viewpoints. In addition, Gundlach is “very collaborative.” Specifically, she allows actors to enlighten her.

“I knew Mary would be someone who is open to learning and navigating challenges,” Davis said.

And she didn’t have to do it alone.

Last season, New City Players, a professional non-profit, ensemble theater company, presented Clybourne Park. The play, which Bruce Norris wrote, is essentially a sequel to A Raisin in the Sun.

Davis said he hopes audience members who saw Clybourne Park last season will appreciate Raisin. After all, it is the inspiration for Norris’ play.

New City Players’ production of A Raisin in the Sun continues through March 10 at The Vanguard Sanctuary for the Arts, 1501 S. Andrews Ave. in Ft. Lauderdale.

Show times are at 8 p.m. Thursday through Saturday and 4 p.m. Sunday.

The show runs about two hours and 40 minutes, including a 15-minute intermission. Talkbacks with the cast and creative team will take place immediately after Sunday performances. For more information, visit www.newcityplayers.org.