Surrounded by Concerts and Films 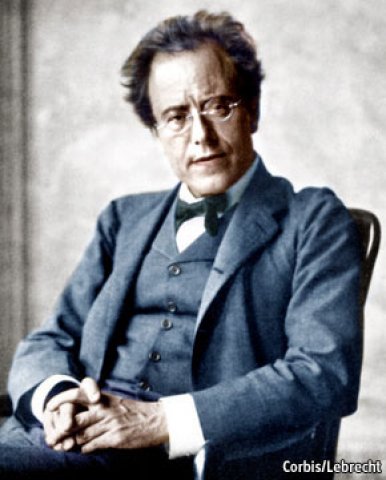 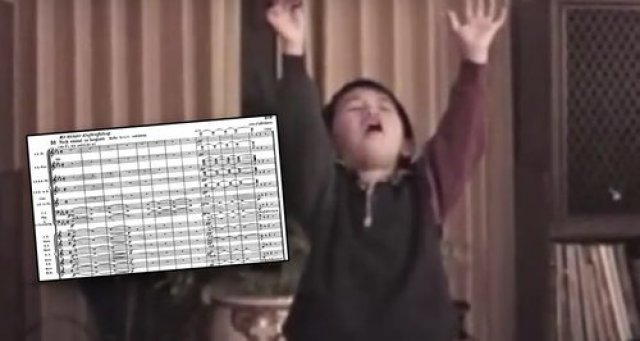 Mahler, for all his dark sophistication, had wonderfully child-like response to the world. This child respond to his Second Symphony by conducting.

Lincoln Center's Great Performers surrounded us with Gustav Mahler for five days.  In addition to a concert by Ivan Fischer conducting the Budapest Festival Orchestra, three films were offered.

Anatomy of a Genius traced Mahler’s ‘genius’ biographically.  Director Andy Sommer offered snippets of performances. A daring decision to suggest the composer by having a figure resembling him conducting worked well in a soft frame. Mahler is evoked but not hologrammed.

Another film gave us Symphony No. 8 in all its massive glory. The most interesting for me was Conducting Mahler by Frank Scheffer, who chose to focus on five different conductors working with orchestras in rehearsal of Mahler’s music.  Riccardo Muti sings and so does his Mahler music. Claudio Abbado is so deeply moved by the music that it is an effort for him to face it and then release the sounds. Yet he does, and the result is wrenchingly beautiful.  Riccardo Chailly seems to let the music unfold, to go with the composer to whatever strange places and vast extremes he takes us. Simon Rattle’s childhood entrancement with Mahler has had a lifelong impact.  As Rattle conducts, he is transported both to places the music takes us, and beyond.  Bernard Haitink, faced the composer’s devils without a blink, giving us objective splendor.

No one deserves detailed magnification more than Mahler.  He is a transition composer, who took the ideas of Beethoven, Wagner, Freud, and Alma Schindler among others and wove them into a new sonic universe for the 20th century.   It is hazarded that had Mahler lived a moment longer, he would have intuitively developed a twelve tone scale.  He edged closer to one with each dip of his pen.

Anyone who has studied the novels of Joseph Roth, and entered the worlds of Anton Bruckner, Sigmund Freud, Hugo Wolf, Gustav Klimt, Hugo von Hofmannsthal, Arnold Schoenberg, Oskar Kokoschka, and and Egon Schiele as the Austrian-Hungarian Empire staggered to its death, recognizes a period of massive transition.

Like our own period, the people living in the midst of these times know that they are experiencing seismic shifts, but find it difficult to specifically identify what is happening.  This is one aspect of Mahler's work that fascinates.  He was a man deeply in touch with himself, very modern in this sense.  That he would be able to translate into a sonic world those feelings, mixed with his response to the complicated, changing world around him, is remarkable.

Romanticism had a melancholic worldview, emphasizing emotions and the beauty of nature. Mahler personalized these responses to a deep degree.  This is perhaps because he was childlike in the best sense of that word.  He could respond quickly from the intuitive zone of the child who has not learned caution and fearfulness.  The death of a daughter and his wife Alma’s infidelity only spurred his composition. Anguish and yearning are not only the province of adults.

Like a child’s, Mahler's anguish was writ large.  Fischer in conducting Mahler, gives us almost inaudible whispers which make the big bangs even greater. Lincoln Center extended our sense and appreciation of the composer with these films.