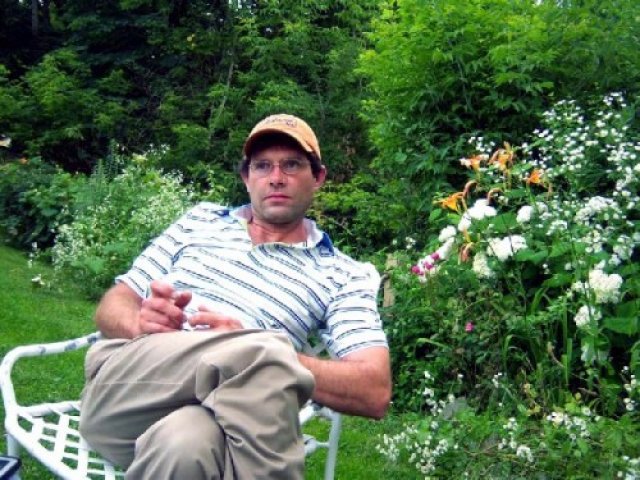 The artist Henry Klein in his garden. Astrid Hiemer photo. 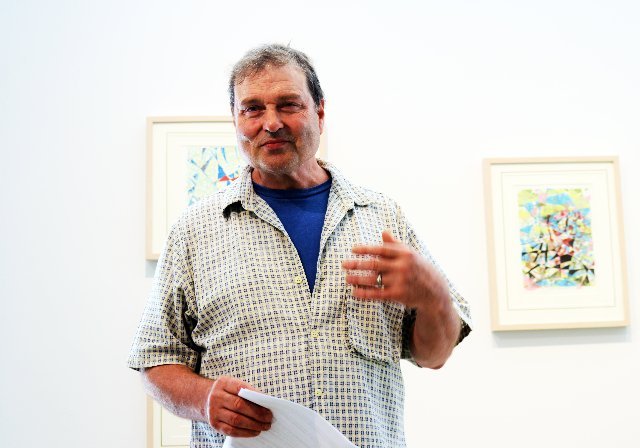 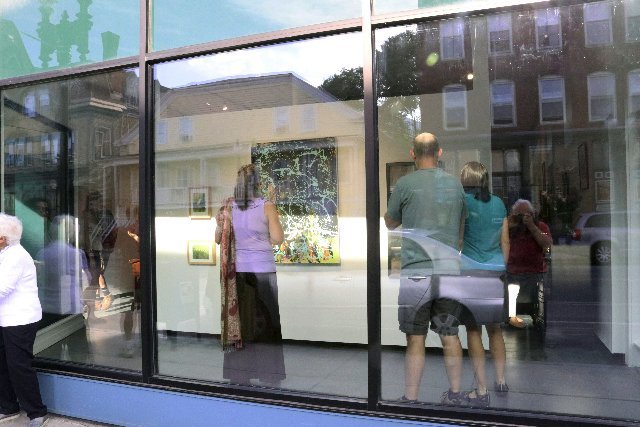 Window of the former furnitute store on Park Street 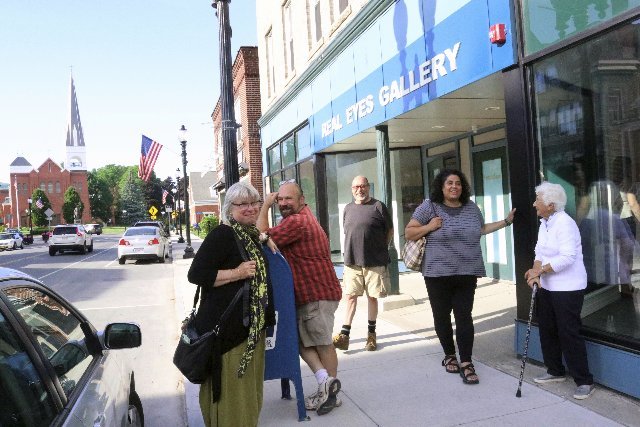 An opening spills onto the sidewalk. 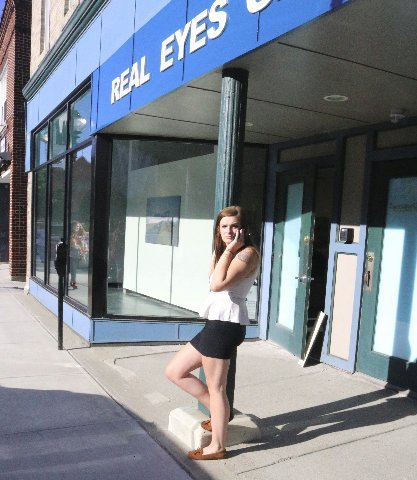 Taking a break from an exhibition. 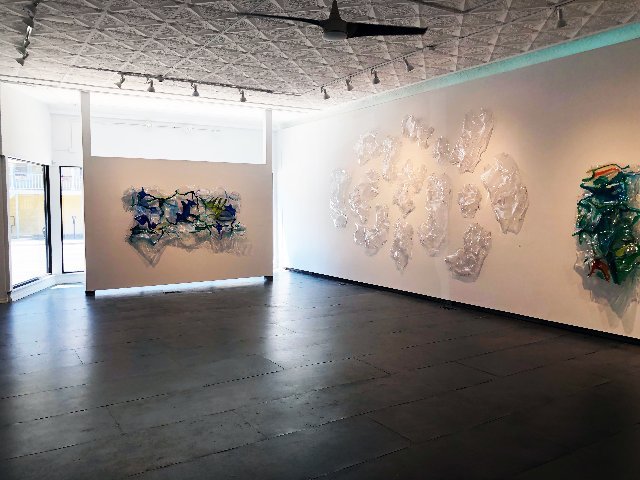 For the arts of Northern Berkshire County the outburst of March Madness will include the launch of the 2020 season of Real Eyes Gallery at 71 Park Street on the main drag of downtown Adams.

As a repeater in the schedule Henry Klein returns with Uber Waves: Other Location. The  vernissage will be held on March 7 from 4 to 7 PM. These are the latest works in a series the artist has pursued for the past seventeen years.

That’s a long time to be making waves and perhaps with this show the work has crested.

As gallerist Bill Riley observes” Some pieces are an homage to art historically important artists i.e. Fred Sandback, Dan Flavin, Jeff Koons. Some are pop culture ephemera and some are household objects. Predominantly working with commercially made material Henry transforms the concrete objects to imply a less solid state dissolved into the wave form.

“The ready-made materials reflect Duchamp’s sense of irony, humor and ambiguity: Duchamp said "...it was always the idea that came first, not the visual example.” Henry likewise mentions his interest in conceptually based art in his statement. Henry is currently inspired by two contemporary artists, the French street artist, John Hamon and post-conceptual artist Corey Archangel.

” I relate to Archangel, Klein observes, "because of the hacking aspect and Hamon because everything is a substrate for my piece. I like the grit or “artifacts.”

John Hamon in an interview said,“I impose something and I fully assume it. I would like to get out of this overflow of interpretation, to give back the control to the artist. When Duchamp explains that it is the viewer who makes the painting, he takes away the artist’s authorship, which I symbolically try to give back to him. By reducing the fields of interpretation, by leaving less freedom, we almost use advertising methods, but this makes it possible to reposition the artist as a questioner.

“A work necessarily speaks of an artist and his vision of the world. We may be used to looking at the works a little too much. As weare always indirectly derived from those who preceded us, I think that following the minimalists we have become accustomed to getting to the essence of the message, and that is why I represent myself as simply as possible.”

According to Riley, Henry also relates to Corey Archangel’s statement “I think about my work as paintings, because they refer to the history of painting. I also have to think about them as sculptures, because  every part of the process is part of the project. They’re sculptures because they play on the idea of what should be in a gallery. In that sense they’re also a kind of ready-mades.”

The April exhibition features Ricky Darell Barton’s Robot Paintings. They are colorful works with thin paint built up in iconographic figurations. The artist uses very direct techniques to apply pigment. It is at once playful and intuitive but also measured and sophisticated. The artist is relatively new to the area. Two years ago he relocated to Cheshire from Washington, D. C. where he worked for the Phillips Collection.

The curators Marc Vincenz and Sarah Sutro are planning separate series of readings.

The spacious gallery has become known for lively artist’s talks, poetry readings, and arts related lectures. The first will occur on March 14 at 5pm. Kathline Carr and Patricia Sheppard will read their poetry.