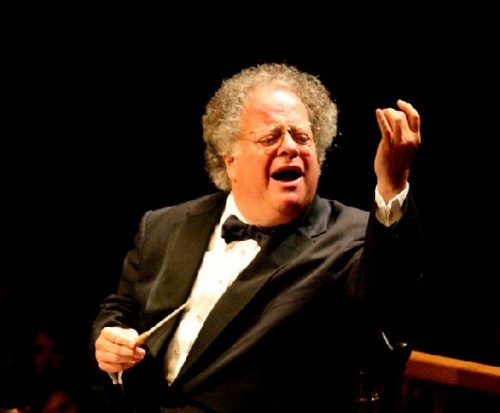 James Levine retur4ns to the Met to conduct Falstaff in December.

James Levine returns to the Met Podium to conduct Falstaff in December.

“We have chosen a wide sampling of the best of our new season for the opera lovers around the world to enjoy locally,” said Met General Manager Peter Gelb. “Our commitment to making opera accessible and affordable continues.”

About The Met: Live in HD

The Met: Live in HD, the world’s leading provider of alternative cinema content, is now shown in more than 1,900 theaters in 64 countries, making the Met the only arts institution with an ongoing global art series of this scale. The Met was the first arts company to experiment as an alternative content provider, beginning on a modest scale in 2006. Since then, its program has grown every season, with more than 12 million tickets sold to date.

Met opera stars serve as hosts for the HD series, conducting live interviews with cast, crew, and production teams, and introducing the popular behind-the-scenes features; altogether the worldwide HD audience is given an unprecedented look at what goes into the staging of an opera at one of the world’s great houses.

Tickets for the 10 transmissions in the 2013-14 Live in HD season will go on sale in August in the U.S. and Canada, with Met Members offered priority before tickets are made available to the general public. International ticket sales dates and details on ordering tickets for the 2013-14 Live in HD series vary from country to country and will be announced separately by individual distributors.

(with complete casting and production information)

William Kentridge’s dazzlingly innovative production of Shostakovich’s shocking, unconventional opera about a beleaguered Russian official and his runaway nose returns to the Met for the first time since its sold-out 2010 premiere. Pavel Smelkov conducts a cast led by Paulo Szot as the hapless Kovalyov, with Andrey Popov as the menacing Police Inspector and Alexander Lewis as Kovalyov’s peripatetic nose.

Verdi’s brilliant final masterpiece Falstaff has its first new Met production in nearly 50 years, conducted by James Levine and directed by Robert Carsen. Ambrogio Maestri sings the iconic basso buffo role of Sir John Falstaff, the boorish, blustery character originally seen in Shakespeare’s Henry IV and Merry Wives of Windsor. Angela Meade is Alice Ford, one of many objects of Falstaff’s affection, and Stephanie Blythe is the sharp-tongued Mistress Quickly in a cast that also includes Lisette Oropesa as Nannetta, Jennifer Johnson Cano as Meg Page, Paolo Fanale in his Met debut as Fenton, and Franco Vassallo as Ford. The International Herald Tribune praised Carsen’s staging, first seen at the Royal Opera, Covent Garden, as a “production of eye-catching ingenuity.”