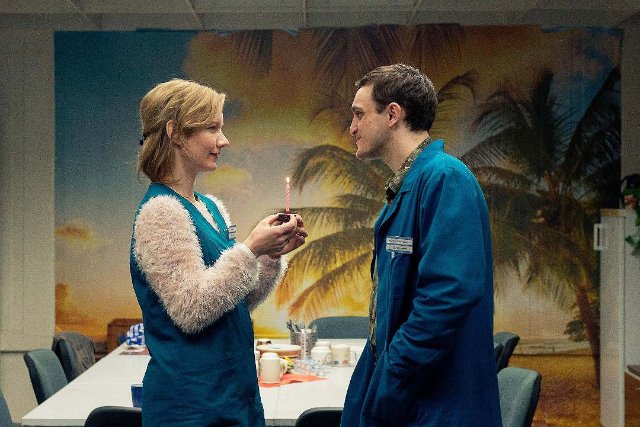 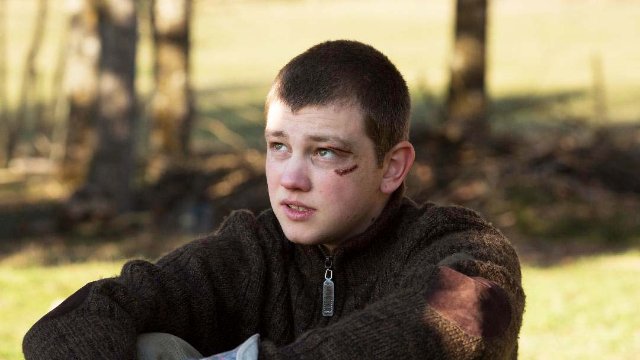 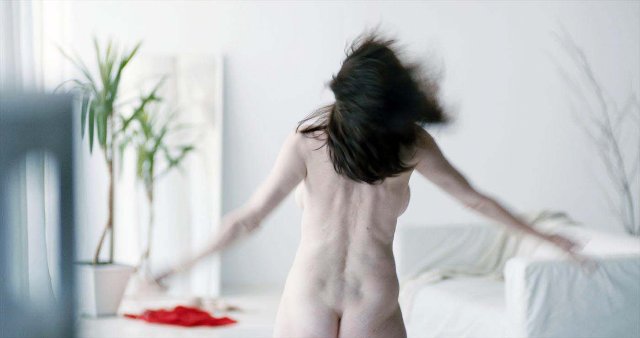 Anderson got the Silver Bear for best Director, chosen from 385 films shown at the Berlinale. Understood, the Bears are the trophies handed only to the 19 films of the prestigious series Competition. Yes, it was the only animated movie in the Competition and, yes, the film was shown at the opening gala on February 15th at the ‘Berlinale Palast’ as well and it reaped the highest honor for a director's work at the final gala on February 24th at the Palast also. What an honor! Bill Murray as the top dog, the 'Berliner Hund'  took the  coveted Silver Bear as representative of Anderson.  It was a genuine acceptance, especially since Murray's quip was so well received.

Not so well received, actually met with consternation, was the choice for the single Golden Bear, as the best movie altogether, given to the Romanian director/actress Adina Pintilie for her fiction/documentary Touch Me Not. She also received the prize for best first movie.

Preachy are both films, Anderson is hiding his ‘goody good shoe’ solution in a tongue-in-cheek happy ending of a dog family. Has he decided that human happiness has gone to the dogs? Can only dogs return to happy lives after dog fights on the garbage island are forgotten and where all dogs were quarantined according to Anderson's movie?

Pintilie, on the other hand, celebrates the necessities of therapy sessions for our societies.  For that she created an ice-cold and sexually explicit investigation into the essence of human intimacy.  Laura, her 50-ish year old protagonist, is followed by the camera as she learns to love her body and learns how to open up.  Why this embarrassing experiment received the Golden Bear, will remain the ‘therapeutic secret' of the international jury under its German president, film director and producer Tom Tykwer.

Other Silver Bears were much more acceptable.  Thus went Silver for best script to Mexico's Manuel Alcalá and Alonso Ruizpalacios for Museo, a wonderfully thrilling film on how two youthful ‘innocents’ are able to steal the most precious museum items from the Archeological Museum in Mexico City. Silver, for best actress, was received by Ana Brun, as Chela for the Parguayan Marcelo Martinessi's film Las Herederas (The Heiresses). It takes us along as Chela finally frees herself from middle class and middle age boredom by stepping out as a car-for-hire-agent. The movie also received the Alfred-Bauer Prize for a film showing new perspectives.

Chosen as best actor was Anthony Bajon in La Prière (The Prayer), a French movie by Cédric Kahn about a drug addict who finds a new life under the guidance of a Catholic priest within the community of other lost souls. Russia received a Silver Bear for set and costume design for Alexey German, Jr.'s  film Dovlatov (Milan Maric). Following the life of the Jewish-Russian writer Sergej Dovlatov, an impressive period work evolves about St. Petersburg (Leningrad) of the 1970's,  about an era of stagnation and its destructive effects on writers and intellectuals. Not clear is why the film got the Silver Bear for sets and costumes, luckily a label was found for this insightful movie.

Also, not understood was the exclusion of the German film Transit by Christian Petzold with the new darling of the German film scene, Franz Rogowski. Derived from Anna Segher's novel, the film focuses on the immigration tragedies in Marseille, developing when Hitler's army is about to take Paris hostage. Too bad as well, that another German movie In den Gaengen (In The Isles) by Rhomas Stuber, again with Franz Rogowski, did not receive any Bear approval.  It probably appealed to the taste and knowledge of too small a minority, focusing on the sorrows and unimportant lives of workers in a wholesale market.

The same fate, not being considered for any Bears, was met by David & Nathan Zellner's anti-Western Damsel. It pokes fun at so many cliches, but, unfortunately cannot decide whether it wants to be satire, slapstick or parody. Robert Pattinson as Samuel Alabaster, finds and looses the love of his life, Penelope (Mia Wasikowska), who will survive all her self-defined saviors, only to end up at the edge of an ocean, where her journey stops.

In general, the 68th Berlinale may be defined as a quest of women attempting to be heard and seen. Seven of twelve prizes went to women, an astounding conclusion, especially since most of the contributions were more on the quiet side and not on the ‘#me too’ loudness. Perhaps this is going to be the secret importance of this film festival that was shared by approximately 300.000 moviegoers, cold weather or not.  It was a quietly strong film festival that has come to an end. A little rumbling in the ranks could be heard about the endless number of series: Berlinale Special, Panorama, Forum, Forum Extended, Culinary Kino, Perspective German Movies and more. Next year will be the last one for the long-time Berlinale director Dieter Kosslick.  Is he sending a message and is he going to help streamline the festival? We will hear and see – next year.