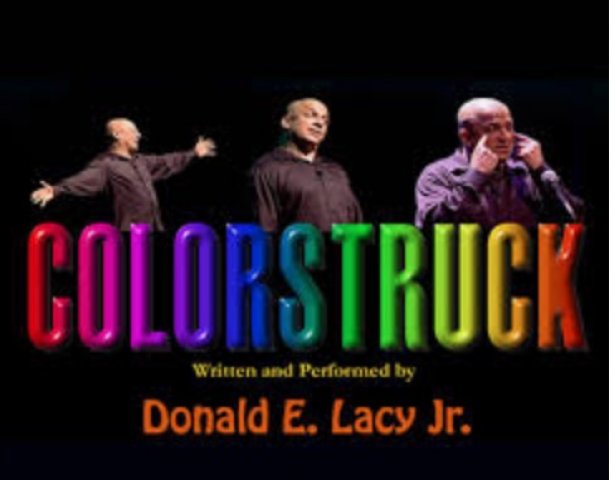 Colorstruck at Theater for the New City 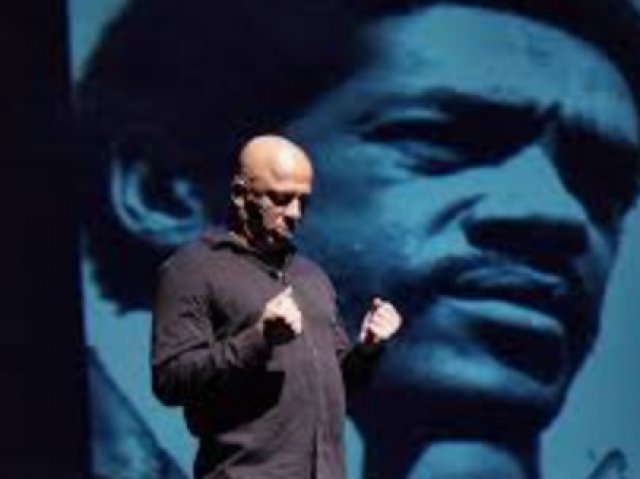 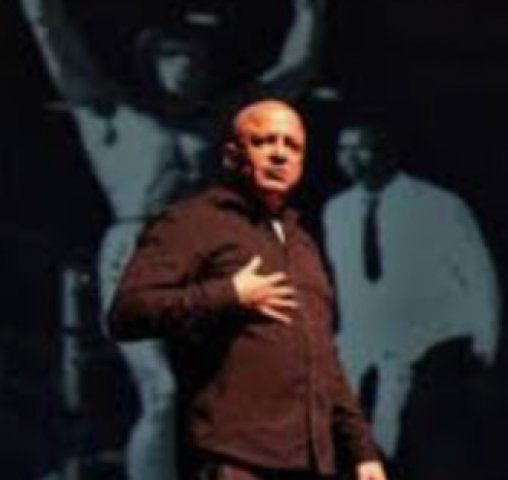 Donald A. Lacy, a wonderful actor, and a funny, moving story teller.

Theater for The New City


Colorstruck and its creators come to us from the San Francisco Bay area where they have been involved in radio, theater and film. They are also participants in community outreach in the arts.

Lacy has crafted a one man show which straddles a gap where tears laughter and anger resolve. On an empty stage, Lacy emerges from darkness, a black man in black clothing. He speaks for 75 minutes, lighting up our hearts and minds.

Effectively using screen images of the early Oakland Black Panthers, Lacy sets the scene. He questions what it means to be Black in America. With provocative tales of his own childhood in Oakland, he skillfully weaves laughter into moments of crisis and confrontation.

Black History Month is often a time when we stop to consider the unresolved issues of the racial divide that is a constant source of anguish in America. We can run a review of past injustices challenges and victories.

Yet Lacy's vision is not just about the past. It is surely not about blame or retaliation. Historical references are woven into our present reality. Lacy puts those images onto the screen and reflects on their relevance. Issues which continue to plague our social and political discourse, and pepper our history with pain, are the stuffing of Lacy's humor. There is no cynicism in his laughter.

He is both comedian and actor, both thinker and activist. He is able to maintain a buoyancy of intent that carries us through the performance. He makes us giggle at the stereotypes that others have, and those that we  maintain.  Lacy is a fine actor who is able to transform tragedy. This makes an evening which tackles very difficult subject matter a surprising pleasure.

The assumptions and labels of society are tossed around with the dexterity of a juggler. Bearded, can he be mistaken as an Islamist extremist or petty thief?

He is a healer, a man able make us laugh at ourselves and the inscrutable predicaments which we find ourselves. Without sugar-coating the violence and injustices from the slave trade itself to the police shootings of innocents in the 21st century, we are given space to mourn and to ask for answers. Without any preachy pomposity, he reminds us that what we do, we can undo and what we learn we can un-learn. We are in control of how we see ourselves and how we see others.

Lacy is no stranger to the vision of reconciliation and rebuilding. He founded the LoveLife Foundation to work with at risk youth in honor of his 16-year-old daughter, an innocent bystander who was killed in a gang related drive-by shooting. An admirer of Nelson Mandela and the concept of reconciliation, he gives us a remarkable dose of optimism and a powerful message of hope. We come away with a sense that change is possible.