The Night Alive by Conor McPherson 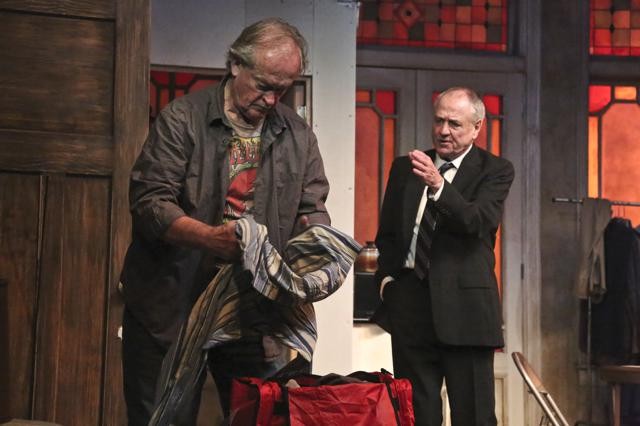 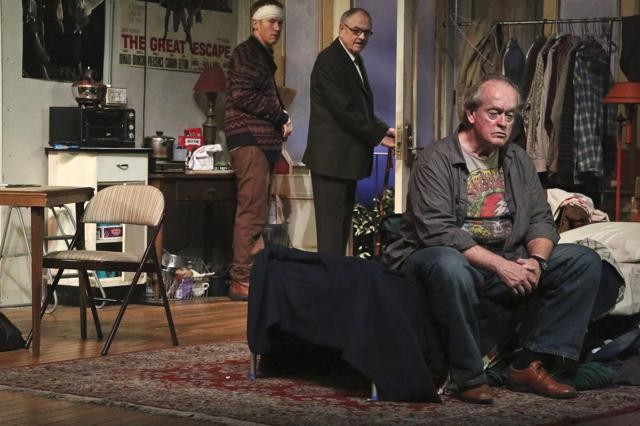 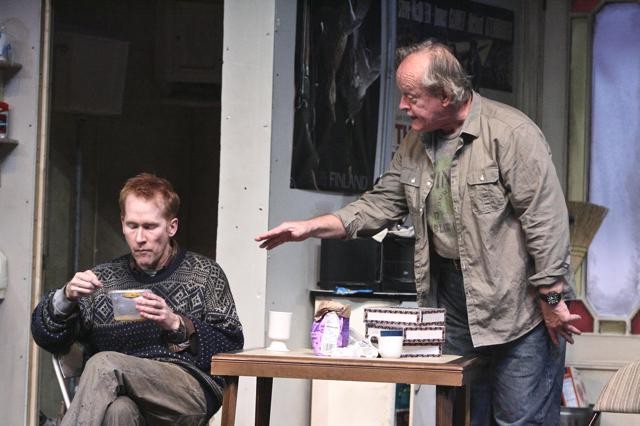 Their literary history is rich with the boldness of Joyce, the realism of Millington-Syngh, the biting comedy of Shaw, the poetry of Yeats, the daring of Wilde, the absurdist movement of Beckett, the comedy-whimsy of O’Casey, and the blood and gore style of McDonagh and I’m sure I have offended many by omitting their favorites.

Irish playwright Conor McPherson’s latest play “The Night Alive”, is having its West Coast Premiere at The Geffen Playhouse, directed by Randall Arney. McPherson is famed for infusing elements of the supernatural and its subject matter into his plays. In his award-winning 2008 play “The Seafarer”, a poker game becomes the allegorical battleground of a Faustian bargain between the protagonist and the devilishly clever antagonist.

McPherson’s “The Night Alive”, is a tale of what happens when the “biblical good Samaritan” (Tommy) takes on the seamier side of Dublin’s night people. In short, the play is set in a rundown Edwardian house in Dublin, where 50-ish Tommy (Paul Vincent O’Conner) is renting a room from his Uncle Maurice (Denis Arandt) who lives upstairs. Tommy’s buddy Doc (Dan Donohue) a slightly dimwitted younger man also sleeps in the room and helps Tommy doing odd jobs and hauling things around Dublin in Tommy’s old van.
None of the men are in any kind of relationship, and they all just sit around, living from day to day, discussing their dreams amid the squalor and mess that bachelors put up with. One night Tommy rescues a young prostitute Aimee (Fiona O’Shaughnessy) from a beating on the street. He brings her home to get her cleaned up and she ends up staying. Beware the aphorism ‘No good deed goes unrewarded’.
A tentative friendship develops between Tommy and Aimee, as well as with the other men over several weeks. Trouble wanders into the house one day in the form of Kenneth (Peter O’Meara), Aimee’s ex-boyfriend/pimp when he comes looking for her.

It’s hard to root for anyone in this house of losers. McPherson’s character-study of the unlucky and the marginalized tries hard to win our sympathy and understanding but instead of engaging me in the hoped for transformative moments concerning the characters and their plight, unfortunately, ennui won the day. Having said that, however, it’s not the fault of the talented actors caught in McPherson’s net of allegory. However, it does make the audience listen more carefully when the idiomatic Irish brogue of Dublin is spoken on stage. But, alas…
O’Conner, Donohue, O’Shaughnessy, Arndt, and O’Meara make a wonderful ensemble unit with each having their moment to shine as individuals. The creative team led by director Arney once again lets the talented Set Designer Takeshi Kata provide the messiest and seediest of a one set production. Costumes designed by David Kay Mickelsen are spot-on grungy and appropriate. Lighting Designer Daniel Ionazzi sets the mood with shadowy light and effective night scenes.

As my theatre companion mentioned as we left the theatre, “It’s an Irish David Mamet play; including all the f-bombs.” Indeed it is.
“The Night Alive” performs at the Geffen Playhouse and runs through March 15, 2015.