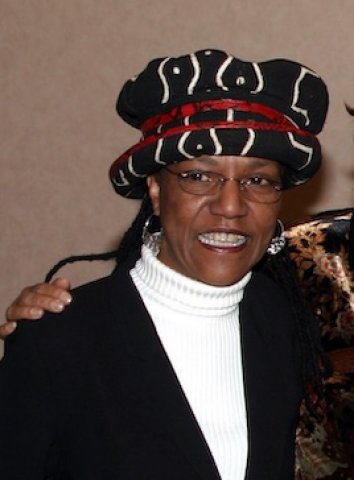 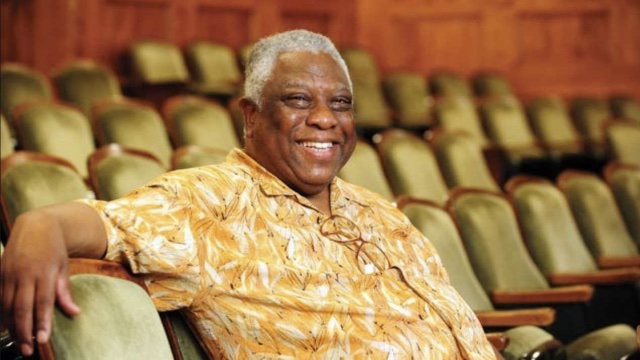 Patricia “Pat” White is a mainstay of the New Federal Theatre (NFT). For twenty-five years she has handled all the details of running the producing company. This allows founder Woodie King Jr. to read scripts until 2 o’clock in the morning.

While Pat proclaims herself a procrastinator, her background suggests deep consideration of available options for a scrappy company. This takes time. She brings to the table four years of work/study at the American Place Theater and assistance in Frank Silvera’s Writer’s Project, a launching pad for playwrights of color.

Pat is among other things a dramaturg. She stepped up when asked to direct a play of Shakespearean dimensions at NFT.  One member of the audience claimed it was the best show he had ever seen. She did not rise to this kind of occasion again.

The mission of NFT is to integrate artists of color and women into the mainstream of American Theatre, by training artists for the profession and by presenting plays by writers of color and women to integrated, multi-cultural audiences.  Plays evoke the truth through beautiful and artistic re-creations of ourselves. This mission absorbs Pat and helps her keep this 50-year-old black theatre going.

How has the black lives matter movement effected NFT?  More money has come in from different sources.  The Ford Foundation has made a substantial three year commitment.  Fan Fox,  Leslie R. Samuels Foundation and the Howard Gilman Foundation are welcome new contributors.

Woodie King has impeccable and advanced tastes. The original stage performances of major talents took place at NFT.  Morgan Freeman, Denzel Washington, and Samuel L. Jackson all started with NFT.  King is always paying back and looking forward. Another protégé, Chad Bozeman, was launched by NFT and a crucial member of its board before his untimely death last summer.

Keeping the NFT afloat has been difficult,  particularly because it is black theatre.  Yet it has served its core community with distinction for fifty years.

New attention to blacks in the arts often looks to new talent to fulfill its inclusionary mission. Too often people who have worked for decades get overlooked. Certainly at this time in black history in America, NFT deserves substantial community support and recognition abroad.

Let’s hope that current arts administrators learn to look at past producers with hot new shows and talents as well as those now entering the scene.

Someone like Pat White, the backbone of NFT, can make this possible with her rich theatrical background.