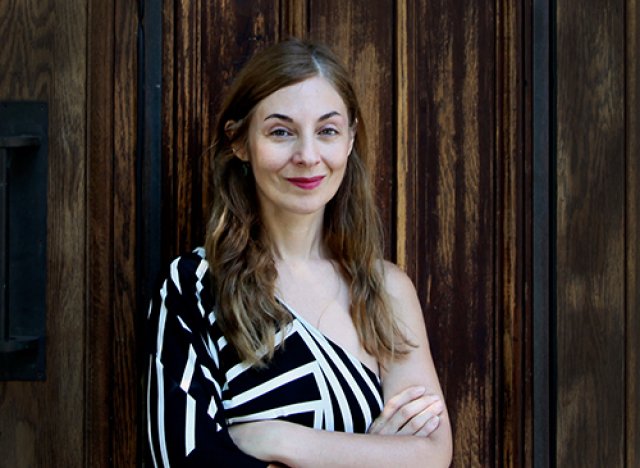 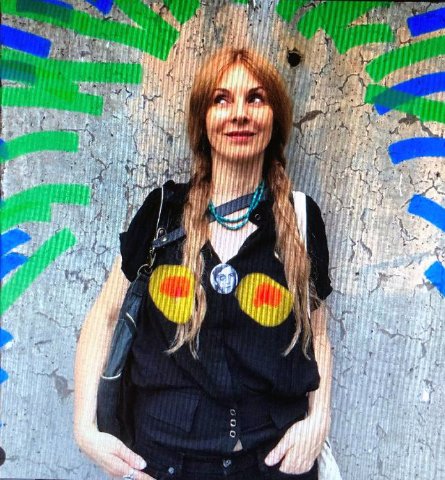 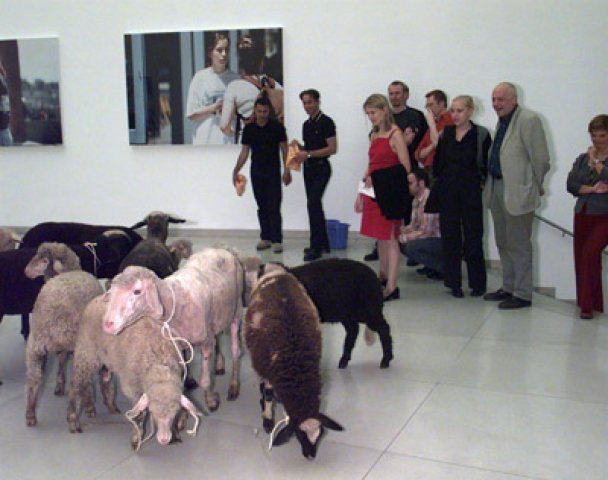 Herding sheep at a museum. 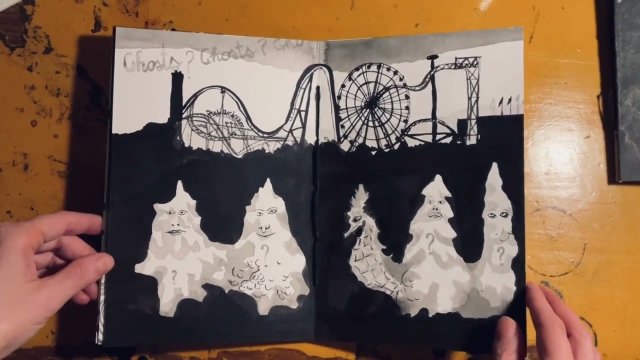 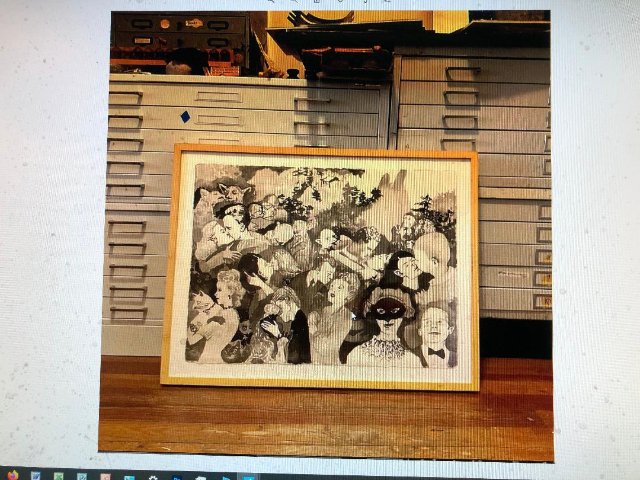 Showing relative scale of the work. 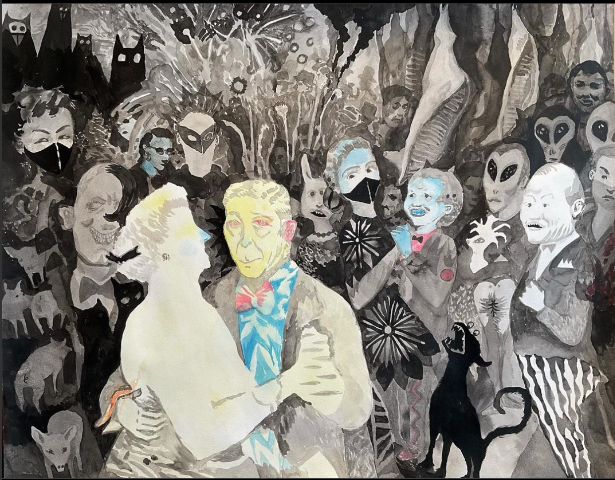 Social commentary in the drawings. 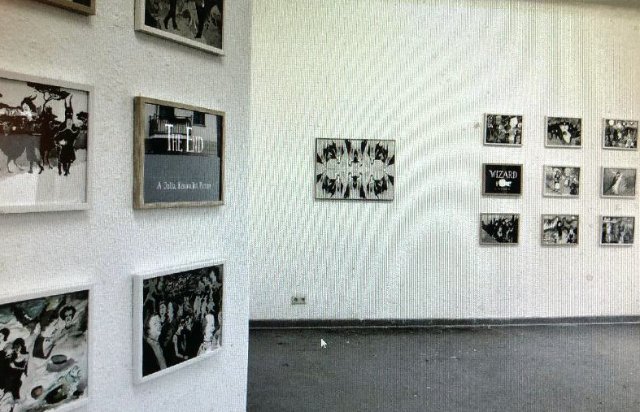 When Bill Wadsworth, poet, artist, administrator, and Columbia University professor finally moved into our North Adams artist/ loft building, after many delays, we have engaged in a rolling thunder dialogue.

The ensuing moveable feast of lunches have entailed deep dives into a range of aesthetic topics. They are ‘pond walks’ inspired by the Lake Poets who he quotes with fluency.

When we contacted about getting together today there was a blast of agita. The usual impediments: Family, women, friends, dogs, legacy, as well as the quotidian of just sorting out stuff.

Another part of the conversation was the visceral impact of the unprovoked attack of Putin on the people of Ukraine. Rattling a nuclear arsenal has shaken the world to its core.

Evoking the post war era, the fear of nuclear war is as palpable as Dr. Strangelove. My generation came to live with and pretty much not worry about the bomb. Most people in the USA, for example, weren’t around for the chicken test of the Cuban Missile Crisis. We came oh so close.

Here we are again with a deranged Putin cast as a not so cinematic Dr. Strangelove. The Mad Russian models himself after Peter the Great,  Ivan the Terrible, and Stalin. In his quest for Empire Putin is more cinéma vérité than film noir. He just may be that crazy and vengeful particularly as the people resist and the West imposes sanctions. Anything is possible.

Students, workers, and all aspects of the social spectrum have taken up arms and Molotov cocktails. They are in the streets facing tanks and soldiers. Young and old are dying as Putin targets civilians and non military targets. Both sides are taking ever mounting casualties resulting from wilful war crimes and attacks focused on civilians.

The images of combat evoke the French Revolutions and Liberty at the Barricades by Delacroix or the musical Les Miz. I conjure the bastard and idealist Pierre visiting the battle to see for himself in War and Peace or the school boys in All Quiet on the Western Front. The film Apocalypse Now continues to haunt me as a metaphor for the absurdity of war. In the cave Kurtz talked about the pile of little arms. That image, for me, summarized Vietnam.

Our dark conversation spun off into Bill sending images by a Ukrainian writer and artist, Julia Kissina. The intent was to share information and images by the artist. He wanted to know what I thought of the work.

My response was to post the material which has generated interest, response, and questions. Many ask where they might see the work and a curator would like to show it.

Bill sent me the note below. Again, I am opting to be a facilitator and pass this along, more or less without comment. It’s an emotional and obfuscating time with little or no clarity.  Indeed there are many ways and levels to engage and this is the beginning of an ongoing critical process.

Scroll down and you will see a Wikipedia post that reveals her many and intriguing exhibitions and publications. Clearly, she is an established and well known artist just not to me and our readers.

There is a very engaging article about the work in Tussel an on line magazine by Jonathan Goodman. We post some excerpts. The entire text is found at this link.

Hopefully, this coverage will broaden exposure to an American audience. By focusing attention on this single artist we aspire to broaden the scope to all artists caught in the crossfire of multicultural crisis.

There are news reports of cancel culture efforts to cut ties with artists loyal to the regime and in support of an unconscionable war. That broad brush, however, has tarred all artists. The simplistic approach is to see contemporary Russian arts as agit-prop. All superpowers and nations at war weaponize the arts. That also shuts down poetry and dissident voices endemic to ancient and venerable traditions.

Is it a blow for freedom and democracy to deprogram a Russian production of Swan Lake? On the other hand, we saw too vividly at the Olympics how adolescent, female, figure skaters were manipulated and horrifically abused as fragile, brilliant, talented faces of Mother Russia.

There is deep history and tradition entwining the arts and culture of Ukraine and Russia. We must not allow a monster to distort and destroy the greatest intent of the arts. In times of deepest despair it is a force for hope and unification. Friend or foe we are all part of the human condition.

-- 2 photos that will give a sense of the size of some of her works.

-- A photo of Julia herself.

-- A marvelous video of her showing a book of her work, with attendant sound effects.

-- A good piece on her work that appeared recently in an American contemporary arts journal.

Share these or post them as you wish.  The more fans of her work over here, the better!

Julia Kissina: A Trenchant Hand and a Skeptical Eye

Julia Kissina was born in the Ukraine and studied dramatic writing in Moscow. She then moved to Germany, where she took a degree from the
Academy of Fine Arts in Munich. One of her more innovative projects was to bring a herd of sheep inside the Museum of Modern Art in Frankfurt.
She has performed in a German prison and published two novels with Suhrkamp, a leading German publisher.

Most recently, she has been dividing her time in New York and Berlin, working on a group of ink drawings that develop her interest in the undercurrents of eroticism and even violence in supposedly polite society: people, half-human creatures, and strange animals populate cocktail parties whose participants are partly taken from vintage film noir and partly derived from Kissina’s unusual, telling ability to describe the inherent complexities of contemporary social life.

Social mores are currently in a crisis; identity in art has taken on an importance very few people would have imagined even a generation ago.
Kissina, in her art, knows the human predicament–the gap between our public self and our prejudicial desire–very well. The artist’s ongoing
question, “How can this gap be described?”, is central to Kissina’s skepticism regarding social posing, part of cultivated life for a long time now…

Kissina seems confident that the culture she addresses, which might range in time from as early as the 1940s to the present, consists of black-tie associates who, beneath the stringent social rules they necessarily follow, are prey to human wishes and desires that are biological and impolite. Thus, her cocktail party themes serve not only as a view of privileged mingling, but they also account for the human condition driving us all into situations of discomfort, disrepute, and dismay. It is nothing less than humanity she wishes to portray–humanity with all its warts. Yet Kissina’s buoyant energies also suggest that these tasks of climbing have a humanity and even a comic energy that is intriguing if not entirely attractive…

The drawings themselves are mostly crowded scenarios of figures, not always entirely human, mingling together at what might be a high-level art
opening or a toast for the preview of a big movie…

Julia Kissina was born in 1966 in Kyiv, Ukraine, to a Jewish family, and studied dramatic writing at the Gerasimov Institute of Cinematography in Moscow, also known as VGIK. A political refugee, she immigrated to Germany in 1990, where she later graduated from the Academy of Fine Arts in Munich.

A longtime member of the Moscow Conceptualist movement and one of the best known authors of Russian literary avant-garde, Kissina had been a regular contributor to the two of Russia's Samizdat literature journals, "Obscuri Viri" and "Mitin Journal". Her début short novel "Of the Dove's Flight Over the Mud of Phobia" (1992), became a cult hit of "Samizdat". Kissina's poetry and prose subsequently appeared in numerous journals and anthologies, including the much-translated anthology of modern Russian literature, "Russian Flowers of Evil" (1997). Her first collection of stories in German "Vergiss Tarantino" (tr: Forget Tarantino) was published in 2005, the same year as her children’s book "Milin und der Zauberstift" (tr: Milin and the Magic Pencil). Her style, characterized by whimsical humor, precise observations of social conflicts and a distinct sense of the absurd, can be described as auto-fictional fabulism. An essential theme of her work is "civilization and its discontents". Despite intertextual experiments with words and subjects, her books are intricately plotted. Her novel "Frühling auf dem Mond" (2013, tr: Springtime on the Moon) draws from her childhood in the 1970s Kyiv, exploring the tragic dynamic between surreal perception and bureaucratic despotism. Written in a similar style, her novel "Elephantinas Moskauer Jahre" (2016, tr: Elephantina’s Moscow Years) is a coming-of-age story about a young woman who moves to Moscow to explore the depths of the artistic underground in search of true poetry.

Julia Kissina is also known as a visual artist, having devoted herself to conceptual photography in the 1990s. In 2000, she herded an actual flock of sheep into the Museum of Modern Art in Frankfurt as part of a performance. She also co-curated the Art & Crime Festival at the Hebbel Theater, Berlin, in 2003 and performed in a German prison. In 2006 she created The Dead Artist's Society, which held séances to conduct "Dialogues with Classics" such as Duchamp and Malevich.

Link to the first Berkshire Fine Arts article on Kissina.

We were unable to link the video to this article.