Soundings: New Music at the Clark

in collaboration with the Nasher Sculpture Center, Dallas 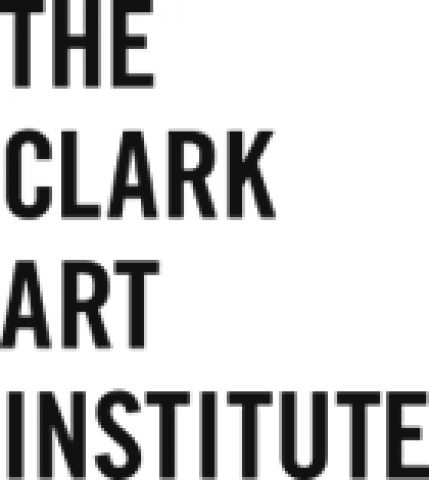 The Clark Art Institute debuts Soundings: New Music at the Clark, a concert series presented in collaboration with the Nasher Sculpture Center, Dallas. On Saturday, March 19 at 3 pm, Soundings: Some Favored Nook, the first concert of the series, takes place in the Clark’s Michael Conforti Pavilion. A virtual preview event will be held on Tuesday, March 8 at 7 pm, via Zoom. These programs are free but advance registration is required and capacity is limited. Visit clarkart.edu/events for more information.

The critically acclaimed Soundings music series originated at the Nasher Sculpture Center in 2009 and features groundbreaking performances created under the artistic direction of Seth Knopp, a founding member of the Peabody Trio and artistic director of Yellow Barn, an international center for chamber music based in Putney, Vermont. Treating music lovers to brilliant concerts by some of today’s most inspiring musicians, Soundings has been hailed as the “most rewarding music in North Texas” by D Magazine and described as “rapt and soulful…beautifully performed” by the New York Times. In a special preview of the first season of Soundings: New Music at the Clark, Knopp joins Olivier Meslay, Hardymon Director of the Clark, and Jeremy Strick, director of the Nasher Sculpture Center, to mark the launch of the joint programming between the two institutions.

Soundings: Some Favored Nook
March 19, 2022
The inaugural concert features two works focused on Walt Whitman’s poetry: Kurt Weill’s Four Walt Whitman Songs and George Crumb’s Apparition. A third work, composer Eric Nathan’s song cycle, Some Favored Nook, provides a further look at the Civil War era through correspondence between poet Emily Dickinson and Thomas Wentworth Higginson, commanding officer of the first Black regiment in the Civil War. Their exchanges are placed in the context of their times and the struggles of that early chapter in American history—civil rights, women’s rights, and the effects of war—themes still relevant in our time, as are those of the reflections on love and death that fill Dickinson’s poetry.

Performers include soprano Tony Arnold, internationally acclaimed as a leading proponent of contemporary music in concert and recording, having premiered hundreds of works by established and emerging composers. Her unique blend of vocal virtuosity and communicative warmth, combined with wide-ranging skills in education and leadership were recognized with the 2015 Brandeis Creative Arts Award. Arnold is the soprano of the International Contemporary Ensemble and enjoys regular guest appearances with leading ensembles and presenters such as the JACK Quartet, Orion String Quartet, Ensemble Modern, Talea Ensemble, Chicago Symphony Orchestra Music Now, Los Angeles Philharmonic Green Umbrella, the Chamber Music Society of Lincoln Center, the Santa Fe Chamber Music Festival, and the Library of Congress. With more than thirty discs to her credit, she has recorded a broad segment of the modern vocal repertory with esteemed chamber music colleagues. The growing repertoire of vocal chamber music now includes major works written for her voice by Georges Aperghis, George Crumb, Brett Dean, Jason Eckardt, and John Zorn, amongst others. Arnold is the first-prize laureate of both the 2001 Gaudeamus International Competition and the 2001 Louise D. McMahon Competition. She serves on the faculty of the Tanglewood Music Center, as well as the Peabody Institute of Johns Hopkins University, Baltimore.

William Sharp, baritone, has appeared with most major American symphony orchestras including those of New York, Chicago, Washington, Boston, Baltimore, San Francisco, and Los Angeles, and most recently with the New York Philharmonic, St. Louis Symphony, San Francisco Symphony, National Symphony, and the St. Paul Chamber Orchestra. Sharp has been a member of the Yellow Barn festival since 2008 and has also participated in Lincoln Center’s Mostly Mozart Festival, the Aspen Music Festival, the Colorado Music Festival, and the Marlboro Music Festival. Since 1977 he has taught voice at the university level, and in 2002 joined the faculty of the Peabody Institute. He is a frequent faculty artist of the American Bach Soloists Festival and Academy in San Francisco. His extensive work in the performance of baroque and pre-baroque music also includes numerous appearances with the Bach Aria Group, the Handel and Haydn Society, and the Maryland Handel Festival. Sharp has given world premiere performances and made premiere recordings of works by Leonard Bernstein, John Harbison, John Musto, Jon Deak, Libby Larson, David Del Tredici, Lori Laitman, Steven Paulus, Scott Wheeler, and David Liptak, among others. His 1990 world premiere recording of Leonard Bernstein’s last major work, Arias and Barcarolles, won a Grammy Award, and he was nominated for another in 1989 for his recording featuring the works of American composers Virgil Thomson, John Musto, and Lee Hoiby. Most recently, he made the premiere recording of Jörg Widmann’s song cycle Das heiße Herz with pianist Knopp in collaboration with the composer.

Seth Knopp, piano, is a founding member of the award-winning Peabody Trio (1989 Naumburg Award) and the Peabody Institute’s Ensemble-in-Residence from 1987–2017. After making its Alice Tully Hall debut in 1990, the trio performed on the most important chamber music series, nationally and internationally. The trio’s reputation as champions of new music allowed them the opportunity to commission and perform the music of many of today’s most inspired musical voices.

Over his two decades as artistic director of Yellow Barn, Knopp has built an international center for chamber music, bringing musicians and audiences to Putney, Vermont for its festivals each summer. Yellow Barn’s holistic philosophy and programming that focuses listeners in new ways has become an important influence in the music world. In 2008, he created Yellow Barn’s Artist Residencies, the first residency program for performing musicians in the United States.

Since 2010 Knopp has been the artistic director of Soundings: New Music at the Nasher, a critically acclaimed series of concerts at the Nasher Sculpture Center, drawing on the relationship between musical traditions and innovation, and the unique lens through which music helps us better understand our world. This concert marks the beginning of a long-awaited Soundings series collaboration between the Nasher and the Clark.

ABOUT THE NASHER SCULPTURE CENTER
Open since 2003 and located in the heart of the Dallas Arts District, the Nasher Sculpture Center is home to one of the finest collections of modern and contemporary sculptures in the world, the Raymond and Patsy Nasher Collection, featuring more than 300 masterpieces by Calder, de Kooning, di Suvero, Giacometti, Hepworth, Kelly, Matisse, Miró, Moore, Picasso, Rodin, Serra and more. The longtime dream of the late Raymond and Patsy Nasher, the museum was designed by world-renowned architect Renzo Piano in collaboration with landscape architect Peter Walker.

The Nasher Sculpture Center presents rotating exhibitions of works from the Nasher family collection as well as special exhibitions drawn from other museums and private collections. For more information, visit nashersculpturecenter.org.