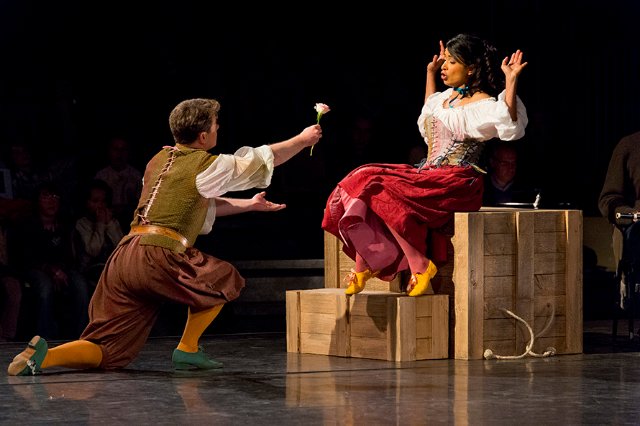 Les Arts Florissant at the Brooklyn Academy of Music 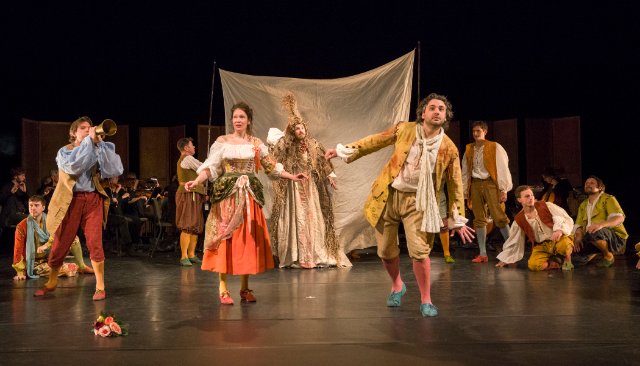 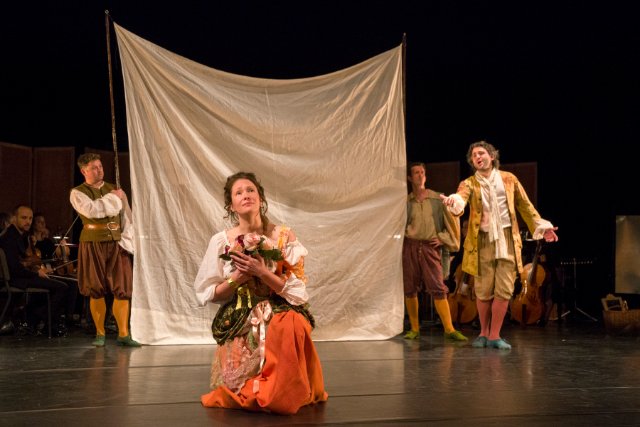 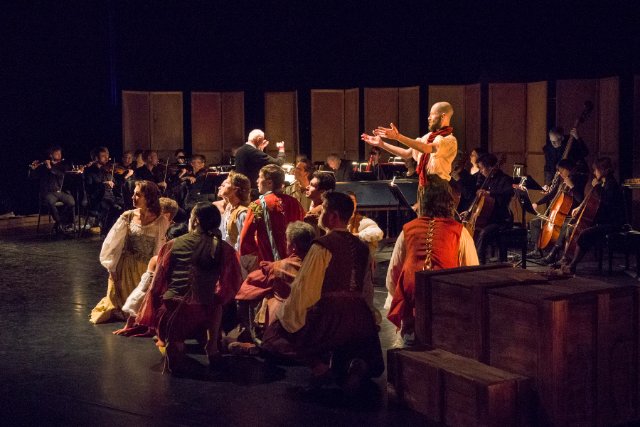 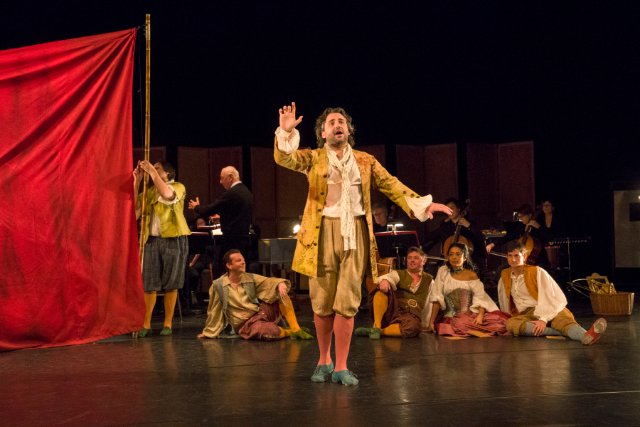 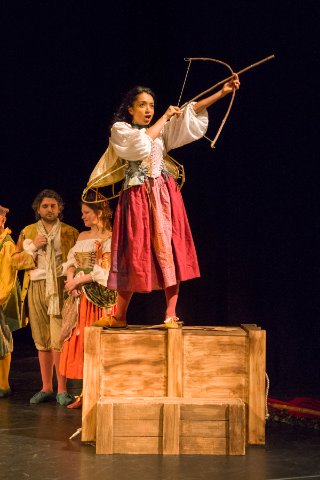 William Christie and his Arts Florissant created two dance/opera entertainments by Jean-Philippe Rameau at the Brooklyn Academy of Music.  As usual, this group sells out in New York and it is easy to see why.  Christie conducts with poise and precision.  He enlists a first rate ensemble of musicians to perform period music. To this is added stylized dance and gorgeous operatic voices. In the second one act dance/opera, La Naissance d'Osiris, we saw and heard a divertissement of dances, the gavotte, sarabande and minuet among them. Rameau's use of the tambourin was novel.

From the start, we see arched gesture, which is sometimes frozen, and sometimes freezes at its conclusion.  Stage direction (Sophie Daneman, a superb singer in her own right) and choreography (the late Francoise Denieau restaged by Gilles Poirier) are as one.

Entering the Howard Gilman Opera house at BAM, the stage appears to be at about a third its height.  Framed in a velvety black, the orchestra sits in the rear, backed by golden folding screens.  It is in miniature, like the works about to be performed.  Christie draws forth exquisite  performances in these pastoral hybrids originally presented at Fountainebleau.  The frame of the orchestra is effective but deceptive.  As the front of the stage is lit, we see that the frame is a black back drop.

Crude wooden boxes are dragged out to hide behind and hide costumes and also serve as sofas for the shepherds who watch the performance and dance.  It is unlikely that the temple of friendship (created by two poles with silks hung between them) which Daphnis (the magnificent Reinaud Van Mechelen) and Eglé  (Elodie Fonnard) attempted to enter the temple of friendship probably was not used when the dance/opera first performed before Louis XV. Yet the gesture of a temple was a charming as the gestures in dance. The texture of thunder roaring is offered by a long, waving silver sheet of metal.

Amour (Magali Leger) arrives to explain why the couple can't get into the temple.  They are not in 'like' like friends.  They are in 'love'.  And voilà, they are admitted into Love's Temple. The shepherds were astonished to find friendship replaced by love. The composer's resourceful use of the bassoon was welcome.

The pieces were originally performed in successive years, but this production pairing them suggests that the outcome of love was Osiris in the second work, which celebrated the birth of the Duke of Burgundy.

Rameau wrote many formal operas.  He was celebrated by the philosophers of the enlightenment for the orderliness he brought to the understanding of music, and particularly its foundationally harmonic structure. His basse fundamental theory was widely adopted. Diderot was his nephew.

In this production by Les Arts Florissants pleasure is provided by a mise en scene taken from the pastoral paintings of Jean-Antoine Watteau.  The draw of the singers, the costumes and the stylized dance is enhanced with each note sung and each step of the dancers.  Louis XV and his court must have been delighted by the original production.  The audience was at BAM.