The Modern Thread from Miro to Man Ray 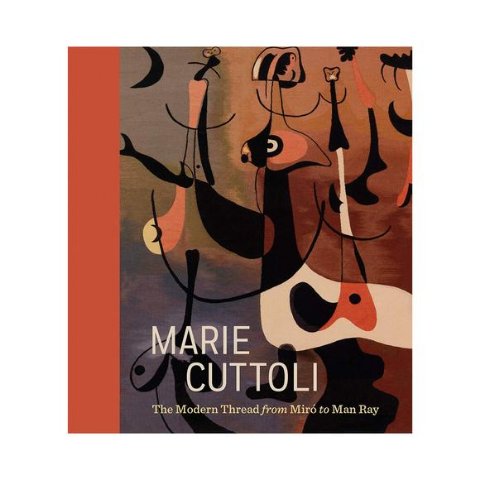 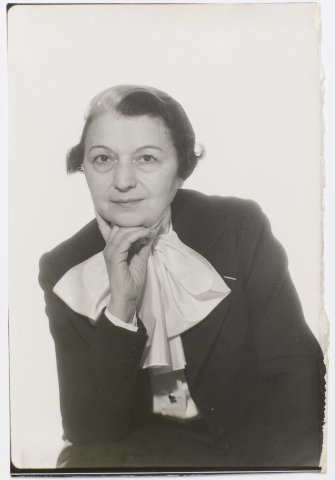 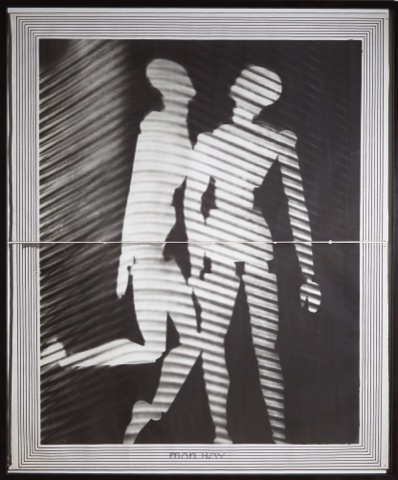 Man Ray cartoon for a tapestry 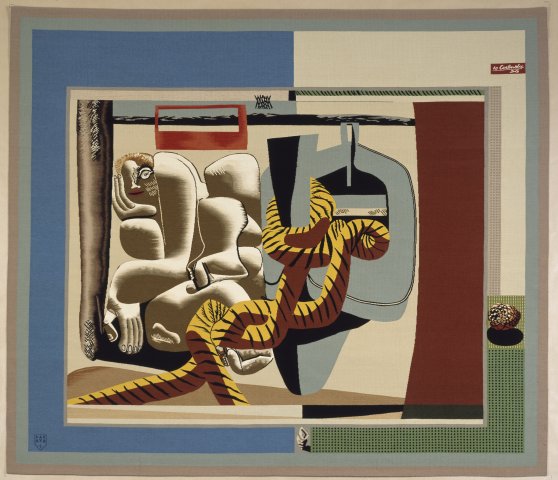 Le Corbusier cartoon made for Cuttoli 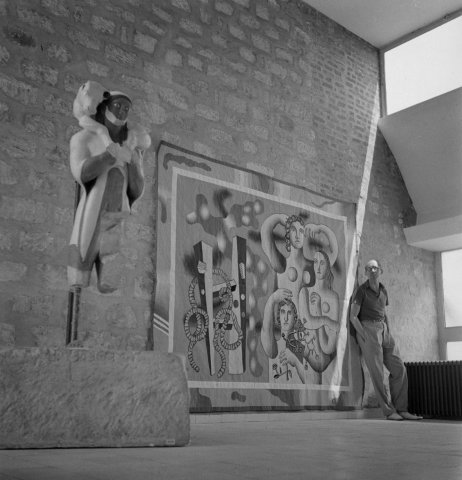 Le Corbusier in his studio 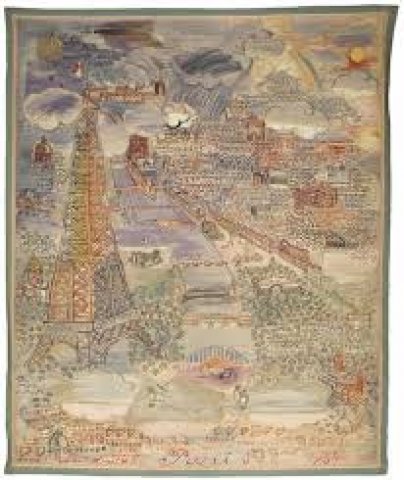 A new exhibit at the Barnes Foundation in Philadelphia features the collection of Marie Cuttoli, an entrepreneur who convinced many of the artists of her time to create designs for her the workshops, first in her own design studio in Paris, Gallerie Myrbor. Like Barnes, she began by showing paintings by Picasso, Georges Braque, Max Ernst and Amedee Ozenfant alongside haute couture dresses and textiles. She enjoyed revealing the connection between decorative and fine art.

During the depression, Cuttoli looked to the tapestry weavers of of Aubusson, France.  Manufactured near her birth home, the tapestry works may well have begun in family workshops as early as the 16th century.  During the 17th and 18th centuries, they competed with the best.  She commissioned Jean Lurcat and Georges Rouault to design textiles.  Rouault was a natural because he designed stained glass windows.

Drawings by artists like Picasso, Miro, Leger and Man Ray were called cartoons and sat on the laps of weavers under the loom as new tapestries were created.

The Barnes features one of the world’s most important collections of impressionist art.  The minute you step into its galleries, you are in for an experience like no other. Masterpieces by Vincent van Gogh, Henri Matisse, and Pablo Picasso hang next to ordinary household objects—a door hinge, a spatula, a yarn spinner.

On another wall, you might see a French medieval sculpture displayed with a Navajo textile. These dense groupings, in which objects from different cultures, time periods, and media are all mixed together, are what Dr. Barnes called his “ensembles.”

The ensembles, each one meticulously crafted by Dr. Barnes himself, are meant to draw out visual similarities between objects we don’t normally think of together. Created as teaching tools, they were essential to the educational program Dr. Barnes developed in the 1920s.

Barnes was attracted to Cuttoli's collection when it arrived in this country before the Second World War. In San Francisco, the Sausalito News reported that the tapestries were "brilliant in color, gay in design, and as modern in spirit as the latest-model automobiles." Rugs and tapestries are the quintessential combination of utilitarian objects with works of fine art, becoming art works themselves.

Cuttoli's commissions fit Dr. Barnes’ conceptions well.  A special dimension is added as great works of art are made into textured wall hangings and rugs.  The quotidian and the very special are not simply presented as ensembles.  They are merged.

Represented in the new exhibit are works based on everyone from Miro to Man Ray.  The three tapestries Barnes originally purchased are here too.

This is a fascinating exhibit of the influence of texture and materials on art.