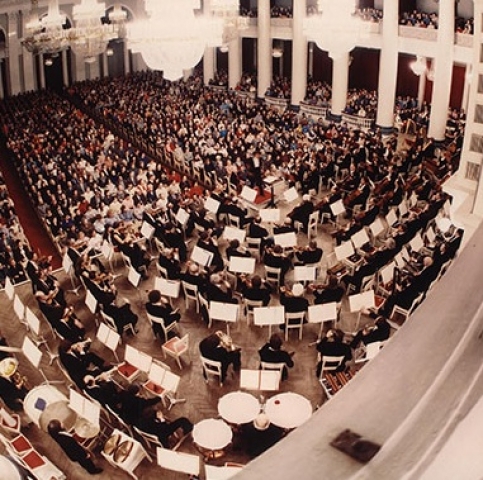 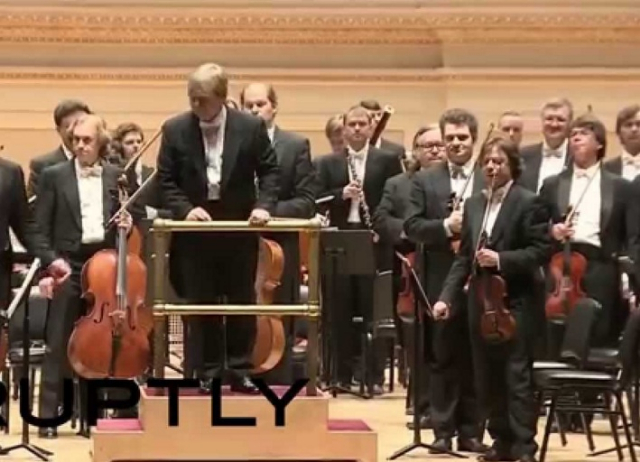 The Orchestra at Carnegie Hall 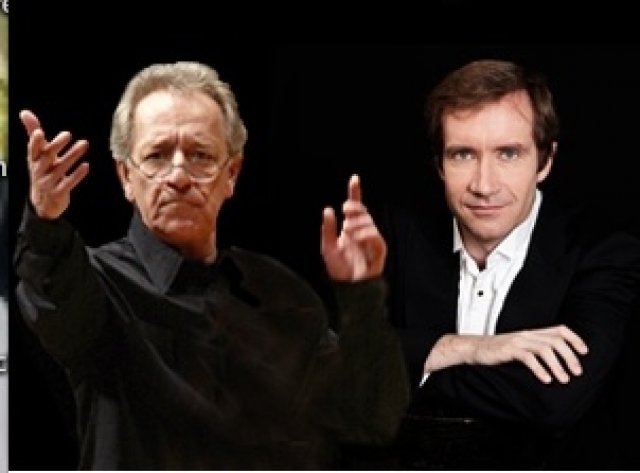 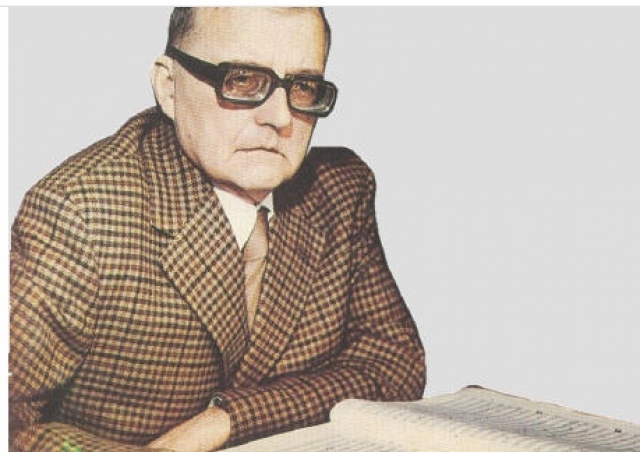 Shostakovich’s Fifth Symphony has come down to us as an apology to Stalin during a time of heightened scrutiny not only of artists but of everyone around the General Secretary of the Communist Party. Now it is considered a protest against Stalinist terror. Whatever its messages, the music is beautiful, a classical symphony brought forward into the 20th century. A remarkable work that was remarkably performed by the St. Petersburg Philharmonic Orchestra.

The St. Petersburg Philharmonic is the orchestra that premiered this symphony in 1937. Of course they would shock us at the start with a dramatic gesture. Then strings are introduced, gradually followed by the bassoons, flutes, oboes and clarinets, and finally, the brass and percussion.

The composer is introducing us to the orchestra. The strings are superb, especially in all sections unison.  The horns also exceptional, the winds solid and sharp.

Climaxes are built without exaggeration, but send shivers down the spine. They are created by intensity rather than loudness.

This first movement of the Fifth marks an important turning point in Shostakovich's development. Here he defines and perfects his own personal reworking of traditional sonata form. By reversing the order of themes at the end, he creates a vast arch form, building in intensity to a climax and then breaking up into surrender. The restraint at the movement's beginning and end is matched by the near hysterical abandon of the climax as it is captured by conductor Temirkanov.

Temirkanov uses tempo to intensify this arch shape, beginning the symphony very slowly, gradually speeding up through the development and then winding down to end at very nearly the same speed as the opening.

In quiet slow sections, the orchestra maintained a sense of movement and direction, and was never at a loss or in a morass. The composer's swings from delicate to forceful sections were finely wrought.

A perfect balance was created between sections, perhaps through the conductor’s guidance or the players listening to each other. Or because all these pieces came together.

Recognizing that the strings in unison may be the strongest suit of a strong orchestra, Prokofiev's Amoroso from ballet music for Cinderella was played as an encore.  Here the strings made their point - loud, clear and poetic in unison.

Nikolai Lugansky, the evening's piano soloist, clearly has a lovely lyric sense, which was displayed in his encore, Mendelssohn’s Song Without Words.

For the Brahms 1st Piano Concerto, a rare but indispensable understanding of what of the piano is as an instrument is required. Brahms understood the piano better than most composers. Arthur Rubinstein playing the same concerto gets it. Without going into an elaborate piano music lesson, how a note sounds is very much related to its overtones.  In a piano concerto, the length of time you hold a note is related to what you hear in it. The pedal can be used to sustain when required. Subtle use of dynamics can also be revealing. Tone and color take us out of time. Unfortunately, in this performance, we did not get a profound understanding of Brahms either from the orchestra or the soloist.

Yet it is the Shostakovich that will remain with us as a superb interpretation of one of the most haunting and beautiful symphonies of the last century.