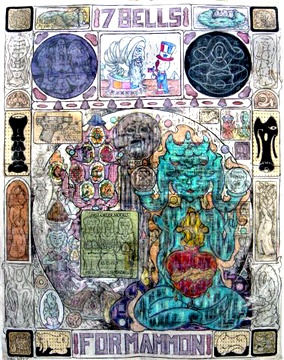 Seven Bells for Mammon, 2007. Images courtesy of the artist. 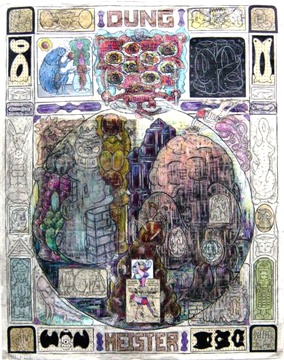 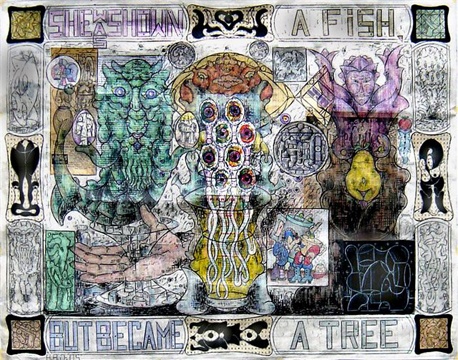 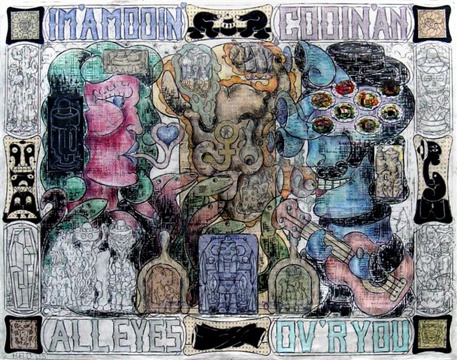 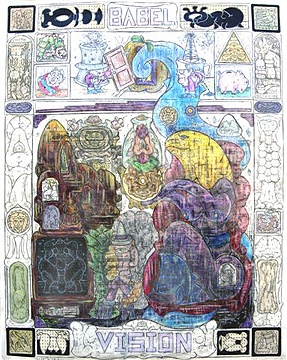 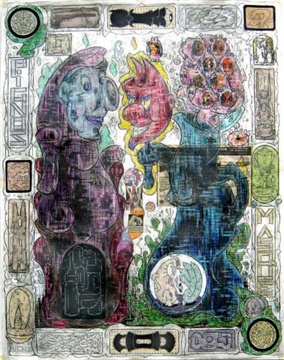 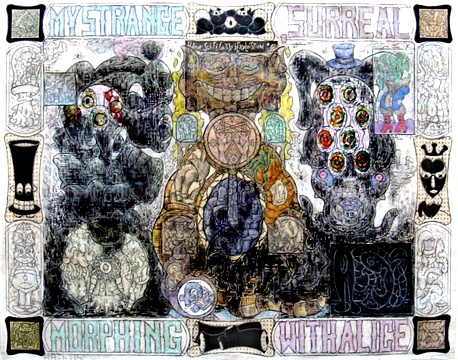 My Strange, Surreal Meeting With Alice, 2005. 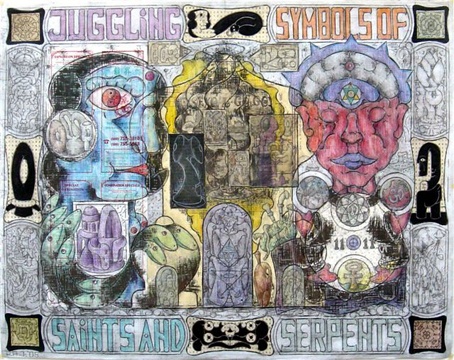 Juggling Symbols of Saints and Serpents, 2005. 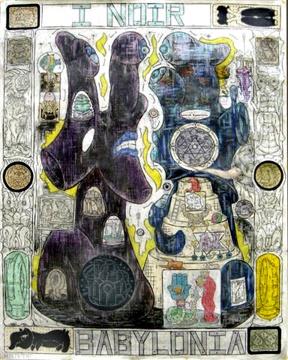 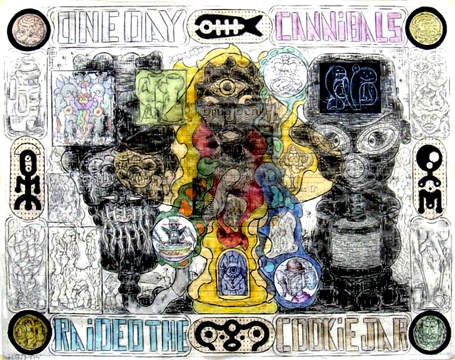 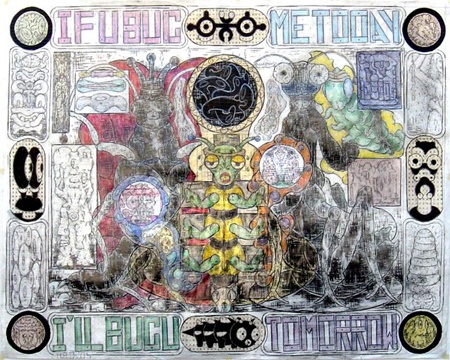 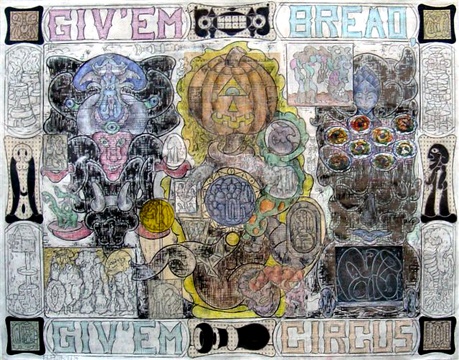 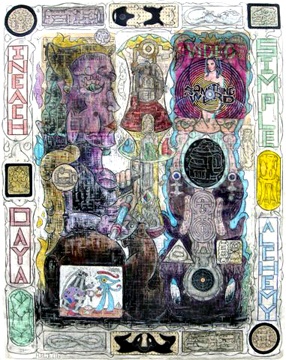 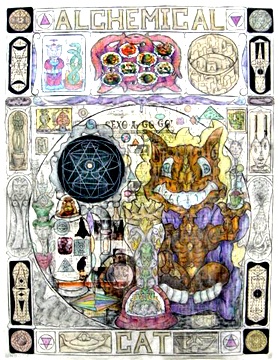 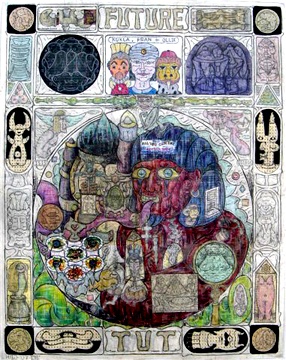 " My Art Career started with a nanosecond of inspiration: a Grinning Cheshire Cat-like metaphysical image stating, like those advertisements in the back of 60's comic books for an ersatz art school: Draw Me!

"This moment developed into an obsession: a seven day a week quest to capture this shape shifting apparition. My references became the history of the Holy Grail and the Ancient Hebrew Tetragrammaton represented by I.H.V.H. or the unpronounceable name of Creation."

Enpsychophilia is a contrived encyclopedia composed of random, unrelated, personal, historical, factual and fantasy images imbedded in or on a two dimensional plain. This project, like others, is ongoing and will take approximately 10 years to produce encompassing a large body of diverse drawings. Each series can contain a sub-series to purposely expand on the original theme. Presented information and images cannot be accessed through standard research procedures such as libraries, internet or academia [no university generated , crunchy vegetable correctness] but by re-interpretation intuitively as a private rebus.

Eschewing a standard academic page / book format, sections from various publications such as a child's coloring books, graph paper, post-its, Chinese take-out menus, Exploitation Movie Ads, metaphysical text, anatomical prints, mathematical formulas, [math was always a problem, now I do advanced equations my way: after all theoretical math does exist!], mechanical drawings etc. are mounted on the surface of discarded vellum architectural plans which have been reversed so that a ghost image shows through. Materials are alchemically selected: discarded papers are chosen by their level of un-importance after final use and resurrected into a new surface for imagery: these recycled elements become spiritually transformed to a higher level of usefulness.

In Alchemy the traditional base material, lead: symbolizing the dark, [it is rumored to be feces] is transformed into white gold representing pure intelligence, learning and light.

The selected materials are cut into shapes and pasted onto the supporting surface becoming vignettes representing conduits into a multi-dimensional layering of events or a total quantum universe.
Drawing on top of this diverse surface with various hard stick mediums, by erasing and re-drawing, I render a private lexicon of symbols and images creating a compact totality expressing microcosm as macrocosm. The many layered result is sealed with a heavy coat of gloss acrylic.

Tittles are very important becoming a minimal form of poetry, like Japanese Haiku, describing the sum as a whole [gestalt] and are included in the composition .

Hexsexus, a created word, is the magical transformation [shape shifting] of an object, event or substance first by hexing: destroying or devaluating its original form or pretense and reuniting it's elements forming a new conception and image.
Pagan Transexuality and The Devouring Goddesses Vagina Dentata [ancient Parthenogenesis] is the re-seeding or morphing starting point in which an object can singularly re-evolve without a partner. The result being truly protean.

Completed artwork relates to the many versions of Grail Mythology, arcane to vernacular, in which the quest is never totally achieved and the process becomes the motivating end to the means. To posses the Grail would mean the end of all accomplishment for there would be nothing left to pursue.