The Price by Arthur Miller 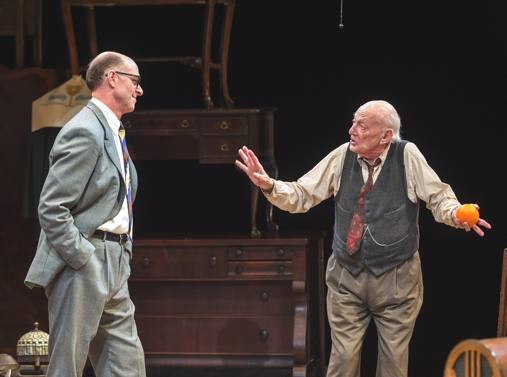 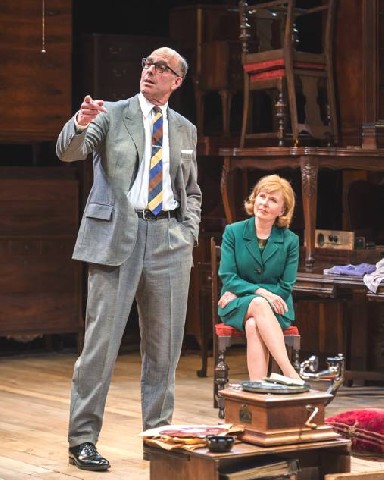 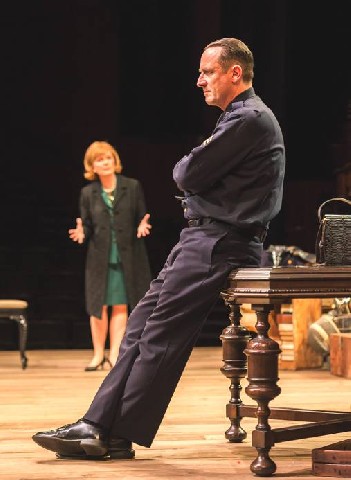 America has produced many talented playwrights over the decades. But the names of three playwriting giants continually jump to the head of the line: America’s only Nobel Laureate in Literature Eugene O’Neill, Tennessee Williams, the champion of Southern women and the culture of the south, and Arthur Miller, the chronicler of the common man in the country’s largest city, New York. There’s rarely been a playwright with a better ear for dialogue of New York’s hustle and bustle urban lifestyle than Miller with Paddy Chayefsky coming in a close second.

“The Price”, masterfully directed by Garry Hynes, and magnificently performed by an inspired quartet of some of the theatre’s finest journeyman actors, makes for a riveting evening of thought-provoking and insightful explorations of Miller’s most mature work of barter and life assessment.

Director Hynes has her cast which include: Kate Burton, John Bedford Lloyd, Alan Mandell, and Sam Robards performing on the stage of the Mark Taper Forum; with everyone at the top of their games.

Miller’s engrossing story about the choices we all make while traveling on the road of life is set in New York City in the 1960’s. Victor Franz (a terrific Sam Robards) is a 50 year-old, twenty-eight year veteran New York City police sergeant; contemplating retirement. He is also looking backward and inward assessing the efficacy of decisions and choices which he and his wife Esther (Kate Burton in a winning turn) made back when Victor’s family was comfortable and upper class. First, Victor’s mother dies sending his father into a depressive state, then the collapse of Wall Street, and the banking failures and disasters of 1929 drove the final nail into the elder Franz’s coffin.

The building where the Franz family lived is being demolished. The furniture that has been stored in the attic for years must be either sold at an estate sale or thrown away. Once again “choices” have to be made. Victor and his brother Walter a conflicted, but highly successful New York surgeon (slickly played by John Bedford Lloyd) haven’t seen or talked to each other in sixteen years. Victor makes another choice: that of selling off the collection of lives lived in his family’s apartment and splitting the sale money with his estranged brother.

Into this intense and electrically charge situation comes Gregory Solomon a pixie-ish, savvy and wise 89 year-old licensed Estate broker, who will determine “the price” of what the heirs – Victor and Walter – will receive as the vestiges of the Franz family.

Solomon, a charming philosopher-broker is played by real-life 87 year-old, scene-stealing actor Alan Mandell , who with a twinkle in his eye and a Yiddish-inflected accent is a formidable customer when it comes to bargaining. He relishes the moments between Victor and himself when determining a price for the furniture. Where Solomon is garrulous. Victor is impatient to close the deal. Walter evidently, has decided not to attend the sale meeting and Victor is anxious to settle this part of the estate issues and move on. And then Walter shows up.

“The Price” which debuted in 1968 received both praise and criticism. As a result it’s not produced very often which is a shame. The criticism is undeserved in my opinion. Perhaps, different productions or directors saw the text through different lenses. I’ve seen five different productions, and for me the current show now on the boards of the Mark Taper Forum is a production that best brings clarity and resonance to Miller’s study of one American family’s problems and issues during the 60’s.

Kate Burton as Esther Franz carefully walks the fine line between portraying Esther as a money grabbing shrew, or a long suffering wife drifting away from her husband. It’s a nicely nuanced performance. Bedford Lloyd’s Walter has the just the right amount of smugness and superiority required by all self-absorbed entitlement-oriented people. Robards’s Victor shines and solidly holds his own in his highly charged scenes with Walter. Mandell as Solomon, the wily estate broker is an actor who knows how to pause, enthrall, and capture an audience with skill and charm. It’s an exquisite gem of a performance. The entire production is an exhilarating display of individual brilliance within an ensemble setting, which now, in 2015, soundly resonates as performed under the gifted direction of Garry Hynes.

The technical credits at the Taper are always first rate. The creative team led by director Hynes, delivers an apartment full of odd mementos, old furniture, relics of items that the younger Victor and Walter once used, various books lamps, and bric-a-brack plus a splendid looking Harp (that has a cracked sounding board according Gregory Solomon), all courtesy of Set Designer Matt Saunders and the Taper prop shop.

“The Price” is an impressive production performing at the Mark Taper Forum and runs through March 22, 2015.