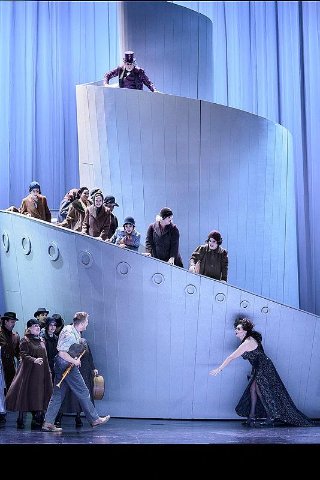 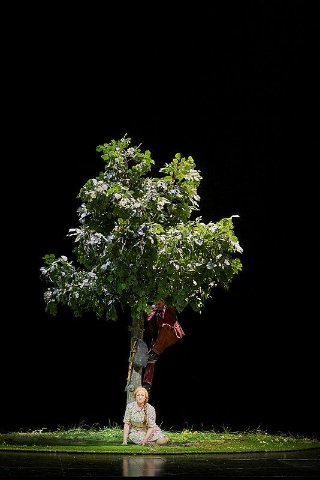 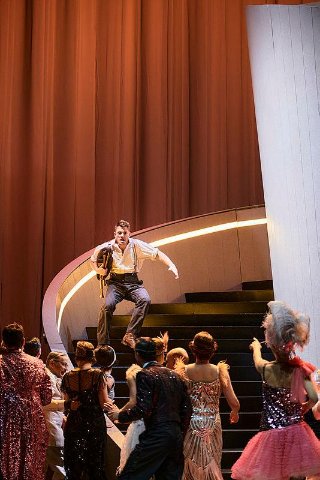 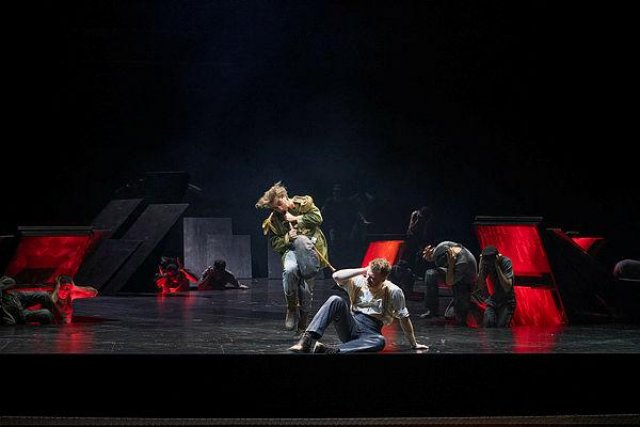 After a slow opening in Praha, Czech Republic, in 1927  Schwanda, der Dudelsackpfeifer (Schwanda, the bagpipe player) by Jaromir Weinberger turned into a huge success around the Western World - and before Hitler came to power. There was hardly an opera house where this folk tale from the Bohemian mountains did not delight an audience. Then, in 1929, came the first production in Berlin. Now, on  March 5, 2022 it had its „re-opening“ at the wonderful Komische Oper in Berlin.

Andreas Homoki, a former head of the venerable house, directed with the musical support of the conductor Ainars Rubikis. In this lighthearted story Weinberger commemorates the folklore and the music of his native Czech countryside in Bohemia.  There is the famed robber Babinsky (Tilman Unger), who falls in love with Schwanda's wife Dorotka (Kiandra Howarth), and tries to send Schwanda (Daniel Schmutzhard) to hell. He succeeds by making the jealous queen (Ursula von den Steinen) of a neighboring country so mad that she has Schwanda killed.  Finally,  Babinsky feels guilty, cajoles the devil (Philipp Meierhöfer) into giving up Schwanda and all ends well in this folksy opera.

It is an enjoyable tale told in five (5)scenes with great stage settings by Paul Zoller. But, although heart-warming and spiked with a great dance and chorus interlude in hell, the entire story seems somewhat dated, too sweet for our times. Neither Daniel Schmutzhard's great performance as Schwanda nor the militant starkness of the dancers in the scene in hell can tilt the experience towards a contemporary balance.  Even the devil's clown-like behavior feels not quite fitting, a bit strained and silly.  The production in its entirety sends confusing vibes, it is not a farce, nor a romantic story, nor a contemporary opera. Perhaps it should be experienced as a bow and a reflection to  times past and to honor Weinberger's  magic in writing a libretto that touched the soul and reflected the yearnings of the people between the two world wars. Happy endings are, again, desperately needed in Europe, and thus the production succeeds.