The Chinese Lady at The Public Theater 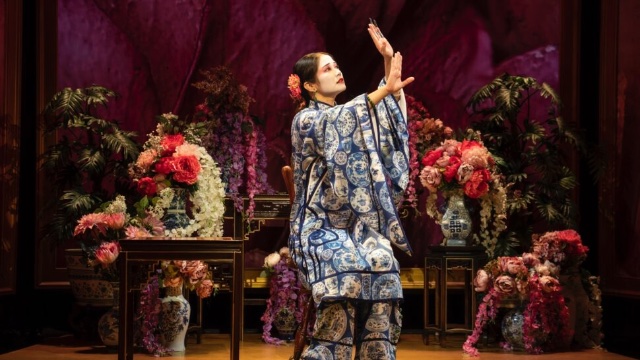 The Chinese Lady at the Public Theater in New York 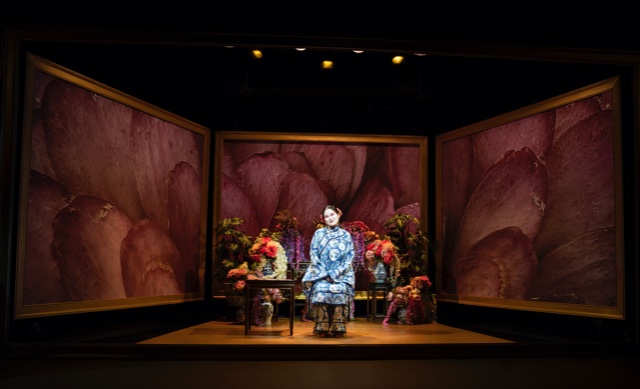 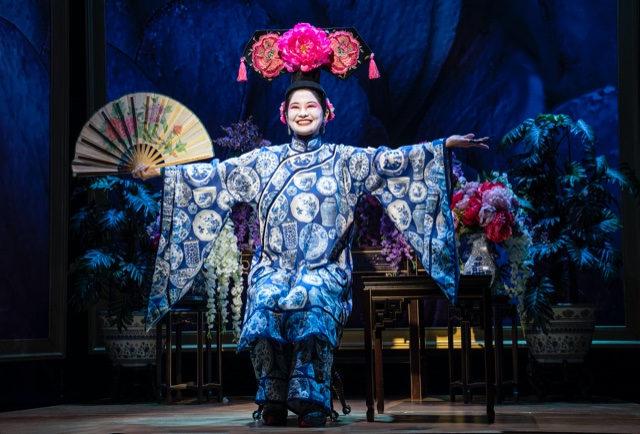 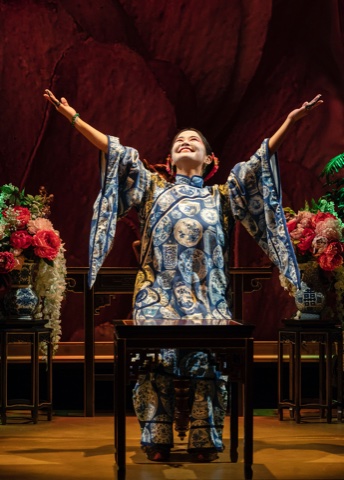 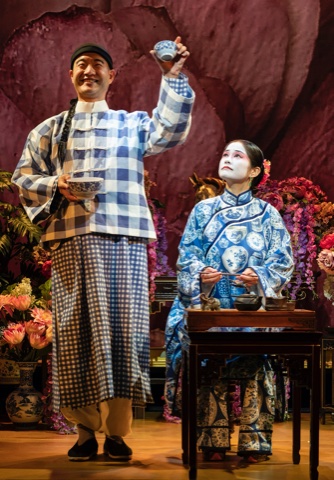 A unique and dispensable translator adds pleasure to The Chinese Lady 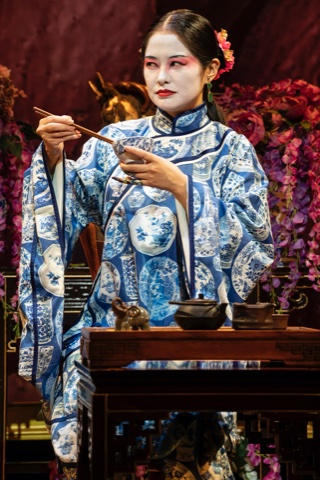 Moy instructs on the history of tea The Chinese Lady 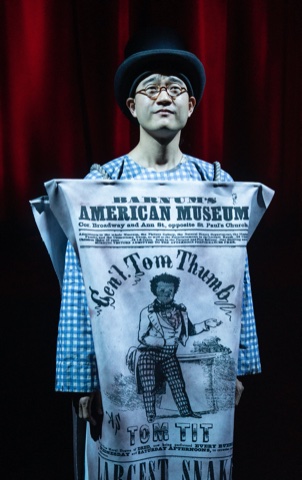 The Chinese Lady produced by Ma Yi Theater Company and The Public Theatre has arrived in New York.  This production was created for its world premiere by The Barrington Stage Company and Ma Yi. Ralph B. Pena directs to enchant and move. Lloyd Sun the playwright has given us several points of view on immigration, some of them surprising.

Shannon Tyo turns in a mesmerizing performance as Afong Moy, the first Chinese woman to arrive in the United States in 1834. She comes in a shipping crate, which dramatically fills the entire stage as we enter the theater.  It opens to reveal her ‘cage.’ No bars are evident.  She will be on display at the Peale Museum in New York  and then by P. T. Barnum.

The playwright has taken the occasion to flip Moy’s role. Viewers who over the years pay from fifteen cents to a dollar to stare, are invited to learn about her culture. Whether or not they do is one of the play's intriguing mysteries. The only other on-stage character is her translator, Atung, who Daniel K. Isaac invests with humor and wit.  At times it is clear that he is telling us what he wants us to hear and not what Afung is articulating.

English is the language of the play. So why do we have a  translator?  Because he is translates Moy’s intentions.  He is interpreting that she is saying, making her more politically correct and less confrontational.  Whether he is operating at the direction of his employers or on his own is not clear.  However, he is able to survive better than Moy is, which may reflect his personal success.

At first it is odd to hear English as Chinese, but then, because the translator is live and very present, we accept the duality. In fact, Chinese language as English doesn’t seem odd.

Weeks after Moy’s arrival an exhibition space was found on Park Place in Manhattan. The space is now ornamented, as it was then, with furnishings and objects ready to entertain.  While focus is on eating (including the Chinese invention of tea) and foot binding, which causes Afung to “twadddle” for life, we lose the sense that Afung is captive. She appears to do what she wants to: Educating us about her culture.  Of course, her translator, perhaps directed by their employers, has different ideas. At times he is very funny.  The joke that echoes is that the translator is irrelevant.  He laughs, because he has made himself quite otherwise.

Men in  the 19th century audience fixated on Afung’s feet, these bound miniatures. Women were more interested in her furnishings and costumes. Images of Chinese woman as delicate flower to be hidden from society.  So she was used to being hidden.

Moy  tours the country, with a focused eye on San Francisco, which would become the first large Chinese community.  Pittsburgh however is an object of derision. In the White House she entertains American 'emperor' Andrew Jackson.  Isaac plays both translator and Jackson in a delightful duet.

The strangeness of the work is brought out when a description of the process of foot binding is detailed, broken toe by broken toe, over and over again. We know now that Black Africans sold their black brethren into slavery. What the Chinese did to their women is a scalding thought.  Scalping was not practiced in reverse.

A new Chinese woman is imported at the end of the play to fill  Barnum’s need for a young woman. Moy is seventy. Afung leaves to wear signboards advertising the arrival of Tom Thumb.  Is the Chinese lady a freak?  Are slaves freaks?

The complexity of these issues in our melting pot nation has never ceased to fascinate.  This is a particularly charming and engaging telling of the immigration tale.