Will Perform Songs That Stump the Band 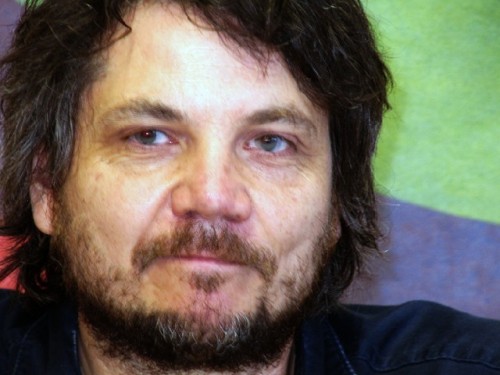 On Friday, June 21 at the Solid Sound Festival at MASS MoCA in North Adams, MA, Wilco will perform a unique concert comprised exclusively of fan-requested songs, including covers. The band will take song submissions in advance  and promises to learn fifty of those songs for the festival. Then, during the concert, approximately twenty songs will be selected live, at random, for Wilco to perform during its regular set. The encores will feature more fan-requested songs submitted via Twitter, as well as a live version of “Stump the Band” in which audience members will request songs and attempt to stump the band, a variation on the original “Stump the Band” segment featured on The Tonight Show. The Solid Sound version will feature modern-day comedic talent John Hodgman standing in for the late-great Johnny Carson, polling audience members for their best song challenges.

This is the first-ever all-request concert by Wilco. It may also be the last.

Solid Sound Festival is a three-day celebration of music, art, comedy and more, and it takes place June 21-23 at Massachusetts Museum of Contemporary Art in North Adams, MA. Additional musical performers include Neko Case, Medeski, Martin & Wood, Yo La Tengo, Os Mutantes, Low, Foxygen and many more. There is also a full program of comedy selected by the aforementioned John Hodgman and featuring Reggie Watts, Al Madrigal and Jen Kirkman.

In addition to ticketing, solidsoundfestival.com

features information about performers and daily lineups, festival programming, camping, area lodging, direct Peter Pan bus transportation to and from the festival and much more.

More information will follow soon on how and when fans can submit songs for Wilco’s all-requests concert on Friday, June 21.