Extensive Upgrade of Site and Services 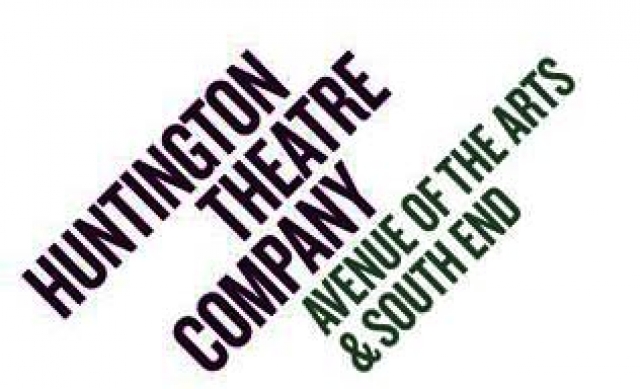 Huntington Theatre Company announces its 2017-2018 season. The upcoming season will include productions in the Huntington Avenue Theatre (known as the BU Theatre through June 30), and plans are underway to convert the theatre into a first-rate, modern venue with expanded services to audiences, artists, and the community. The 36th season will include four plays at the Huntington Avenue Theatre, as well as three plays at the Wimberly Theatre and one special event in the Roberts Studio Theatre, both located in the Calderwood Pavilion at the BCA in the South End.

The season will comprise of world-class productions of classics made current and exciting new work created by the finest local and national talent. The lineup features a definitive production of a legendary Stephen Sondheim musical, directed by the acclaimed actor-director Maria Friedman; a new play by Huntington Playwriting Fellow Ken Urban about chance encounters and redemption; a brilliant classic by Molière directed by Huntington Artistic Director Peter DuBois; a revival of one of 2016’s Best Plays of the Year by Huntington Playwright-in-Residence Melinda Lopez; a riveting and timely new play from Dominque Morisseau; Liesl Tommy’s fresh interpretation of a Caryl Churchill contemporary classic; and from a renowned Hollywood reporter, the world premiere play about famed playwright Arthur Miller and the son he refused to acknowledge; plus one show to be announced soon.

“I woke up the morning after the election and knew the 2017-2018 season needed to be full of theatrically bold, smart, and politically-minded work. I also knew we would all need several laughs and to be reminded of our common humanity,” says Huntington Artistic Director Peter DuBois. “The world-class artists we have assembled to tell these timely, human stories are some of the best in the country and beyond, and as always the Huntington experience will leave audiences equal parts inspired, transported, and entertained.”

MERRILY WE ROLL ALONG

Music and lyrics by Stephen Sondheim

Director Maria Friedman’s stunning London production of Merrily We Roll Along received universal rave reviews – the most five star reviews in West End history – and the Olivier Award for Best Musical. Now she recreates it for Boston audiences! Traveling backwards in time over 30 years in the entertainment business, this legendary, cult favorite musical charts the relationships of close friends Franklin, Charley, and Mary, and features some of Sondheim’s most beautiful songs, including “Good Thing Going,” “Old Friends,” and “Not a Day Goes By.” The Independent called this production, “One of the great musical productions of this or any other era,” and The Guardian described it as, “A thrilling evening of musical theatre. Essential viewing!”

“This production of Merrily We Roll Along is not only the best I’ve seen, but one of those rare instances where casting, direction, and show come together in perfect combination, resulting in the classic ideal of the sum being greater than the parts.” – Stephen Sondheim on Maria Friedman’s London production

A GUIDE FOR THE HOMESICK

On his way home after a year in East Africa, a young aid worker goes back to a shabby Amsterdam hotel room with a fellow American. The two strangers replay their pasts and confess their shared fear that they betrayed the people who needed them most. A powerful chance encounter offers the possibility of connection and redemption in this new play by Huntington Playwriting Fellow Ken Urban. OC Weekly says, “Urban is brilliant, provocative, and gushing with talent.”

“It is incredibly meaningful to me that my play about two friends from Boston will premiere here,” says playwright Ken Urban. “The Huntington has supported my work since 2007 and being a part of this season feels like coming home.”

“Ken Urban is one of the most exciting writers and most generous of human beings,” says director Colman Domingo. “The Huntington is a theatre where I've created groundbreaking work with Mary Zimmerman (Journey to the West) and with Lisa Kron (Well). What an exciting time to dive into the deep end of the pool with Ken's latest work A Guide for the Homesick. A home that is built to examine our inner human struggles and global crisis. I am thrilled to be at the helm of this collaboration.”

Devious Tartuffe charms his way into Orgon’s household and schemes to marry his daughter, seduce his wife, and run off with the family’s fortune. Orgon remains entranced despite the appalling evidence of Tartuffe’s behavior – will he see through this con man before it’s too late? Molière spins religious piety and hypocrisy into high comedy in this hilarious and biting satire, one of the world’s great plays. “A classic gem. Laugh-out-loud funny,” says The New York Times.

“This production of Tartuffe is going to be everything you expect from Molière, complete with costume design elements of the period and our own spin on the brilliantly comic possibilities of period staging,” says Huntington Artistic Director Peter DuBois. “Boston audiences are going to see 2017 alive onstage within the framework of a 17th century farce, and the result will be satirical, smart, and a gut-buster.”

In the breakroom of the last small auto plant still standing, a makeshift family of workers swap stories, share dreams, and take pride in their work. When confronted with the possibility of the factory closing, power dynamics shift and each is pushed to the limits of survival. Inspired by August Wilson’s Century Cycle, Morisseau’s bold and compassionate new play is part of her Detroit Project cycle of plays. “A very fine new play! Warm-blooded and astute,” says The New York Times.

“I am extremely excited to share my play about the working class in Detroit with the people of Boston and connect through our common cores,” says playwright Dominque Morisseau. “I've seen many brilliant works at Huntington and have had transformative experiences. It feels right to join the ranks of some of my favorite writers and become part of the extended community of this urgent and necessary theatre.”

Career-driven Marlene has just landed the top job at a London employment agency over a male colleague. To celebrate, she hosts a lavish dinner with a group of famous and adventurous historical women who cheer the successes and bemoan the sacrifices required to be a “top girl” in a man’s world. Churchill’s groundbreaking masterpiece, originally a rebuke of Margaret Thatcher’s England in the 1980s, remains as relevant and powerful today. “Very funny and provocative.  A mind-lifting experience,” says the NY Post.

Arthur Miller, the most celebrated American playwright of the 20th century, was said to be the moral conscience of the nation, but he had a secret: a son born with Down syndrome whom he refused to acknowledge. Renowned Hollywood reporter Bernard Weinraub explores the fascinating untold story of Miller and his third wife, photographer Inge Morath, and the divide between their public personas and private lives. “For all the public drama of Arthur Miller’s career, one character was absent: the child he deleted from his life,” says Vanity Fair.

“Huntington Artistic Director Peter DuBois has been the driving force behind this production of Fall,” says playwright Bernard Weinraub. “Peter's encouragement, optimism, and talent has made this play possible. The fact that the play's premiere is taking place at the Huntington is simply thrilling.”

“Arthur Miller wrote many plays about the sins of a father being visited on a son, and as a writer he provided a moral compass for a generation,” says Huntington Artistic Director Peter DuBois. “Bernard Weinraub’s exploration of a playwright iconic to our times is a story that has remained with me since the first time I read the script. I’m proud Boston audiences will be the first to see this show and discover more about a playwright that they thought they knew.”

THE ARTSEMERSON PRODUCTION OF
MALA

Written and performed by Melinda Lopez

Funny, brutally honest, and ultimately cathartic, Mala puts a sharp focus on what it means to put our loved ones first, right to the very end, and what happens when we strive to be good but don’t always succeed. Named one of the best plays of the year by The Boston Globe, WBUR’s The ARTery, and DigBoston when it premiered at ArtsEmerson, this powerful one-woman show written by and featuring Huntington Playwright-in-Residence Melinda Lopez (Sonia Flew, Becoming Cuba) dances between doctors and urgent 911 calls, a mother’s growing frailty, and a daughter’s quest for grace —  all set during an epic Boston winter. The Boston Globe calls Mala, “Piercingly honest and exquisitely moving,” and WBUR says, “Candid, raw, and exhilarating.”

“I am thrilled to bring Mala back to Boston,” says Huntington Playwright-in-Residence Melinda Lopez. “The Huntington has provided me the time and space to continue to create new work as their playwright-in-residence, and I am grateful to them for remounting the original production, as this play is extremely close to my heart.”

"It was a true joy collaborating with Melinda on the premiere of her play, Mala," says director David Dower, also co-Artistic director of ArtsEmerson. "The humor, intelligence and courage that Melinda brought to her writing immediately resonated and provided a great foundation to tell her important story, universal to so many."