The Girl Who Knew Too Much 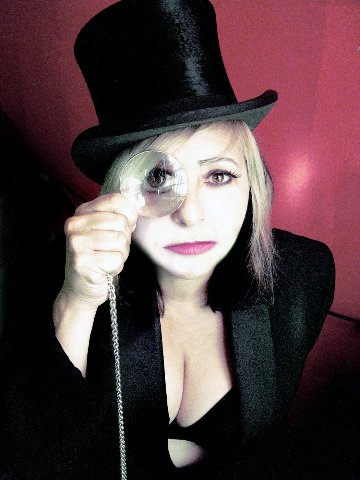 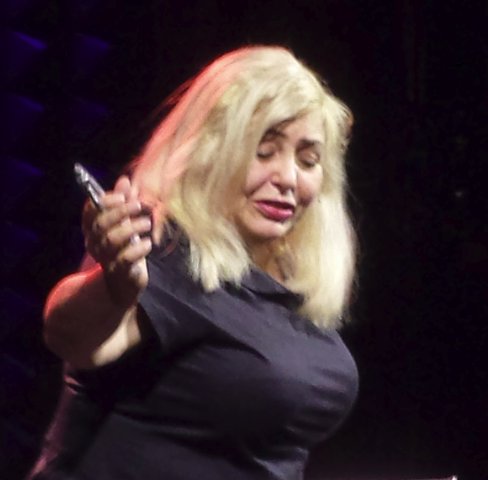 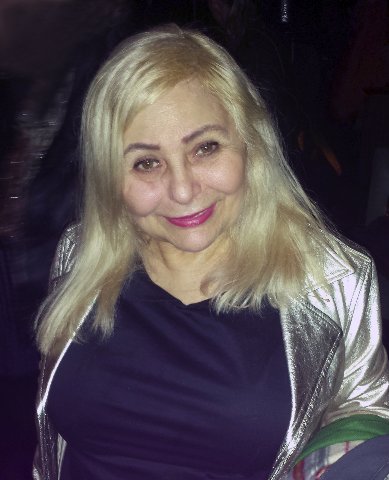 After three years of touring Longing Lasts Longer the eminently quotable performance artist Penny Arcade, an uncanny, in your face, truth-telling Cassandra that people actually believe, is back at Joe’s Pub at NYC’s Public Theatre.

For three Tuesday evenings the internationally acclaimed performer and her longtime technical director Steve Zehentner (genius of light, sound, and video) are work-shopping, The Girl Who Knew Too Much.

As the press release warned, among the hot button subjects that Arcade would be tackling in her usual ironic style would be the culture of rape, victimhood, political correctness, and the normalization of self-censorship. She would also ask the question of our times. Who gets to speak and to whom?

Wearing all black which made her long straight platinum tresses standout even more so, Arcade, in heavy working mode, spent most of the evening standing close to a music stand with a work-in-progress script.

Sometimes Arcade read a section. At other times, she read only the first line, and knowing what she wanted to say continued story-telling, often introduced by hand-picked songs, in a kind improv style which she is known  for.

At other times Arcade stopped in mid-stream to talk with Zehentner, who was off stage, to notate (and set) certain music, dance and sound cues.

Judging from the audience’s response The Girl Who Knew Too Much is going to be another solid hit for the feisty performer. The gift of the evening, in addition to Joe’s Pub reasonably priced drink and food menu, and the conviviality of Arcade’s converts,  was that we felt both privy and privileged to be in on the show’s birthing.

Like all of Arcade’s works in progress, once the production is in good shape, Arcade will travel it around the world.

Below are snippets from The Girl Who Knew Too Much. They are teasers for when show opens for a full run.

“When I was a little girl in the 1950’s we watched cowboy movies every Saturday and Sunday afternoon and they were always about water rights. The bad guys were stealing the water and the good guys were trying to free the water. And by the time I was 9 years old I was an emotional wreck till I hit 11 and realized that the fight for water was in the past…in the old days…then in the 60’s people started saying that in 20 years we wouldn’t be able to drink the water that we would have to drink bottled water, but we couldn’t imagine that….but then starting around 1985 everyone started drinking bottled water, so I understand the glacial pace of change. Now it is being said that in 30 years there won’t be any water to drink.  The Bush family has been buying water rights for decades. So I’m right back to where I was when I was 9 years old, worried about water.”

“We live in a culture where everyone is supposed to win.  But not everybody wins.  A lot of people have to lose. Every day we’re being told, you can have it all. Be positive.   If you’re not a millionaire, it’s your fault.  You're creating the sorrow in your life.  If you were clear, you too would be a millionaire. There is no limit to what we can achieve in our lives, which is empirically impossible. Now everyone is now expected to be an instant expert.  The whole idea of development over time is out the wind down. There is a now an online master class for everything taught by the world’s greatest minds. Steve Martin teaches standup comedy, Ron Howard teaches directing. Samuel Jackson teaches acting, Frank Geary is teaching architecture....in one weekend.  This is a corporate model.  Become an expert on one thing and one thing only and you will be able to charge more per hour.”