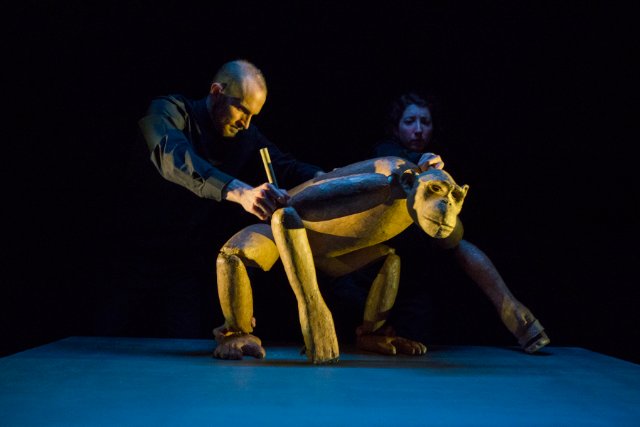 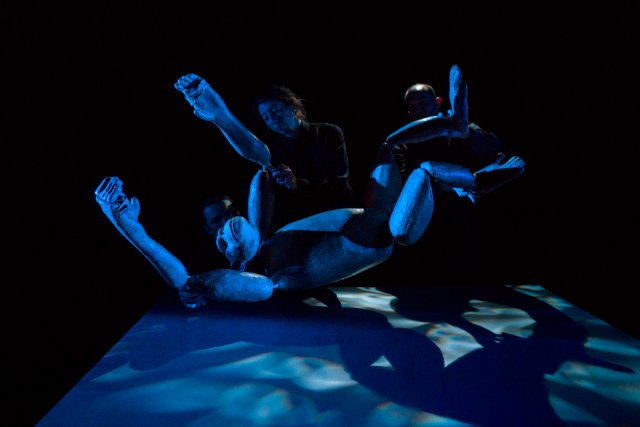 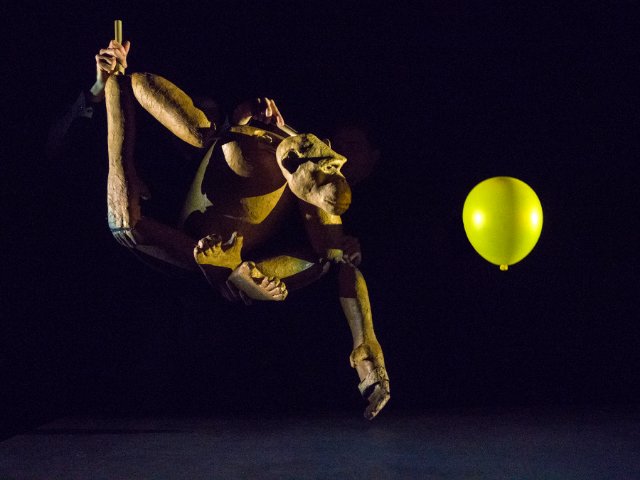 Chimp plays with a loose balloon 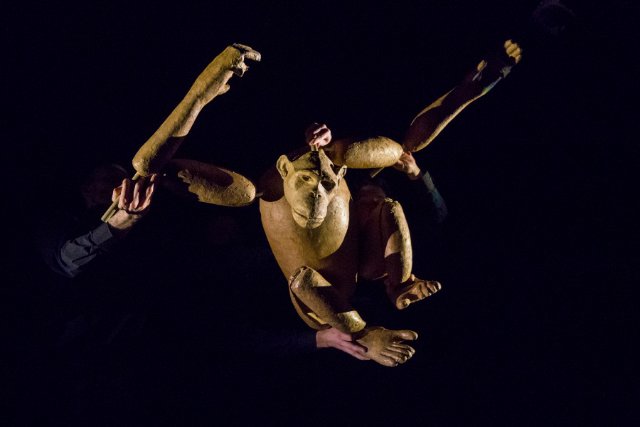 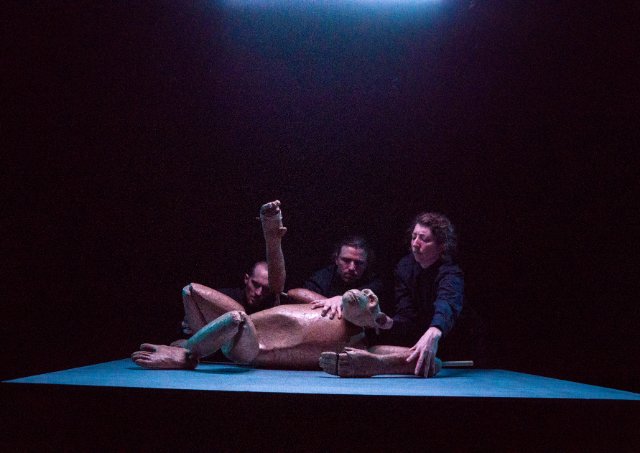 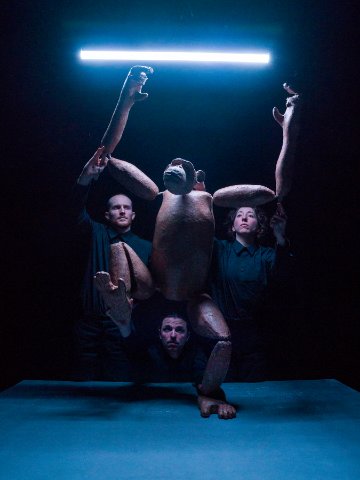 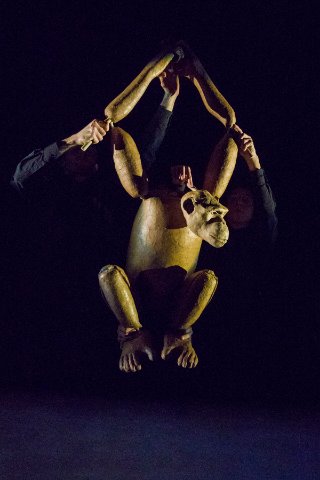 Chimp dreams of hanging from a branch 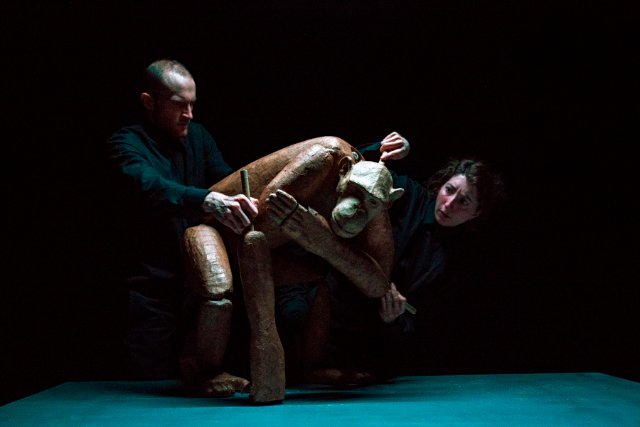 Chimpanzee is a delightful and superlatively moving account of memories and dreams re-captured in captivity by a primate. Nick Lehane has created this compelling portrait. From the moment lighting director Marika Kent takes us from blackness into the light on the Chimpanzee, graceful light gestures, and some searing white light suggest the chimp's changing moods as does the soundscape by Kate Marvin.

An aging chimp recalls her dreams in the canopies of primeval forests as choruses of bird calls please her. She is frightened by a tiny mechanical monkey who she slaps into a box triumphantly.  Yet she rocks a baby doll tenderly in her arms.  Quite specifically she remembers Mozart sung in her human home, an aria from Cosi Fan Tutti. On a starry night she may be catapulting through outer space.

At odd moments, the audience is aware that the puppet is being manipulated just as the chimp is manipulated in captivity.  Yet the puppeteers who are giving life to the chimp seem to respect her individuality and her need for free time. Chimp rolls on her back with joy. She is sadly led to self-mutilation.

Nick Lehane's gift for voiceless story telling is displayed moment to moment in the hands of the puppeteers. We subconsciously know that they are investing the feeling in this creature carved of papier mache and painted in a pleasing gold brown. The forearm is club-like, as though a cave-lady might soon emerge. The opposable thumb of the hand, so crucial in evolution, does not oppose, but it is there as a reminder,

Life is complicated. The chimp can handle a teapot and learns to beware heat. Only in America has science reached such bizarre heights. Nim Chimpsky was a language experiment referencing Noam Chomsky, of course.

We do not anthropomorphize, or at least any more than you would with your immediate predecessor. Somehow the magic of the talented puppeteers Rowan Magee, Andy Manjuck and Emma Wiseman moves us as though we were the chimp.

Chimpanzee is for all ages.  It runs at HERE, 145 Sixth Avenue, New York City through March 17.  Tickets