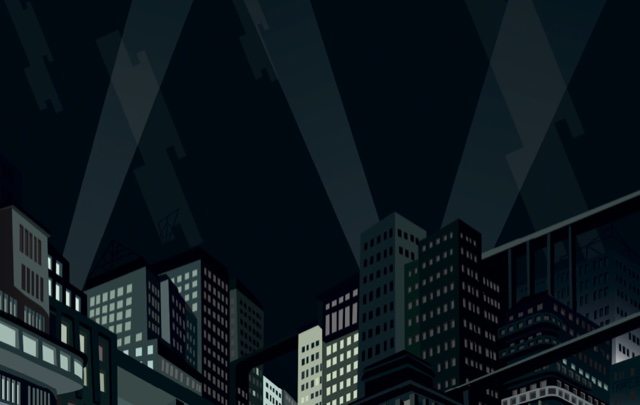 Metropolis is a Grammy-nominated Ensemble founded by Andrew Cyr, who encourages artists to realize their bliss. The group was not named for the Fritz Lang film, but the temptation to take on this silent great must have been tantalizing.

Edgard Varèse hoped that film companies might take a lead in promoting electronic music.  In 1940, he wrote to a Hollywood producer: “Why not startle the imagination into a realization of the reality of the unfolding drama (whether of nature or human lives by the use of combinations of sound possible today but which never before today could have been produced?...It seems to me that the motion picture industry might profit, even in the dollar sense..) in having a laboratory or department for the study of the problem of a more complete and understanding use of the sound apparatus.”

This was not to be. Yet what stunning use we have, almost a century later, in the marriage of Romaneiro’s live electronic music with a silent film.

What immediately strikes the ear is the ‘track’. It is not only the music track. It is the effects track too. Gestures are highlighted by instruments. Rain is quite naturally the amplified whisking of a drumhead.  Of course music, whose scope of accepted sounds has geometrically increased in the last decades, can provide the effects track.  To my ear, this made the score all the more effective and intriguing.

Originally silent films were accompanied by pit orchestras and pit pianos.  Film accompaniment might be performed by an ensemble playing from a score compiled by the studio or the director and distributed with the film. An ensemble playing from a score compiled by a particular theatre's music director could be quickly assembled, perhaps guided by a cue sheet distributed by the studio, perhaps not. An individual musician, who might refer to the studio's cue sheet or simply improvise a score. The music they produced was not taken seriously by the music community.

The Theatre Organ was.  It had special pipes to produce sound effects. Yet the theatre organ has limitations.  There is only so much you can do with pipes.  While much of Romanerio’s score sounds as though it was inspired by the organ, robust, filling all the sound space at National Sawdust, it is so much more than that.  Opportunities for subtlety are offered by individual instruments and synthesizers.  All of the instruments are amplified, with microphones inserted in the piano keyboard, for instance, and inside the body of the string instruments.

The viola played with verve by Kallie Ciechomski, was often much louder than the other instruments. Sound engineers were turning up the knob.

Like so much of Lang’s work, this film is beautifully made.  The upper world of the one percenters is black and white. The lower world of the 99% is a warm brown.

A dramatic scene in which the female lead, Marie, arrives at the door of the leader of the 1% reminds one of Mary Pickford’s Sparrows, also made in the mid 1920s.  Other references suggest that future filmmakers had studied this work.  Marie, the heroine, hangs from a building dome like Fay Wray in King Kong. This could be an interior version of the top of the Empire State building directed by Carl Denham.  Chaplin’s Modern Times arrived a decade later and like Metropolis revealed the downside of machines, the difficulty of mastering its components.

Scene after scene provides inspiration for Romaneiro and the ensemble.  Andrew Cyr conducting does not miss a syncing opportunity.  Devices like the film’s compressed crowds and speeded up film are highlighted.  Lilting jazz captures the mood, particularly on the saxophones of Immanuel Wilkins. A pounding bass drives us forward.  Lyric moments entwine us in the romance between the boss’s son and Marie.

The Boston Symphony and MASS MOCA should bring this show to Tanglewood and North Adams tomorrow.  It is important music that will give audiences of all ages pleasure.

Metropolis Ensemble is up next on April 2  with Bell Orchestre and members of Arcade Fire at Merkin Hall.