A Raisin In The Sun Brilliant At Huntington 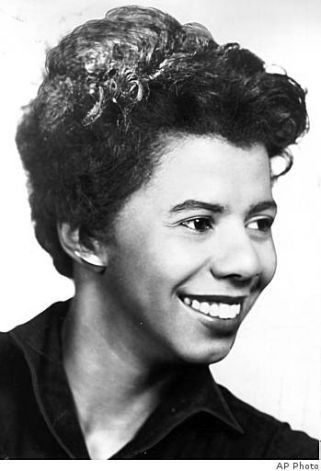 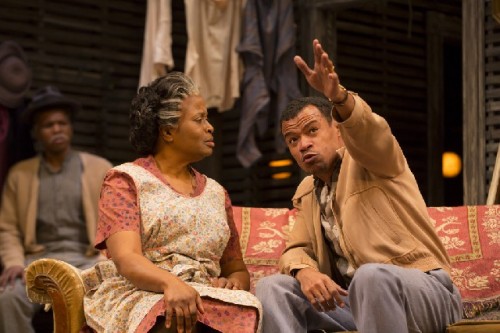 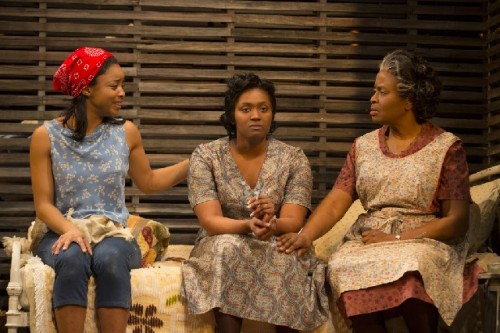 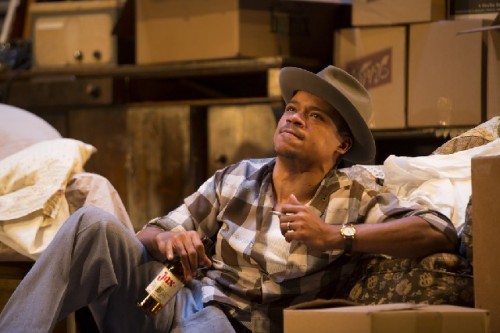 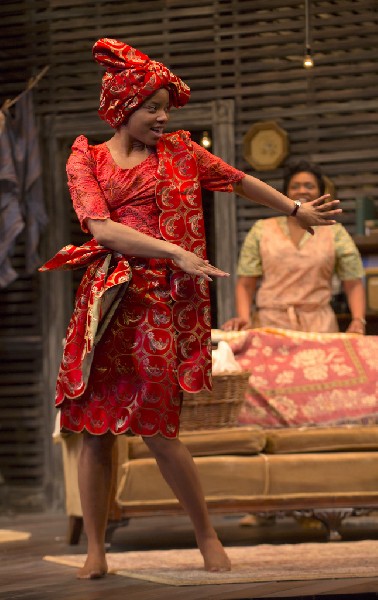 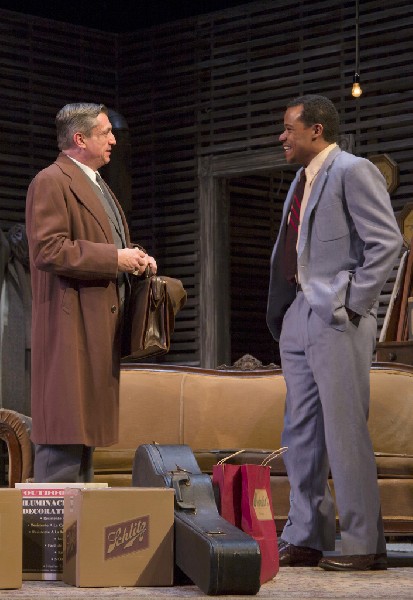 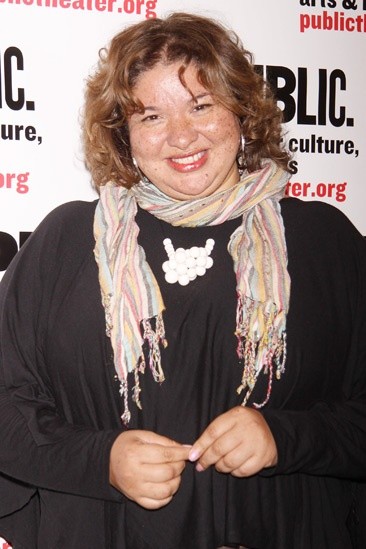 Prescient in its expression, Lorrain Hansberry's A Raisin in the Sun is a masterpiece about the struggle for dignity over prejudice. Based upon her own family's experience in suburban Chicago, it is not only a story of racism and housing discrimination, but it expresses a strong naturalistic Black voice as well as a Black consciousness.

Staged magnificently, the Huntington Theatre Company's current production of Rasin in the Sun is simply brilliant. Director Liesl Tommy and her creative staff have combined to make a mid 20th Century classic into a meaningful, exquisitely rendered theatrical contemporay event. It is about the dark side of our culture and the barriers for Black Americans to get ahead.

Before this play, the concept of the restrictive neighborhood covenant was a taboo topic. Other than a few academics and maybe a limited number of jurists, it was a subject no one addressed. It is not about just socio-economic conditions but also about familial and psychological ones as well. This is a play about a particular time in a particular place with universal connotations. Perhaps profoundly, it set the tone for soon to follow Civil Rights and Feminist activism.

Prejudice and discrimination are ugly vestiges of our American culture that  never seem to go away. Just as racism and restricted real estate are past and current evils that resonate today in an atmosphere of unrealistic racist deniability, Raisin in the Sun picks a scab of troubled historical oppression.

The drama's narrative follows the story of the Younger family waiting for an insurance check from the death of Walter Younger Senior. The money is going to his widow Lena, but her two children want the money for themselves. Her son wants money to invest to get out of his subservient position as a chauffeur. Her daughter needs money for medical school. But Lena herself wants a nice house for her family.

The story of the money is the play's journey. With a bit of it, Lena buys a moderately priced house. But the house is in a white neighborhood, and the neighborhood group wants to pay her not to move in. This is a crisis of dignity.

In 1959, Raisin in the Sun by the youthful Playwright Lorrain Hansberry (she was 28 when she wrote it) was the first play by a black woman to be produced on Broadway, and in addition Lloyd Richards was Broadway's first black director. Hansberry was the first black playwright (and the youngest) to win the New York Drama Critics Circle Award.

The play's title comes from Harlem Renaissance poet Langston Hughes' poem A Dream Deferred. The poem looks at Black culture as a potentially incendiary device waiting to "explode." Hansberry illustrates the pent-up anger and yearning of the Younger family in terms of generational dreams deferred.

All of the actors are strong in this production. With a layered performance, Leroy McClain as Walter Lee Younger is particularly poignant. The matriarchial natural presence of Kimberly Scott as Lena Younger is wonderful. She brings a wisdom to the joy of her family and its future. Her's is a dignity of example, a totally embraced grace.

Ashley Everage as Ruth Younger is a transitional figure between tradition and contemporary modes of living. She is wife, daughter-in-law, mother. Her strength and family connections are made evident in the role. Keona Welch as Beneatha Younger is multidimensional as the evolving premed college student. Her performance is energetic and sparkling.

The most interesting portrayal is one that speaks no words but expresses volumes. Corey Allen plays the late Walter Younger Senior as a ghostlike presence. His emotionless, masklike face adds dimension and weight to the narrative. This a performance beyond mime and gesture that results in the sublime.

The set is spectacular. Constructed on a turntable, it slowly spins to show various rooms in the rundown, cramped Younger family apartment. It is meagerly furnished yet somehow functional. Young son Travis sleeps on the living room couch. Mother Lena and college student Beneatha share a room. Shared with neighbors, the communal bathroom is outside in the hall.

This environment expresses the family ethos as well as its organization. Scenic designer Clint Ramos and Lighting design Lap Chi Chu have brilliantly created a true sense of place if certainly not well being. The Huntington Theatre's stagecraft is always exemplary, but this is on a spectacular level.

Much credit must go to director Liesl Tommy for her magnetic interpretation of A Raisin in the Sun. The actors, their environment, movement and gestures are all functions of her thoughtful creativity. She has wrought a fascinating very human look at a time not so long ago and one that echoes loudly today.

A Raisin in the Sun is now a classic American drama. When it was first written, it was a dramatic and cultural break-through. Unfortunately, vestiges of that time of prejudice and discrimination still exist. This Huntington Theatre production is a brilliant contemporary translation. With a wonderful ensemble cast, and a spectacular scenic environment, this is theatre of contemplation, with performances of empathy and drama that strikes chords of recognition. It is a must-see play.